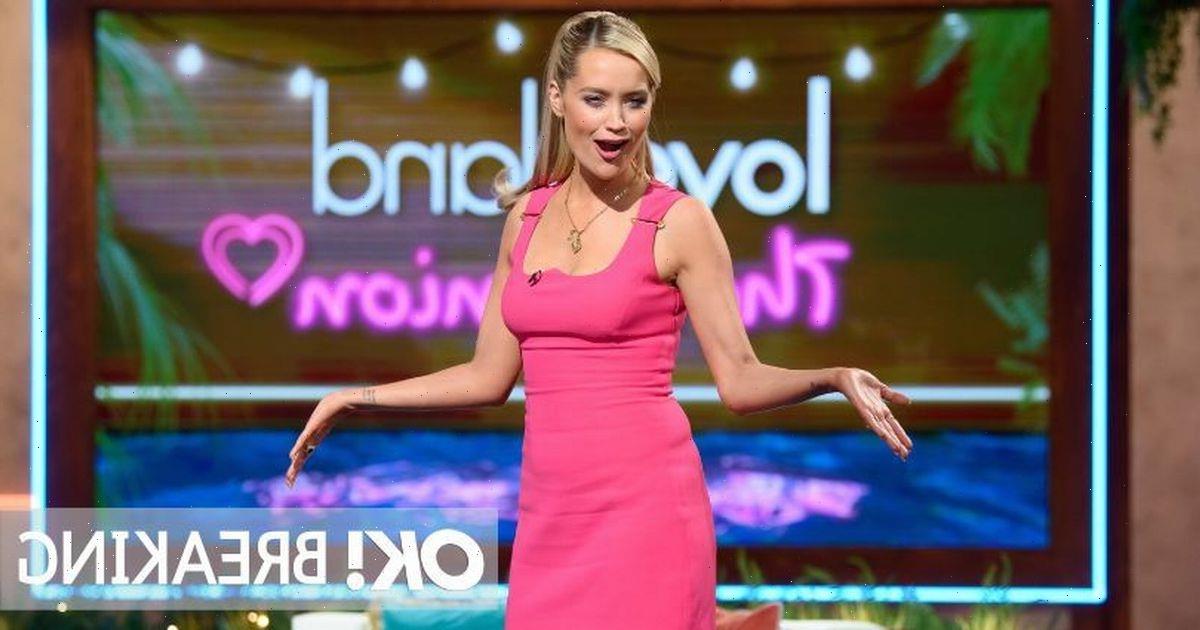 Laura Whitmore has announced that she won't be hosting the next series of Love Island.

The 37 year old took to Instagram to announce the news today (22 August) and explained how she'd found "certain elements" of the ITV2 dating show "very difficult".

Taking to Instagram, Laura shared a photo of herself from her time on the show and told her fans: "Some news! I won’t be hosting the next series of Love Island.

There are certain elements of the show I’ve found very difficult that cannot be changed some due to the format, including the flying back and forth to South Africa along with my new conflicting projects."

She then paid tribute to her late friend and former Love Island host Caroline Flack, who passed away in February 2020.

" I wish it was still possible but know you’ll be in safe hands. I was only planning to fill in for Caroline for a series and it turned into 3 series.

"I hope I did you proud Caroline," Laura concluded her statement alongside a red heart emoji.

The mum-of-one, who is married to Love Island narrator Iain Stirling, 34, was inundated with messages from her celeb pals and followers on Instagram.

Faye Winter, who appeared on last year's series, wrote: "She really would be proud! You done incredibily," while The Saturdays star Una Healy left a red heart emoji and crying face emoji under the post.

Vicky Pattison said: "You did wonderful mate!! You'll be missed," and ex-Islander Demi Jones added: "You were incredible! We'll miss you," with a red heart emoji.

Fans of the show also offered their support, with one person commenting: "Hope you're okay lovely Laura."

"Ah no that's sad. But you were great. Best of luck with all your new adventures," a second sweetly added.

ITV released an official statement regarding Laura's shock departure, which said: "Laura has been a fantastic host across the last three series of the show. We are so grateful for everything she has brought to the programme but understand and respect her decision, and we look forward to working with her on upcoming ITV projects."

Laura leaves big shoes to fill on the hit dating show as she also presented weekly Love Island spin-off show Aftersun, which saw celebrity guests and former Islanders join her to give their verdict on the past week's episodes.

Fans have already started to speculate who could be in line to take over hosting duties, with both 2022 winner Ekin-Su Culculoglu and Maya Jama being tipped to become the new Love Island presenter.

"Surely Ekin-Su is the obvious replacement for Laura Whitmore, right?" one Twitter user wrote, while another said: "Laura Whitmore ain't hosting no more! Wonder who's next, maybe Maya?"