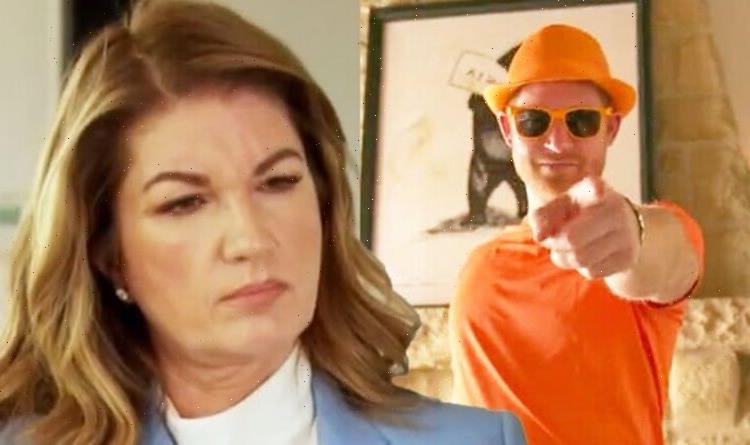 Karren Brady, 52, is known for her leading role in football and her time on The Apprentice as Lord Alan Sugar’s aid. The businesswoman has taken to her latest column to slam Prince Harry for his “royal wokeness” during a time when there is a war going on in Ukraine.

Prince Harry wore all orange in a promotional video for the Invictus Games.

Karren has hit out at the former royal for wearing orange to promote The Invictus Games, while The Queen and Kate Middleton showed their support to Ukraine.

Karren penned in her Sun column: “Prince Harry left this country to start a new life in America, where he set himself up as a moral crusader.”

He then discusses the “inspirational” actions we have seen from President Zelensky and Marina Ovysyannikova compared to Harry.

She continued: “Harry is now a laughing stock. Meanwhile, in La La Land Harry has been wearing orange from head to foot.

“His impression of the man from the Tango advert was for a video to celebrate the lead-up to the fifth annual Invictus Games.

“But while the rest of the world fears for the thousands in Ukraine who are losing their lives, Harry’s actions look crass.

“From a man who decided that his new job was to be a moral guardian, playing fancy dress right now makes him seem completely out of touch.”

Karren then admitted that if Harry went to America to be a gardener she might have been more accepting, however he has now made it clear his new role is to be a “laughing stock”.

The Apprentice star also took to praising Rebel Wilson for her hosting of the BAFTAs and in particular her joke directed at Prince Harry.

Rebel Wilson said: “From drama to horror, to fantasy, Harry and Meghan’s interview with Oprah had it all. “Unfortunately, that’s not nominated in this category, but some incredible films are.”

In response to Rebel’s wise comments, Karren penned: “He only has himself to blame.

“Harry has become a joke because of the choices HE made.

“I don’t doubt he is as appalled as anyone at the Ukraine horror and he has offered support in a number of ways.

“But he wants to have his cake and eat it.”

She also slammed him for not attending his grandfather Prince Philip’s service, when he was able to attend The Invictus Games.

Karren believes the prince has lost his “dignity”.

Similarly, earlier this week Piers Morgan hit out at the royal for missing his grandfather’s service.

He included a tick emoji next to “Super Bowl” and “Texas Rodeo”, with a big red cross emoji next to “Grandfather’s service”, highlighting the public events Harry had attended and comparing them to the one he was avoiding.