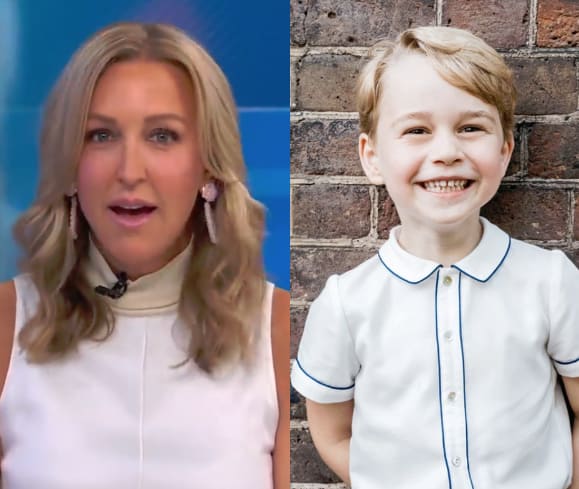 Even though Prince George is only six years old, his royal fame makes him a target for the most bizarre criticisms.

Lara Spencer, who should know better, used her platform on Good Morning America to shame him for attending ballet lessons.

The backlash was swift and intense, and Lara has issued multiple apologies. Is it enough?

Lara Spencer was reading over six-year-old Prince George’s academic activities, including standard subjects and others like computer science.

She comments: “I have news for you, Prince William: We’ll see how long that lasts.”

She then says, as if quoting George: “Between the religious studies and the computer programming, I just want to go back to the Play-Doh!”

The backlash came for multiple reasons.

First and foremost, a lot of men who study dance recreationally or even professionally experienced merciless bullying due to attitudes like hers.

Some faced homophobic ridicule or even violence for learning ballet.

Others took issue with the fact that Lara — or anyone — had the audacity to criticize or shame a 6-year-old child for anything.

Music legends, dance legends, Tony Award winners, and others took to social media to take Lara to task for her words.

She is an adult and should have exercised better judgment.

She took to Instagram to clear the air after the massive backlash became too much to ignore.

“My sincere apologies for an insensitive comment I made in pop news yesterday,” Lara wrote.

Her caption continues: “From ballet to anything one wants to explore in life, I say GO FOR IT.”

“I fully believe we should all be free to pursue our passions,” Lara expresses.

She then encourages her followers: “Go climb your mountain-and love every minute of it.”

“I screwed up, I did,” Lara said on Good Morning America on Monday in a planned apology segment.

She continued: “The comment I made about dance was insensitive.”

“It was stupid,” Lara acknowledged. “And I am deeply sorry.”

She then aired a segment in which she spoke to men who had done ballet about why they loved it — and about the stigma they had faced.

Lara did a very good job of showing how thoroughly she understood how a few thoughtless words could hurt so many people.

We have to say … it’s not entirely clear if Lara’s screw-up had all that much to do with ballet.

Listening to her words, it almost sounded as if she were just saying that Prince George has quite a schedule for a six-year-old.

The fact that she zeroed in on ballet and seemed to mock the idea that George was enthusiastic about it did not go over well.

If Lara’s intention was to say that he was overburdened for a young child, she could have picked on computer science or religious studies.

(Note, Prince George may very well become the head of the Church of England at one point, so it’s never too early to start his education on that)

Regardless of her intentions, it was smart of Lara to not try to “explain away” her words. A strong, heartfelt apology was the best way forward.