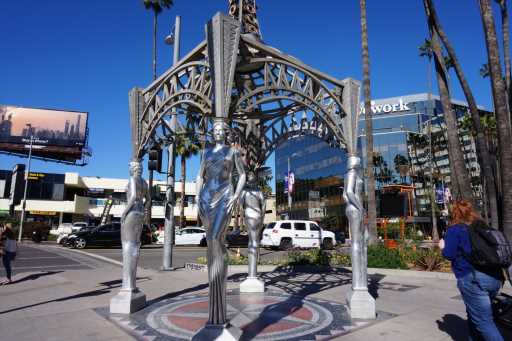 Los Angeles police have made an arrest in connection with the theft of an iconic Marilyn Monroe statue, according to local news reports.

Police on Friday identified the suspect as Austin Mikel Clay, the same man authorities said previously used an ax on President Donald Trump’s star on the Hollywood Walk of Fame.

Clay, 25, was convicted last summer of destroying Trump’s star and was on felony probation at the time of the statue’s theft.

The statue that topped the Ladies of Hollywood gazebo at the corner of Hollywood Boulevard and La Brea Avenue was reported swiped on June 16.

The small bronze-colored statue features Monroe in her iconic windblown dress pose from 1955’s The Seven Year Itch. It has graced the top of the silver structure that is held up by statues of Mae West, Anna Mae Wong, Dolores Del Rio and Dorothy Dandridge and celebrates film actresses representing different cultures who helped change the movie business.