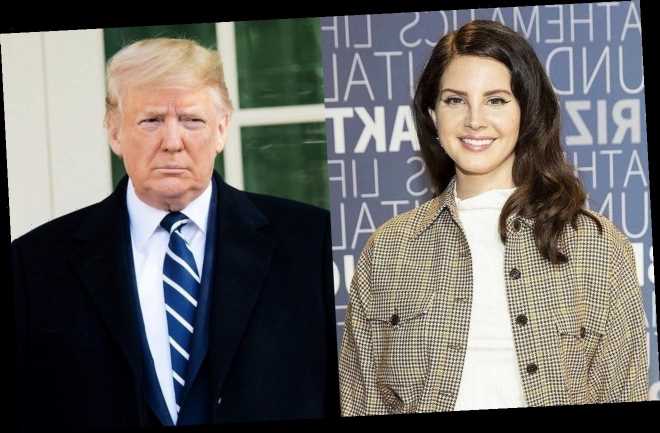 The ‘Summertime Sadness’ hitmaker calls the MAGA leader a ‘crazy person’ and insists the ‘madness’ of his presidency needed to happen to prompt change in the United States.

AceShowbiz –Lana Del Rey has insisted the “madness” of Donald Trump‘s presidency was necessary to spark change in the United States.

The “Summertime Sadness” singer, who reflected on the outgoing president’s four-year tenure during an interview with BBC Radio 1 presenter Annie Mac, branded the POTUS a “crazy person” and a narcissist.

“The madness of Trump, as bad as it was, it really needed to happen,” she explained. “We really needed a reflection of our world’s greatest problem, which is not climate change, but sociopathy and narcissism. Especially in America. It’s going to kill the world. It’s not capitalism, it’s narcissism.”

The “Video Games” star also opened up on the Capitol riots on 6 January (21), which were sparked by the Commander-in-Chief’s repeated claims of election fraud.

“If I go to the Brentwood Country Mart barefoot or whatever, I’m not insane; I’m connected to the earth… I think people are having to re-evaluate what is strange and not strange,” she said.

“Like watching the people storm the Capitol, everyone gets to go look at that and figure out what Capitols they’ve been storming this year in their own freakin’ lives. ‘Cause everyone’s running amok.”