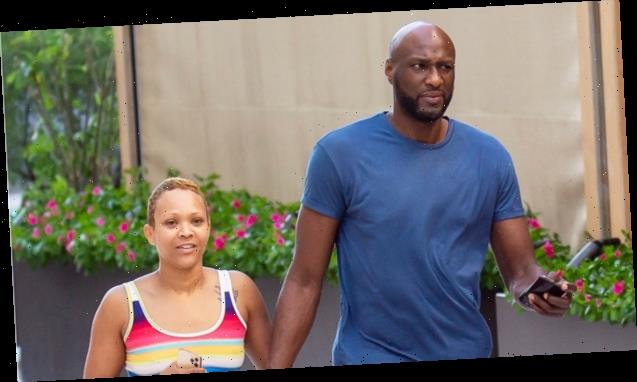 Lamar Odom appeared on ‘Wendy Williams’, where he spilled the tea like a tsunami! He admitted to cheating on his ex, Sabrina Parr and accused her of ‘sleeping’ with his ex-wife, Khloe Kardashian’s significant other.

Even Wendy Williams was shocked to hear Lamar Odom accuse his ex-fiancee, Sabrina Parr of being intimate with “my ex-wife’s significant other.” Lamar — who was a virtual guest on The Wendy Williams Show on February 11 — made the latter accusation after Wendy asked if he had ever cheated on Sabrina while they were together. Lamar and Sabrina, who confirmed their relationship in August 2019, announced that they had split in November 2020.

“I did,” Lamar admitted. “But, I‘m going to be honest with you, there’s some things that kind of always made me look at her out of the corner with my eye. Like when she told me she slept with my ex-wife’s significant other,” he recalled, to which a surprised Wendy dramatically gasped.

As a reminder, Lamar has been married one time, which means his only ex-wife is Khloe Kardashian, whose current significant other is Tristan Thompson — the father of her 2-year-old daughter, True Thompson. Now, let’s be clear: Lamar never named his “ex-wife’s significant other,” and, he did not disclose a time when the alleged hookup took place. Therefore, many details about his claim are unknown.

Meanwhile, Wendy was still stunned over the interview at that point, and began to name some of Khloe’s exes. “What year?” she asked — something many fans are asking on social media. “Come on Wendy you can put that together,” Lamar said, grinning. “I don’t say names if I don’t have too.”

Then, when Wendy said Tristan’s name, Lamar just looked at the camera and tried to switch the subject. “Damn! Khloe sorry!” Wendy, who’s friends with Khloe’s mom, Kris Jenner, said. She also mentioned Khloe’s latest admission on Keeping Up With the Kardashians, that she’s exploring baby No. 2 with Tristan, who she got back with during quarantine in 2020. 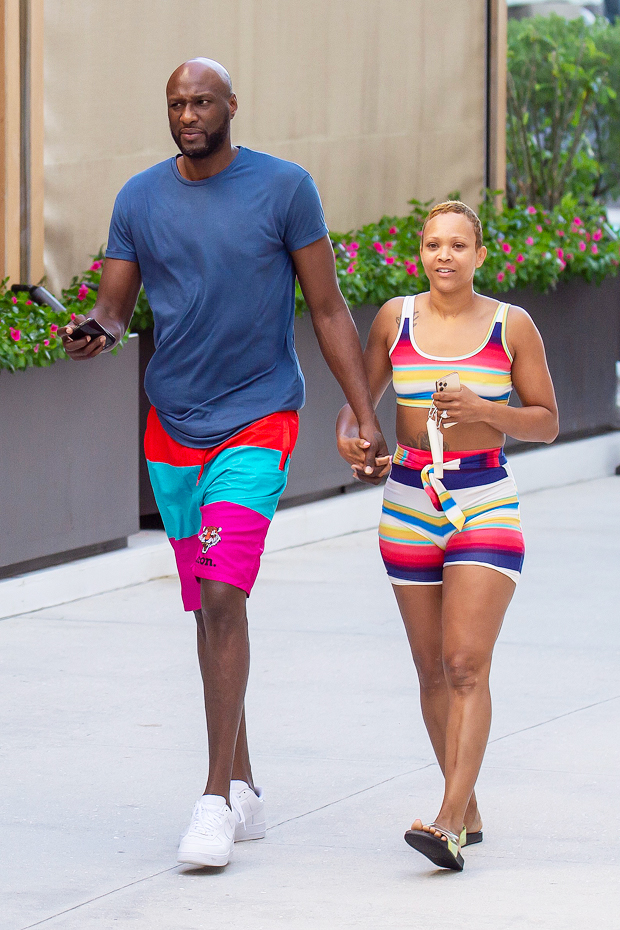 Later on in the interview, Lamar admitted that he regrets cheating on Khloe. “She was good to me. She’s a good woman,” the former NBA star said, which is something he’s echoed on numerous occasions.

Although Lamar said he doesn’t date or “smash” a lot, “because you gotta be careful nowadays,” he wouldn’t mind reconciling with Khloe.

“I’m fair game for that, but that’s all hypothetical, but I’d be game for that,” he told Wendy, adding, “I am very single in the middle of Atlanta where it’s 35-1.”