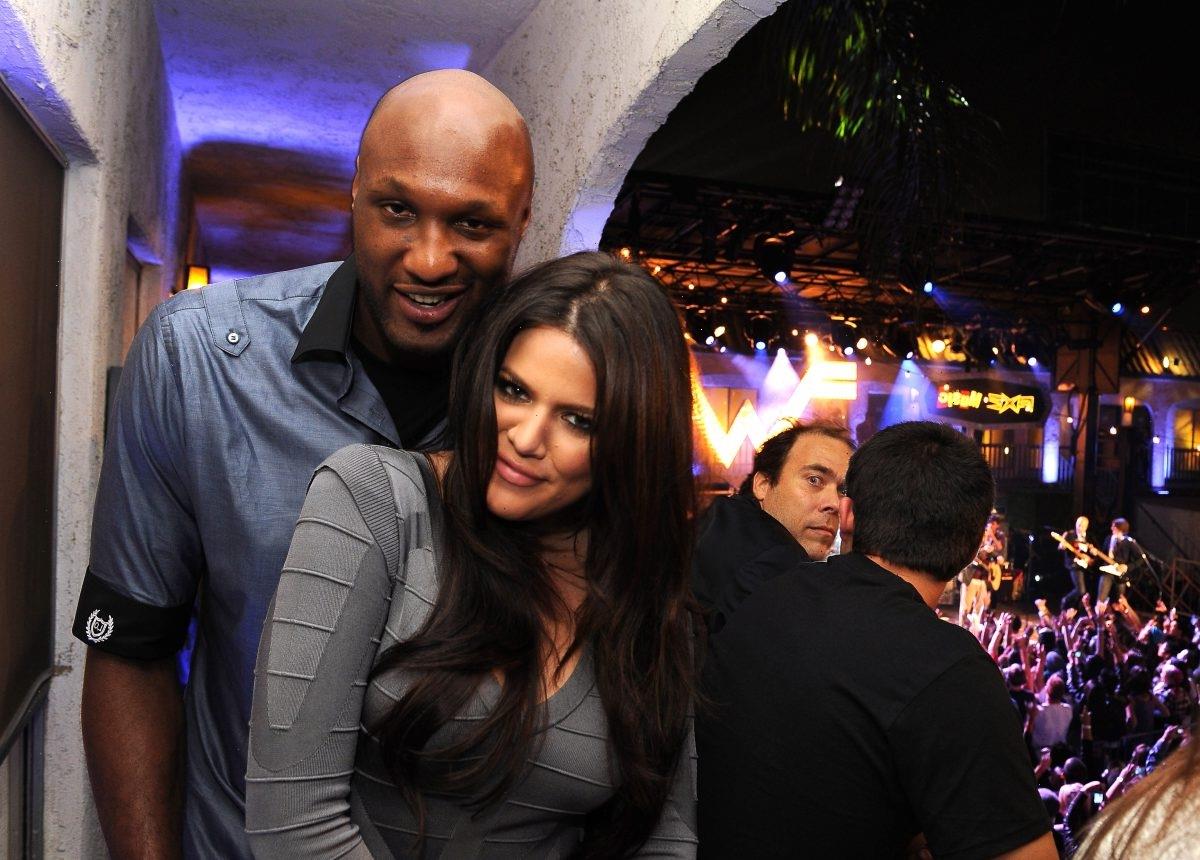 Lamar Odom has often spoken about his regrets when it comes to his marriage to Khloé Kardashian. However, he recently showered his ex with praise via social media. Unfortunately, Kardashian’s other ex and baby daddy, Tristan Thompson, didn’t enjoy seeing another man lusting after the woman he loves.

Before Odom and Thompson’s Instagram beef, the former Lakers player was reportedly concerned when Thompson cheated on Kardashian in 2018.

Odom and Kardashian got married on Sept. 27, 2009. At first, many Keeping Up With the Kardashians fans didn’t think the marriage was real. Some even felt the couple’s relationship was doomed because they decided to marry 30 days after meeting. However, they stayed together for almost eight years. Additionally, the couple had a reality show, Khloe & Lamar, and several other businesses.

In 2013, rumors about Odom’s infidelity during his marriage to Kardashian came to light. The former NBA star also struggled to control his crack/cocaine addiction. Eventually, the Revenge Body host filed for divorce after four years together. Following their split, Kardashian met Thompson on a blind date. The pair became official in late 2016, the same year the E! personality’s divorce was finalized.

Two years after they started dating, rumors began to swirl that Thompson was unfaithful to Kardashian. While she was pregnant with their daughter, True Thompson, the Boston Celtics players allegedly kissed another woman at a nightclub. According to People, Odom felt sorry for his ex-wife amid the cheating reports.

“Lamar feels terrible for Khloe,” a source shared back in 2018. “He wasn’t sure if he should reach out and see how she’s doing. He feels for her.”

The Darkness to Light author’s team didn’t respond to our request for comment.

Although Thompson and Kardashian reunited after he cheated on her, the couple faced another scandal the following year. In Feb. 2019, social media went into a frenzy after the KUWTK star’s boyfriend reportedly kissed Jordyn Woods. At the time, Woods was Kylie Jenner’s best friend and a longtime member of the Kardashian family’s inner circle.

Once the scandal broke, practically anyone related to the Kardashian-Jenners was asked about Thompson’s infidelity. While promoting his 2019 memoir, Odom said his former wife didn’t deserve the public ordeal.

“It’s a bad situation,” he said. “She doesn’t deserve that. She’s a beautiful person from the inside out. You know, [it’s] just a man being as stupid as I was. Just a bad decision.”

Odom and Thompson both recently commented on Kardashian’s Instagram

After Kardashian learned of Thompson and Woods’ affair, the 37-year-old reality star ended their relationship. However, they reunited amid the coronavirus (COVID-19) pandemic. Thompson even made several appearances on the last episode of KUWTK.

Unfortunately, Kardashian and Thompson’s relationship is reportedly in trouble again. In 2021, several reports have circulated stating that the former Cleveland Cavaliers player cheated on his daughter’s mother again. Following the rumors, Kardashian has reportedly ended her romantic relationship with Thompson again. The pair are allegedly focusing on their co-parenting relationship.

Despite their split, Thompson continues to share his love for Kardashian on social media. On Friday, July 9, the athlete commented on his ex’s bikini photo. Around the same time, Odom left a remark and called Kardashian a “hottie.” Once Thompson read the mention, he left a comment directed at Odom.

“God brought you back the first time,” True’s dad wrote. “Play if you want, different results.”

Kardashian has yet to respond to the Thompson and Odom beef.