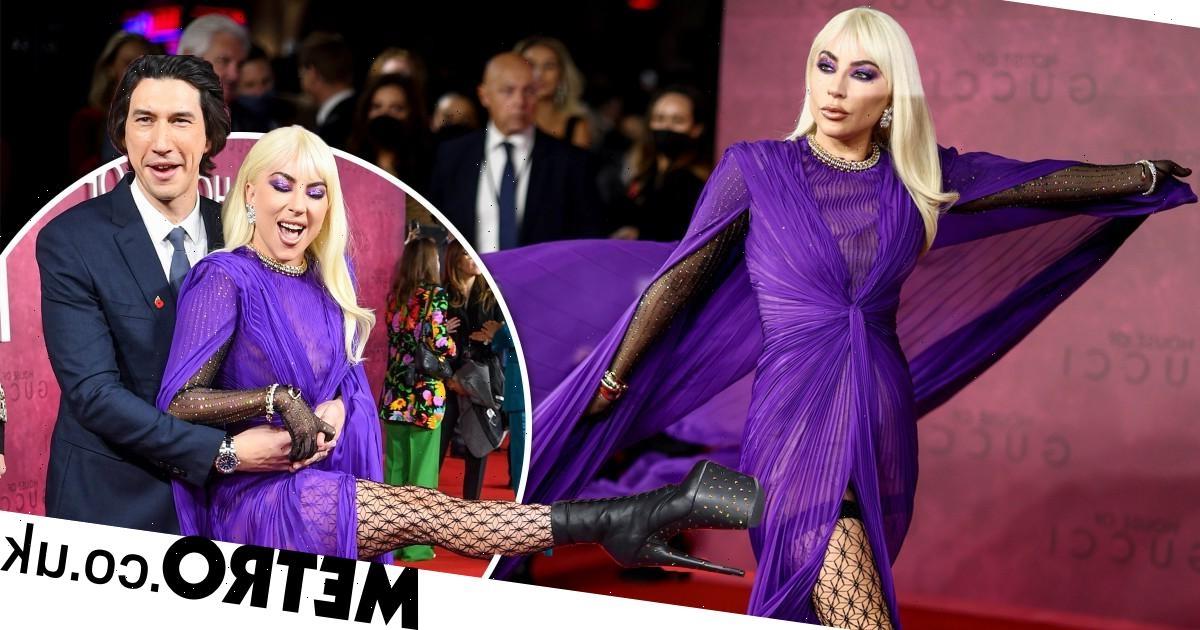 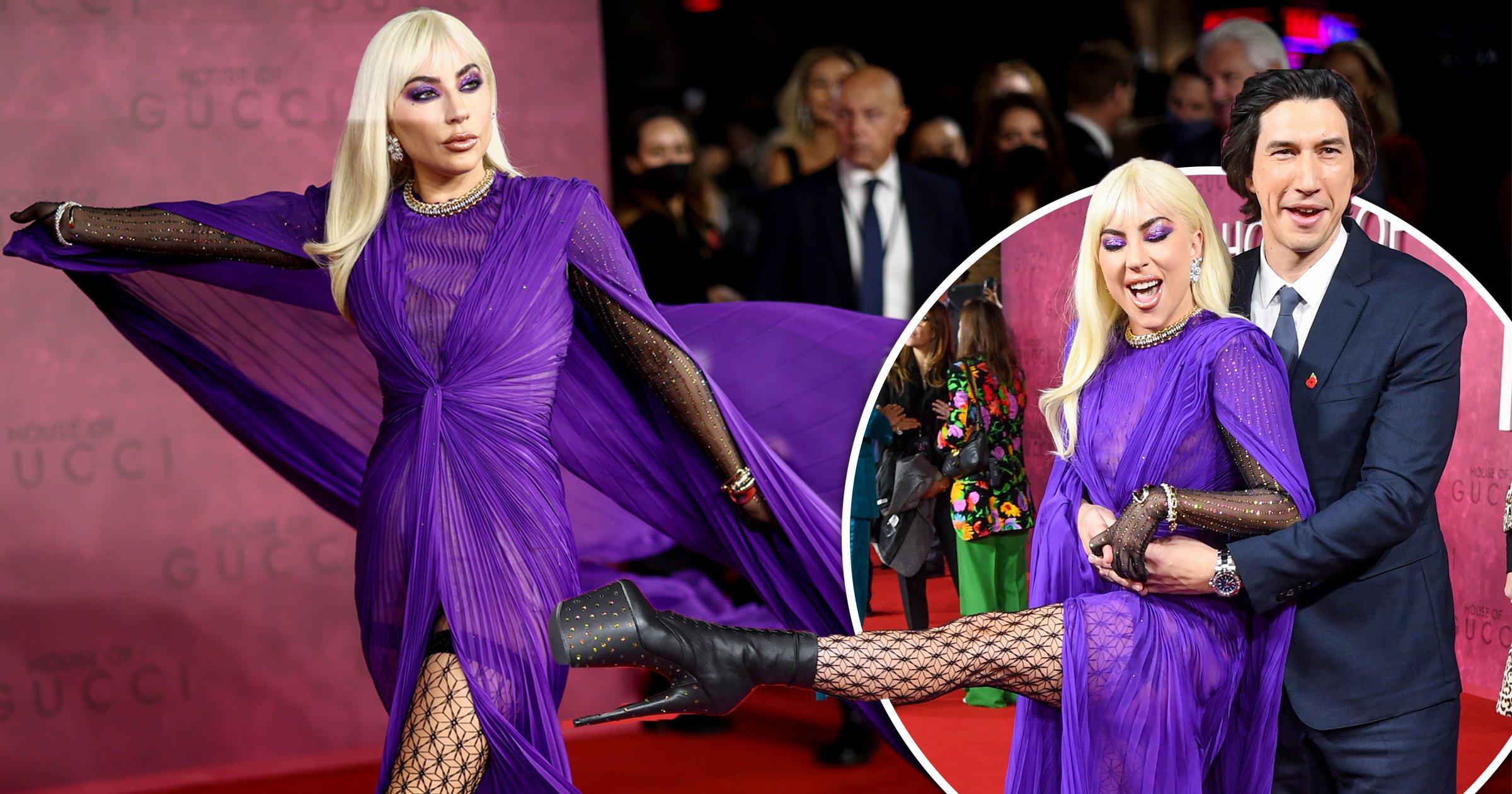 Lady Gaga has given us everything we were missing from red carpets as she absolutely stunned at the House Of Gucci premiere alongside her co-stars Adam Driver, Jared Leto, and Salma Hayek.

The Bad Romance hitmaker, 35, looked like an absolute dream as she rocked a purple gown and platform boots and cuddled up to co-star Adam, 37.

The pair, who star as married couple Patrizia Reggiani and Maurizio Gucci in the movie, looked to be having a blast, as the Star Wars actor held Gaga – real name Stefani Germanotta – by the waist, with the pair posing for the cameras together.

Salma Hayek, who’s just celebrated the release of her Marvel movie Eternals, stunned once again on the red carpet in a gorgeous golden gown, posing with her co-stars. She was seen embracing Gaga as the pair enjoyed the event together.

Jared, who’s playing Paolo Gucci also made quite the entrance, rocking a bold blue suit and carrying an embellished anatomical heart as a clutch bag.

House of Gucci will tell the true story of the assassination of Maurizio Gucci and the breakdown of the Gucci family’s fashion dynasty, where Patrizia was convicted of orchestrating her ex-husband’s murder in 1998.

A recent trailer highlights how Patrizia is introduced to the wealthy fashion family and shows how her husband fails to accept her even after they marry.

The film, directed by Sir Ridley, is based on the book of the same name, The House of Gucci: A Sensational Story of Murder, Madness, Glamour, and Greed by Sara Gay Forden.

House Of Gucci is Gaga’s first film since her Oscar-nominated turn in 2018’s A Star Is Born.

Safe to say it’s just as highly anticipated with fans!

House of Gucci is released on November 26.