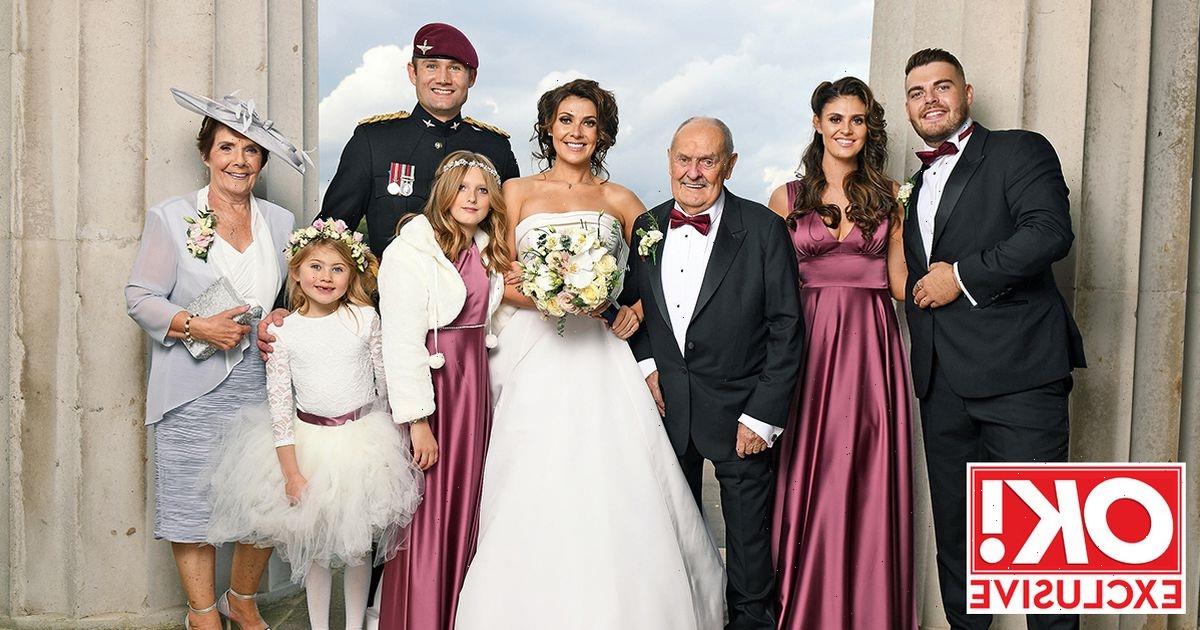 Kym Marsh has revealed she paid two touching tributes to her late son Archie as she tied the knot with new husband Scott Ratcliff earlier this month.

Explaining that she wore a necklace which featured a cherub as she walked down the aisle at the Royal Memorial Chapel at Sandhurst, Kym said it “symbolised” Archie, who tragically passed away in 2009.

Speaking exclusively to OK! , the 45-year-old opened up on the meaning behind her jewellery choice, saying: “[My children] David, Emilie and Polly bought it for me as a Mother’s Day present to symbolise Archie.”

The former Coronation Street actress continued: “I never take it off and I really wanted to wear it as it represents Archie.”

However, that wasn’t the only way in which Kym ensured Archie was a special part of her Army Major Scott’s big day.

The Morning Live star went on to explain: “The other thing we did was have yellow roses dotted around.”

“The yellow rose is Archie’s flower, so we decided we’d put them around the place to symbolise him.”

Other members of Kym’s family also took on pivotal roles during the ceremony and ensured the day went off without a hitch.

Kym explained: “They were all in the bridal party. Emilie was my chief bridesmaid. David was one of Scott’s ushers.”

The actress and TV presenter continued: “My Polly was chief of the little bridesmaids. And we had Renée and my granddaughter Polly as flower girls and Teddy as my page boy.”

Kym also chose her former Coronation Street co-star, Alison King, who plays Carla Connor, to be one of her bridesmaids.

And Antony Cotton, aka Weatherfield’s Sean Tully, had his very own special part after introducing happy couple Kym and Scott in 2018.

Speaking about the famous faces on her guest list, Kym said: “Alison King was a bridesmaid as she’s one of my best pals.”

“And Antony Cotton was master of ceremonies, so he was part of the bridal party – he’s very special as he introduced us.”

To read more from Kym Marsh's special day, sign up to our daily OK! newsletter.