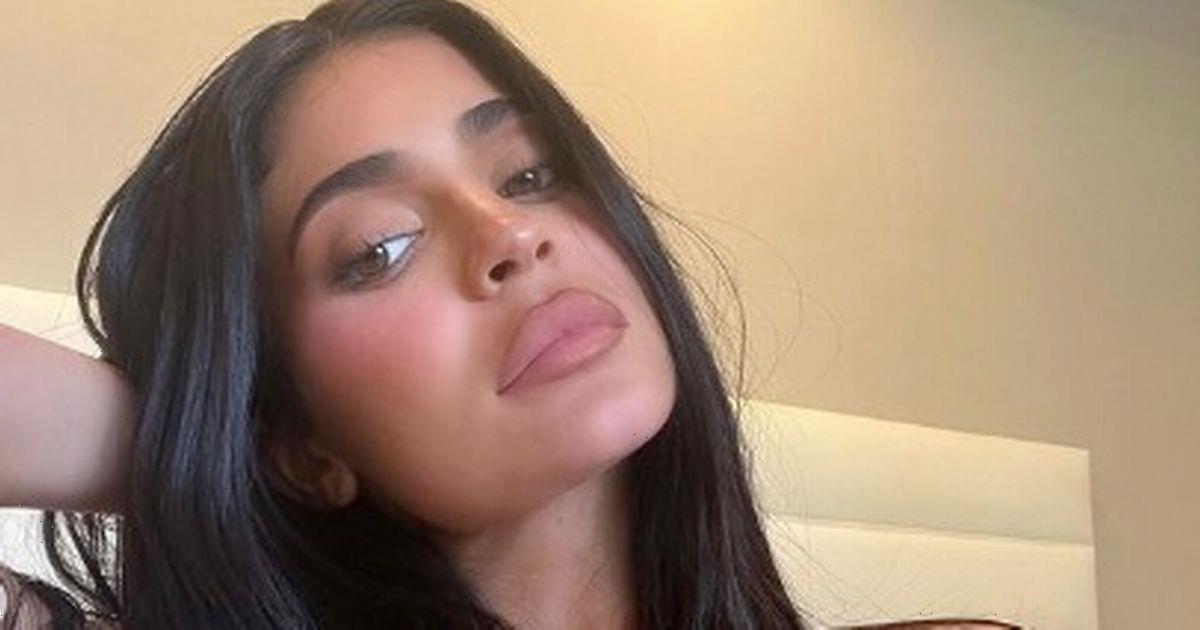 Kylie Jenner has deleted a racy video of herself, after posting it to Instagram to promote the Black Friday sale for her makeup brands, including KylieSkin and KylieCosmetics.

The 25 year old star had put together clips from her makeup sessions, in which she could be seen wearing just a bathrobe, while she sat in her makeup chair.

At one point in the video Kylie switched into different robes and teased her cleavage, as the video continued the star showed off her makeup skills as she added blusher and bronzer to her cheeks and glossed her lips.

Throughout the video the song Down in Atlanta by her on-again-off-again partner Travis Scott, could be heard.

However, the mum-of-two appears to have changed her mind on keeping the post up, as a "Sorry, this page isn't available" messages now sits in place of the video.

It comes after Kylie confirmed that her son's name is currently still Wolf, despite having previously revealed that she had plans to change the name after realising the name didn't suit the tot.

Shortly after their son’s arrival, Kylie took to Instagram to reveal that they’d changed his name.

“FYI our son's name isn't Wolf anymore,” she shared at the time. “We just really didn't feel like it was him. Just wanted to share because I keep seeing Wolf everywhere."

However, she has now revealed that her son is still named Wolf, and on a recent episode of The Kardashians, she said: "My baby’s name is still Wolf. I’ll let you guys know when I change it.

“Maybe I’ll tell you guys in season three,” Kylie went on to tease.

Kylie has previously opened up on her struggles about changing her son’s name as Travis “kept changing it”.

"I think we know his official name," she teased to mum Kris Jenner over the summer.

"I'm not going to announce it yet, because god forbid we change it yet."

The beauty mogul then explained to the camera: “It hasn't been changed legally yet. Travis still changes his name a few times.

"He'll come back and be like, ‘I really like this name’. Then for the day he'll call him that. I'm like, ‘We can't do this again’. I'm waiting for him to name himself."

Kylie has also explained that she didn't have a name in mind when she went into labour and hoped it would just come to her when she saw him, "but it didn't."