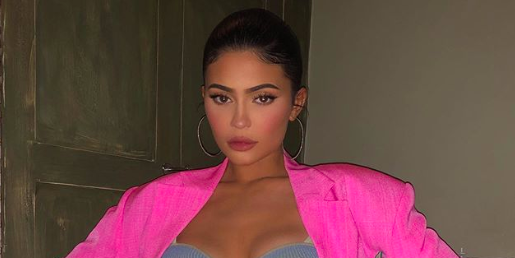 Thanks to the new “like count ban” on Instagram, Influencers the world over are breaking down into actual tears over potentially losing their sponsored content deals. But one person who quite literally never has to worry about brands sponsoring her Instagram? THIS GIRL:

According to Hopper HQ’s yearly list of highest paid Instagram Stars, Kylie is making insane amounts of money—earning up to $1.2 million for a single post. Apparently Kylie charges $1,266,000 per post on average, which is up from last year, when she was charging about $1 million.

Next on the list is actually Ariana Grande, who could get away with charging $996,000 per single Instagram post if she wanted to—though TBH she doesn’t really ~do~ SponCon in the same way the Kardashians do. And speaking of the Kardashians, Kim is obviously on this list and earns up to $910,000 per post.

Will miss you Miami 💦🌴🐊 SWIPE FOR SURPRISE

FYI, Instagram’s new like count ban has already been rolled out in Canada, Australia, New Zealand, Ireland, Italy, Japan, and Brazil. Essentially, the company said it wants to create “a less pressurized environment” by allowing users to see who liked *their* posts without seeing how many likes other people got. Obviously, this is going to have a huge impact on sponsors knowing how engaged a potential influencer’s audience is, so we’ll see how it goes!