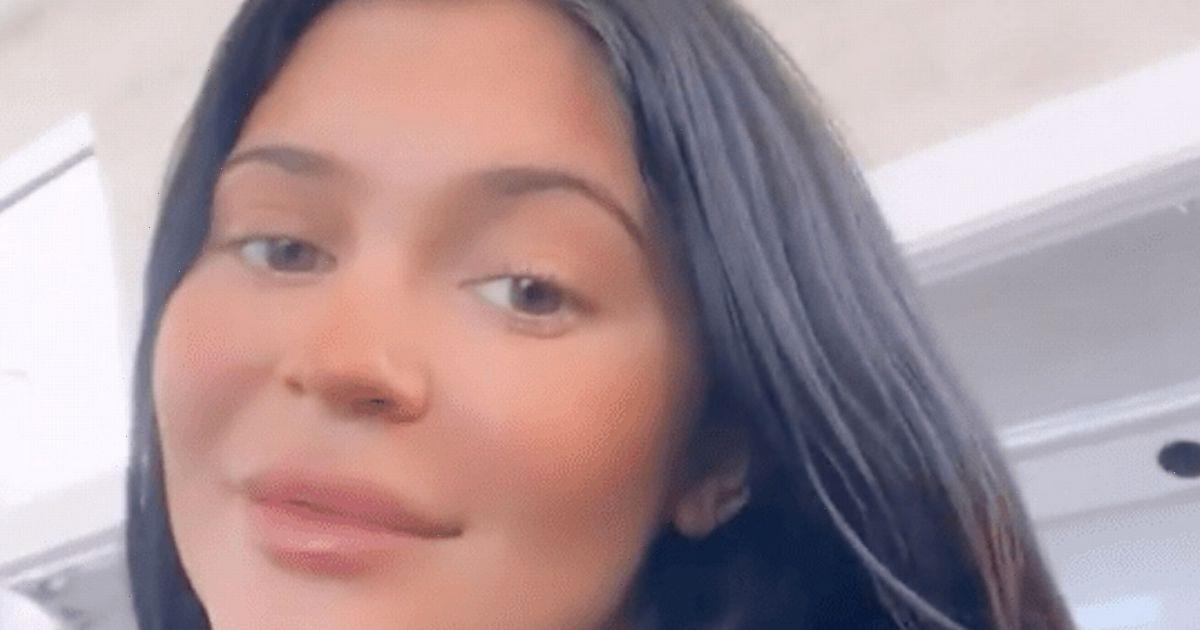 Kylie Jenner has opened up on the difficulties she's faced since giving birth to her baby son Wolf last month.

The 24 year old reality TV star and makeup mogul, who also shares daughter Stormi, four, with boyfriend Travis Scott, 30, took to her Instagram stories to talk about the reality of having another baby.

Posting a string of video messages, the youngest Kardashian-Jenner sibling, who will open up more on her pregnancy and birth in the new series of The Kardashians in April, began by addressing other mothers on her page directly.

The star said it's been a "hard" experience for her this time around, harder than when she gave birth to Stormi.

"This experience for me personally has been a little harder than with my daughter. It’s not easy mentally, physically, spiritually. It’s just crazy.

"I didn’t want to just get back to life without saying that."

The Hulu beauty, who was wearing a plain black T-shirt and showed off her glowing post-baby complexion to the camera, chose to style her hair in a casual brushed out look as she continued to share videos.

"I just wanted to say that. I didn’t even think I’d make it to this workout today but I’m here and I’m feeling better. So you got this. It’s okay not to be okay."

The star went on to say that in the weeks following labour, she realised she was putting pressure on herself to recover and become super mum raising both her children.

Still struggling, Kylie eventually started reminding herself she "made a whole human", and a "beautiful healthy boy".

"We have to stop putting pressure on ourselves to be back – not even physically, just mentally – after birth.

"Just sending some love. Love you guys," the mum-of-two added.

While the couple have gone through some rocky patches and even had a break from their relationship in 2020, it wasn't long before they reconciled.

Kylie and Travis announced they were expecting their second child last year, and the former confirmed their little bundle of joy had arrived with a sweet black and white photo of the siblings on her social media in February.

For all the latest celebrity news, sign up to our daily newsletter here .