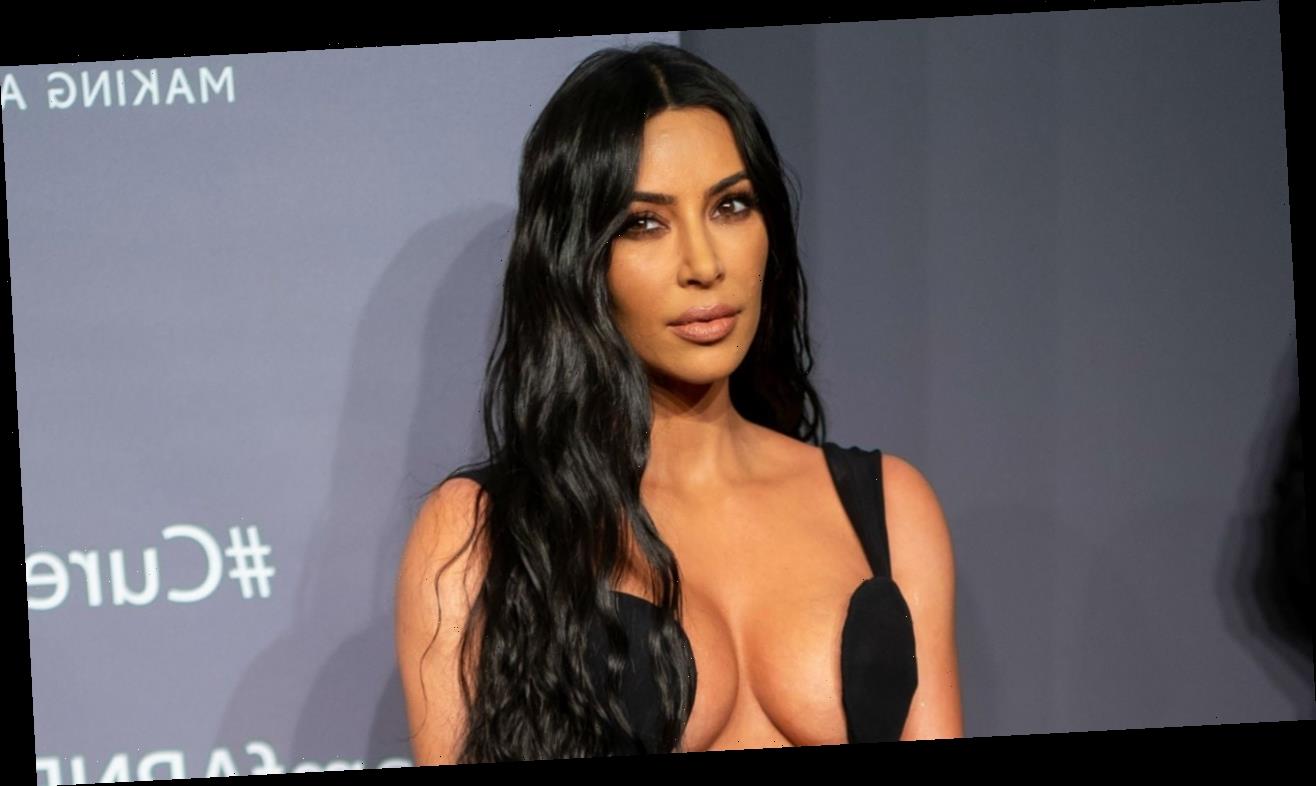 Kim Kardashian West might be a little late to the game, but she’s just as obsessed with Bridgerton as we all are. On Sunday, the reality superstar shared on her Instagram Stories that she was finally watching the Netflix hit with her good friends, Stephanie Shepherd and Tracy Romulus, and to say she went on an emotional journey is an understatement.

Kim started off with a screenshot of the show’s main characters, Daphne Bridgerton (Phoebe Dynevor) and Simon Basset (Regé-Jean Page), writing, “It’s finally happening!!!” She followed it up with, “I’m not ok!!!” alongside a screenshot of Daphne and Simon dancing. More reactions included “What is happening?!?! I’m not crying!!!” and a video of her and her gal-pals squealing and clapping in delight when Daphne and Simon kiss.

Kim also couldn’t help whispering at the screen during a dramatic scene involving Simon romantically chasing after Daphne, “Chase her! Yes … Yes, go get her!” 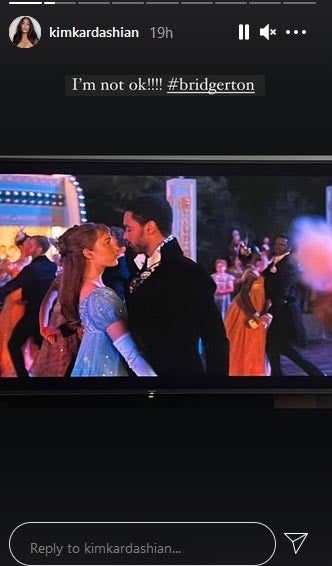 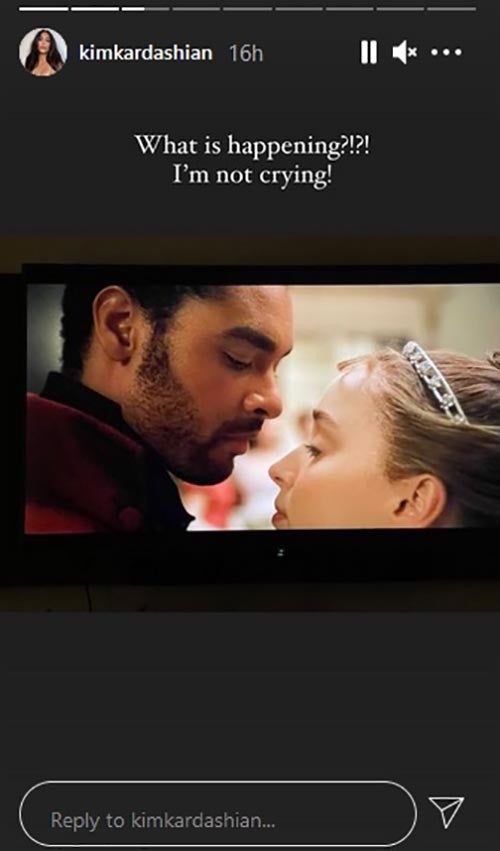 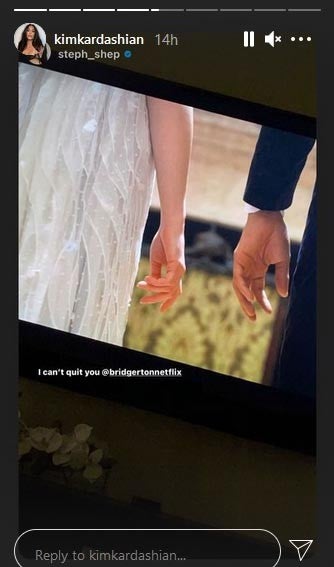 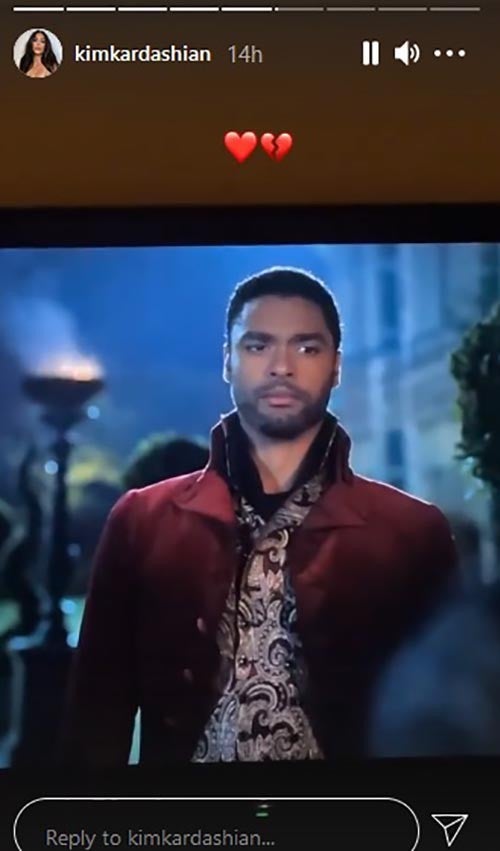 Kim is clearly as taken with 31-year-old Page as the show’s dedicated fans. The actor virtually spoke to the press at the NAACP Awards on Saturday, after he took home the award for Best Actor in a Drama Series for his work on Bridgerton. Watch the video below to hear him talk about why the award means so much to him.

NAACP Awards: Regé-Jean Page on ‘Bridgerton’ Success and What He’s Learned From Simon