The ‘SNL’ star and SKIMS founder were seen doing some low-key shopping at an outlet store over the weekend!

It’s hard to resist a good bargain! Kim Kardashian, 41, and Pete Davidson, 28, were seen out shopping together over the January 8 weekend, shopping at the Camarillo Premium Outlets in California, in photos first shared by the gossip Instagram page Deuxmoi. The pair were both dressed in low-key black outfits as they went for the stroll at the discount shop.

Other than their excursion to the outlet store, Kim had another shopping trip with her daughter North and niece Penelope on Sunday January 9. The Keeping Up With The Kardashians star treated North and Penelope to a girls’ day of shopping out in Malibu, where the little ones were dressed in fashionable outfits, while Kim rocked a large leather jacket. The shopping day came after Kim and Pete kicked off the new year together with a romantic vacation in the Bahamas. 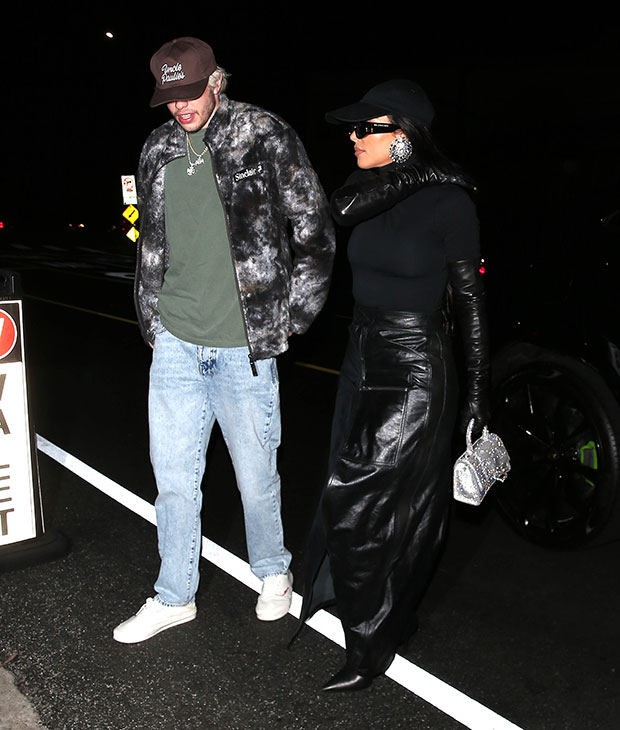 After returning to the States from the vacation, Pete unwinded by watching a Los Angeles Kings game with his friends once they got back! Since Kim and the SNL star sparked their romance back in October, the pair have seemed crazy about each other. A source close to Pete revealed to HollywoodLife exclusively that he’s super committed to Kim. “He is easing into this relationship differently as he has noticed that it is actually the most important relationship he’s ever had,” they said. “This relationship with Kim in Pete’s eyes has a lot of legs too it and he refuses to screw it up.”

Before starting 2022 with a tropical vacay, Kim and Pete also spent lots of time with each other over the holidays. The comic was seen spending lots of time in Los Angeles, and the pair were even spotted having a romantic post-Christmas lunch together.