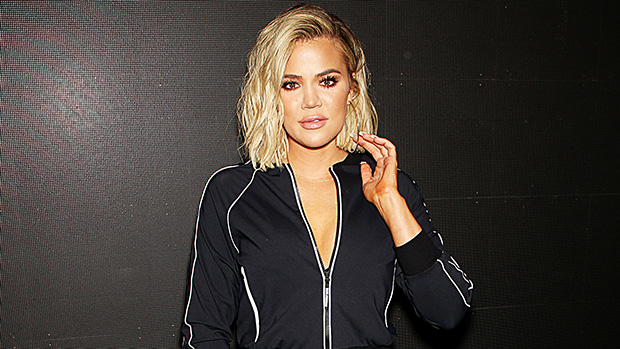 Skinny minnie Khloe Kardashian is at her smallest weight yet, but in a new interview, she revealed that she had to lose 40 pounds to get there.

Khloe Kardashian, 35, got incredibly honest about her weight loss in a new interview, revealing that at one point, she weighed as much as 203 lbs. The eye-opening chat, which was actually hosted by the reality star’s mom, Kris Jenner, 63, gave fans a direct insight to her fitness journey. “I gained 40 pounds during my pregnancy. I was 203 lbs. when I delivered, which blows my mind,” she said in the video. “You think you’re going to have a baby and all of it’s going to come out, and then you leave the hospital and you’re like, ‘What is going on? Why do I still have all of this weight?’” Khloe could be heard saying.

A sympathetic Kris then chimed in with her own revelation. “Back in the day, when I had my first baby, Kourtney, we didn’t really have things like Spanx and stretchy clothes,” she told her daughter. “We wore maternity clothes and afterwards I thought, ‘I’m getting rid of these big baggy dresses — I’m going to slip on my jeans.’ After one month of eating good and exercising, I put on my jeans thinking, ‘I am a rockstar’ — and they wouldn’t go over my knees. So it was back to the drawing board. I did not know what to do. I was so disappointed.”

The video arrived after Koko faced major backlash for using the word “fat” in the June 30 episode of Keeping Up With The Kardashians. While Facetiming a friend of Tristan Thompson’s, the star lost herself in a Tequila-fueled rage. “Liar! Liar! Tristan f**k you if you can hear me! They both admitted it to me. Both of them. Fat f**king a**holes,” Khloe yelled into the phone. Considering that Khloe combats body-shaming with her weight loss show, Revenge Body with Khloé Kardashian, fans were upset by her word choice during the phone call.

Meanwhile, it’s inspiring to see Khloe shed so many pounds after revealing that she was at first disheartened by initial results she saw. “As soon as I got clearance from my doctor, I was [in the gym],” she said in an interview with People. “I was so excited to start working out again. Mentally I was there. But physically, I couldn’t do it. I was out of breath. I didn’t know how I was going to get to my end goal.” Just look at her now!