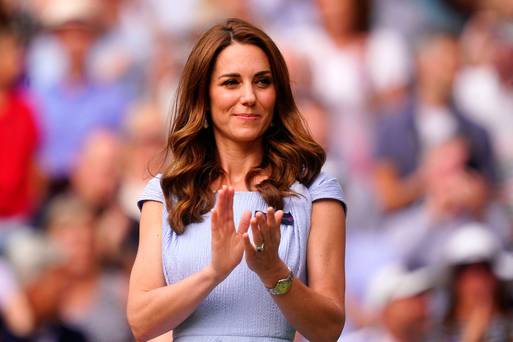 Kensington Palace has denied claims of Kate Middleton getting ‘baby Botox’ as “categorically not true”.

A side-by-side picture has been circulating on social media of Britain’s Duchess of Cambridge, originally shared by a cosmetic clinic in Essex Dr Medi Spa, purporting to show her ‘before and after’ having some subtle work done. In the first photo, she had wrinkles around her eyes and forehead, but they were much more subtle in the second picture.

Dr. Munir Somji suggested it could be the result of botox, noting in the now-deleted Instagram post, “Our Kate loves a bit of baby Botox” under two photos of the 37-year-old royal.

“Note the reduction of fine lines on the forehead. But also note the depression of the medial (middle part) brow but elevation of the lateral tail of the brow,” he wrote. Many were quick to note that at the time of the picture being taken last year, the youngest of her three children was six months old and also pointed out the difference between the sometimes harsh natural light of day in comparison to softer lighting indoors. When asked by the New York Post’s Page Six if Kate was a client of theirs, the clinic responded:  “We wouldn’t be able to disclose whether she is a client or not. We have non-disclosure agreements where we can’t disclose our high-end clients. We absolutely can’t comment at all that she has come to us.”

The palace, however, has denied any affiliation with the clinic and said the claims were “categorically not true”, adding “The Royal Family never endorse commercial activity.”

In the same way royals are forbidden from discussing politics publicly, they’re also not allowed to endorse commercial entities and thus use their incomparable influence for endorsements.