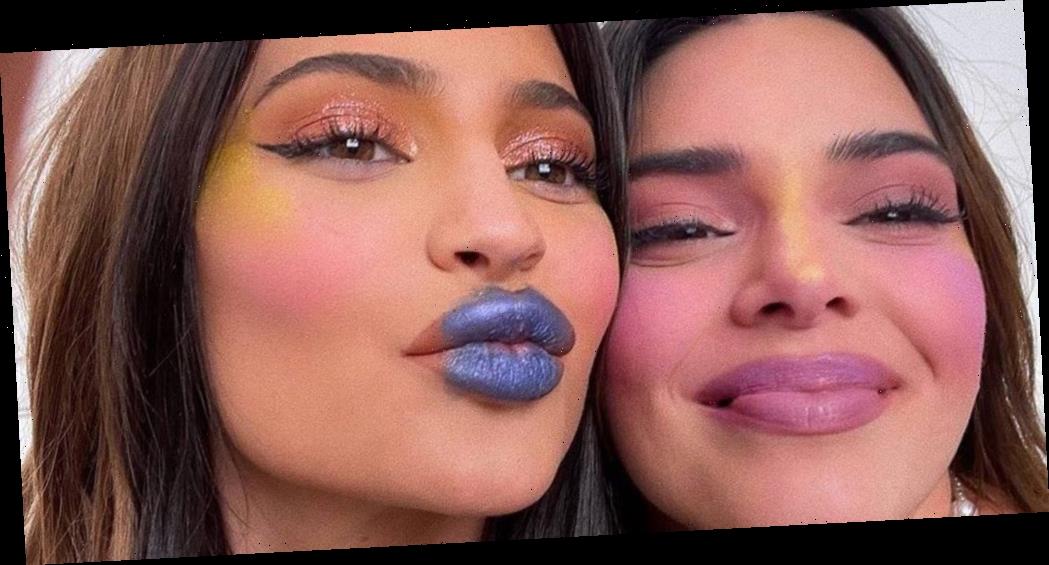 Super siblings Kylie and Kendall Jenner sat down for a "drunk get ready with me" video — and while there were plenty of laughs to be had, the two got unexpectedly emotional during the glow-up session. Fueled by Kendall's own 818 tequila, the sisters reflected on their relationship with makeup and each other.

"Are we really doing this?" Kylie yells at the beginning of the video before urging her sister to enjoy some of her tequila: "I think we should take two shots for good luck before we go in there. Cheers! Thank you for coming."

Throughout the video, which involves a day-to-night makeup transformation, Kendall opens up about getting away from her "comfort zone" both with her makeup and in sharing stories about her past. Fans that have kept up with the Kardashians over the 19 (and final 20th) seasons of their E! reality series know that Kendall isn't the most forthcoming sister.

"I feel like I could try and do a wing," Kendall said, noting that she was letting loose thanks to the 818. "I'm just really courageous right now because I have my liquid courage." The tears came later, after a video call with Kris Jenner. Kendall opened up about being insecure because she had dealt with acne as a teenager and tried to cover it up with makeup — though she says she didn't do a very good job.

"I don't know if I've told this story before," Kendall said. "When I would do my makeup for school, I had really bad acne … I remember the summer before ninth-grade was when my acne went crazy and I was like, 'Shit. I'm going into high school and this one guy was really hot and I'm gonna ruin all my chances.'"

"I didn't. We ended up dating," she continued. "It was the confidence that came from within that probably really turned him on to me. The point of the story is. I would have so much acne and I would try and do my makeup … I knew nothing about makeup at the time. I didn't know how to do my makeup, I'm in ninth grade. I remember every morning we would show up to school, dad would drop us off … and I'd look at you and be like, 'Can you see my acne?'"

That's when Kylie couldn't hold back her emotions anymore.

"Kendall, you make me want to cry," she said as her sister continued her story.

"Every day, you would say, 'No, you look beautiful.' And I knew you were lying but I appreciated you saying that," Kendall finished.

"It always made me sad to hear you talk about it," Kylie added as she cried. She added that she knew her sister's skin was a huge issue for her and that with a daughter of her own, she is more conscious about things like self-confidence.

"It's just when you have your own daughter, you just think about this. I knew it was your biggest insecurity," Kylie said. "And it always made me so sad."