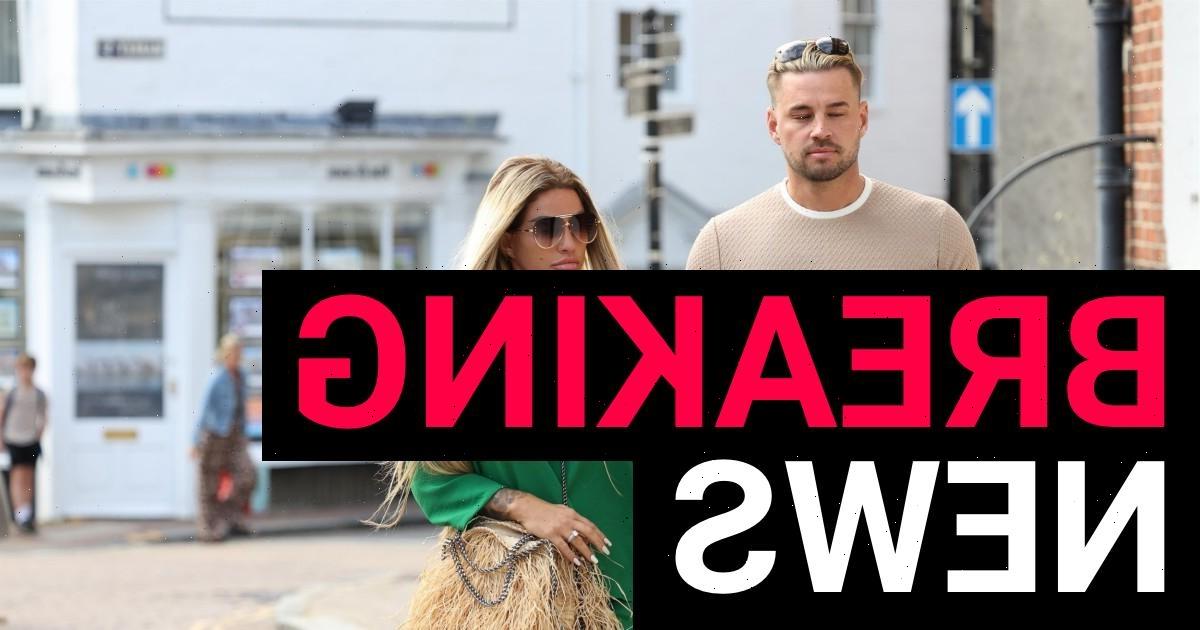 Katie Price was has dodged jail at her sentencing hearing at Lewes Crown Court today, after previously pleading guilty to breaching a restraining order and being warned she faced jail time.

She was handed an 18-month community order to carry out 170 hours of unpaid work.

On her way into court on Friday morning, the former glamour model, 44, had a foul-mouthed outburst, shouting at waiting media to ‘suck my d**k’ as she headed to the courtroom.

During an earlier hearing, Price – who was wearing a green suit and was supported by her fiance Carl Woods in court today – pleaded guilty to breaching a restraining order against her ex-husband Kieran Hayler’s fiancee Michelle Penticost.

She was accused of sending ex-husband Hayler a message on January 21, in which she branded his new partner Penticost, a ‘c***ing wh**e’ and a ‘gutter s*g’, while also accusing them of having an affair.

The reality star had been banned from contacting Ms Penticost directly or indirectly under the terms of a restraining order imposed in June 2019. 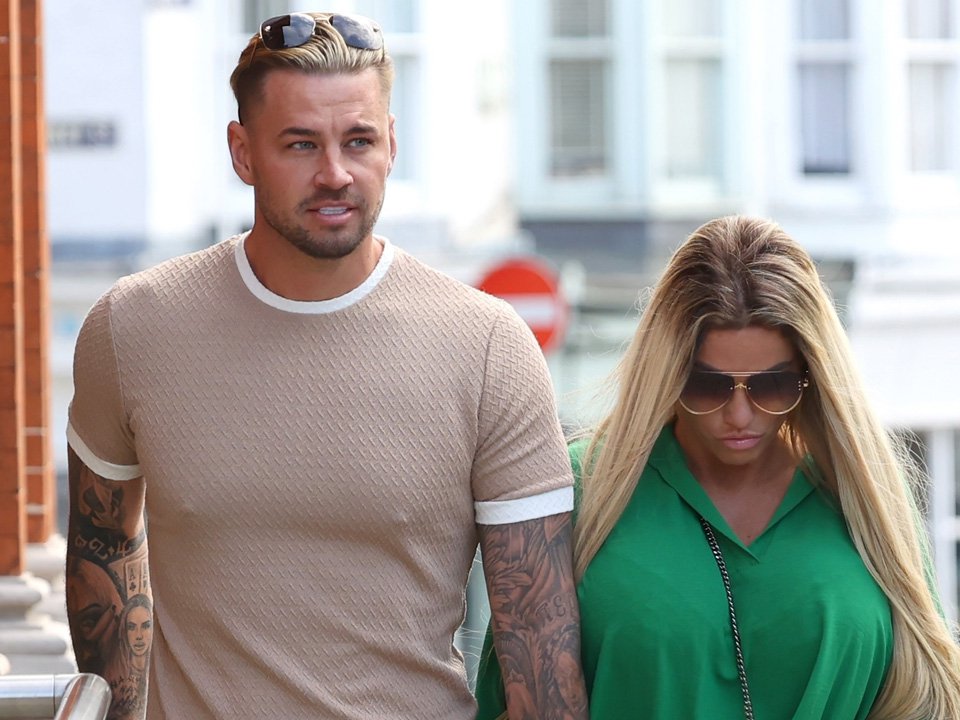 ‘She has a restraining order so shouldn’t try antagonise me as she is in breach and I’m sure she doesn’t want people knowing that she was having an affair with you behind my back. That gutter s**g.’

In a victim impact statement read to the court today, Penticost said the impact of the restraining order breach by Price had a ‘devastating effect’ on her mental wellbeing.

She said: ‘The impact of what Katie has done is very upsetting, I feel threatened and intimidated.

‘I feel demoralised and not wanting to go out. The language used made me feel scared. I felt it was an attack on me.

‘The consequences are I feel she will attack me. I felt by having a restraining order it would make me feel safe but by someone breaching it it has made me feel very vulnerable.’

Nicholas Hamblin, representing Price, said his client had pleaded guilty to the breach but she had been under a ‘misunderstanding’ that the restraining order ‘worked both ways’.

He said there was an element of ‘provocation’ and she had been ‘over-reacting as she felt she was being criticised’.

He added: ‘She has shown signs of remorse, she accepts an indirect breach.’

Mr Hamblin said that Price had sought help for her emotional problems at the Priory Clinic.

He said she suffered from a ‘depressive disorder and anxiety’, and added: ‘Miss Price is learning to cope with her emotional problems and to not react in the way she has in this case.’

‘It’s perhaps a case of building someone up only to knock them down.’

He added that ‘there was a lot of good to be said’ for Price and she was considered in a probation report to be at ‘low risk of reoffending’.

Following her guilty plea, Judge Stephen Mooney had warned Price in May: ‘Clearly you have accepted responsibility for this offence and that you indirectly tried to communicate Ms Penticost despite her restraining order against you.

‘I must warn you Ms Price that you are at risk of going to prison.’

Nicholas Hamblin, defending, said Price had been ‘subject to various conditions’ at the time of the offence.

Judge Mooney said he will ‘need to know’ the background before considering Price’s sentence.

Price married Hayler in 2013 but the pair split in 2018 with their divorce finalised in 2021. She is currently engaged to former Love Island star Woods, while Hayler proposed to Penticost in 2020.

During an earlier hearing in April where Price denied the claims, her defending lawyer Joe Harrington, said: ‘The issues relate to her mental health and the triggers which led to sending that message.’

At the time, District Judge Amanda Kelly said the offence carries a maximum sentence of up to five years’ imprisonment and warned Price: ‘You are in really grave danger of going to prison.

‘This is a very serious allegation in which it is alleged you used indirectly vile and nasty language towards Ms Penticost, someone you were prohibited from contacting directly or indirectly by a restraining order.’