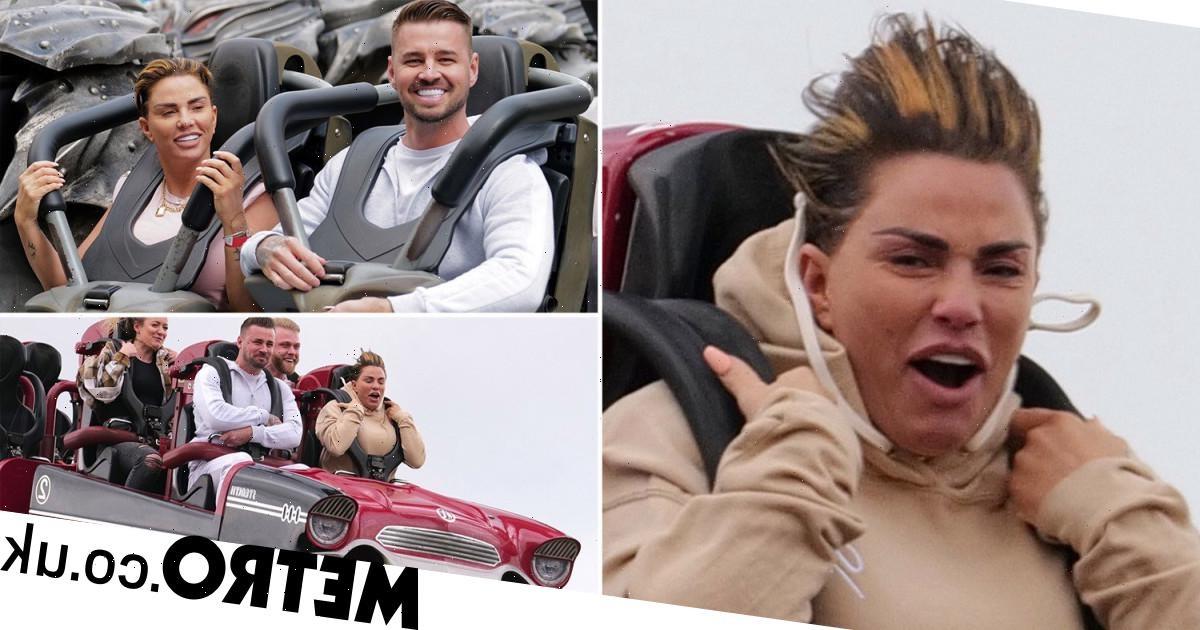 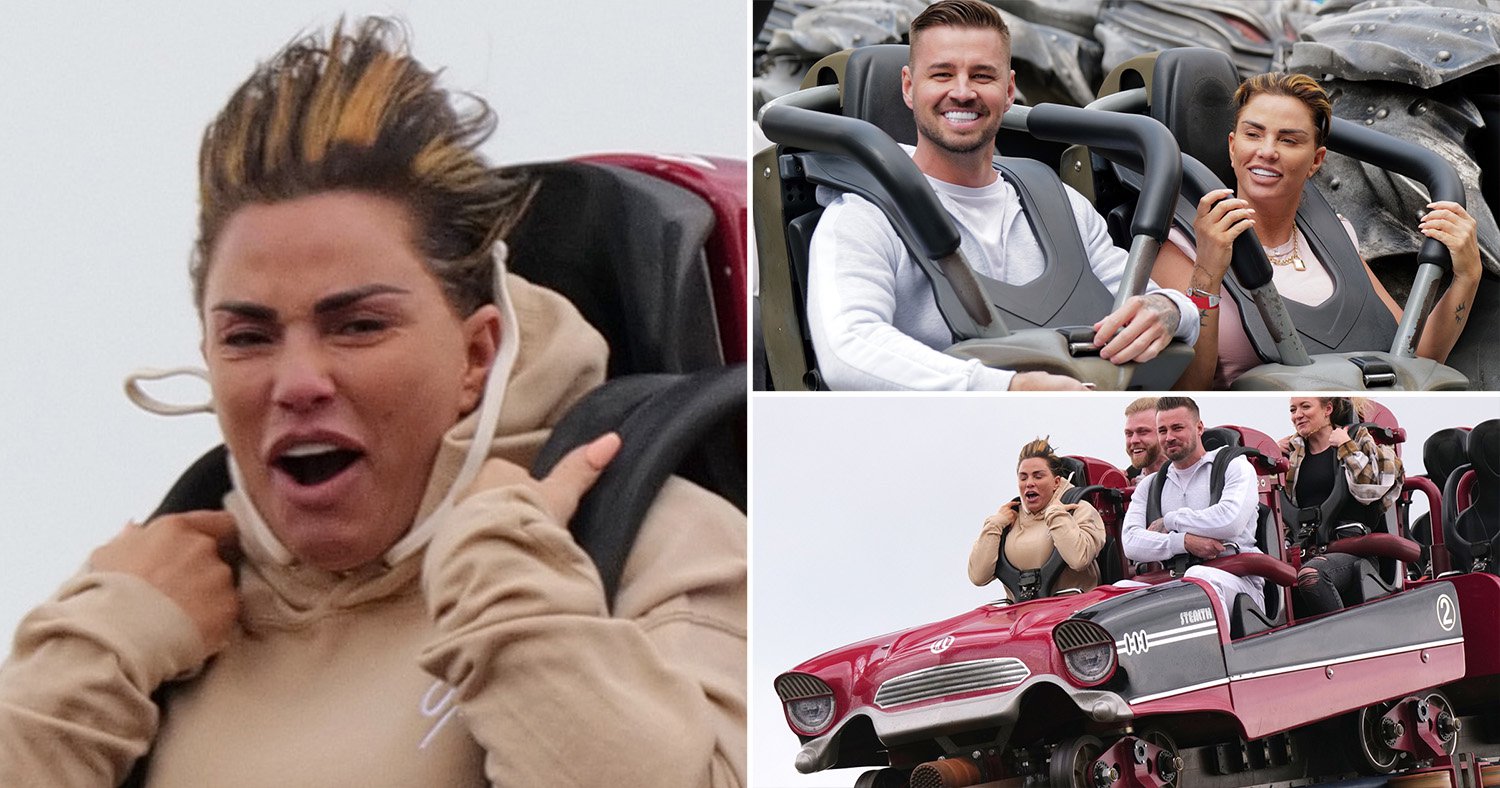 Katie Price and Carl Woods enjoyed some quality time together at Thorpe Park as they had a blast on rollercoasters.

The thrill-seeking pair – who recently announced their engagement – had a great time as they walked hand in hand through the Surrey theme park over the Bank Holiday weekend.

The couple were spotted without her kids as they made the most of a fun-filled date, with Katie holding on for dear life as they went on the fast rides.

They were both dressed casually for the trip, keeping themselves comfortable in jogging bottoms and trainers, and sticking to Covid-19 regulations with their masks on while walking around.

They were in great spirits during their day out, with the 42-year-old mum-of-five enjoying a well-earned break.

Katie – whose partner proposed in April after 10 months together – also ditched her engagement ring at the theme park, which was probably a sensible move to make sure it was safe while they rode the rollercoasters.

The huge rock left her stunned, and she recently admitted she guessed her man must have been sneakily looking for ideas on her Pinterest account.

She told OK! magazine: ‘When I saw the ring, I couldn’t believe it. It’s so amazing. I was always looking at rings on my Pinterest and saving loads of picture.

‘Yeah, of course,’ Carl admitted. ‘I wanted to get something she liked.’

Katie – who has previously been married to Peter Andre, Alex Reid and Kieran Hayler – wasn’t surprised by his tactics, and gushed over the effort that went into designing and buying the ring.

She added: ‘I knew he would. And I didn’t have to buy my own ring his time! It was made from scratch and came out of his own money.

‘He designed it – it’s really special. It’s like a fairy tale ring and massive. It’s like something out of Hollywood. It’s more than I could dream of.’

Although Carl wouldn’t reveal how much the pricey ring cost, he revealed he was able to afford it even if it make a ‘dent’.

Asked for a figure, he coyly quipped: ‘Plenty! It’s expensive, put it that way. It’s eye-watering. A gentlemen doesn’t discuss money – that’s for me to know!’