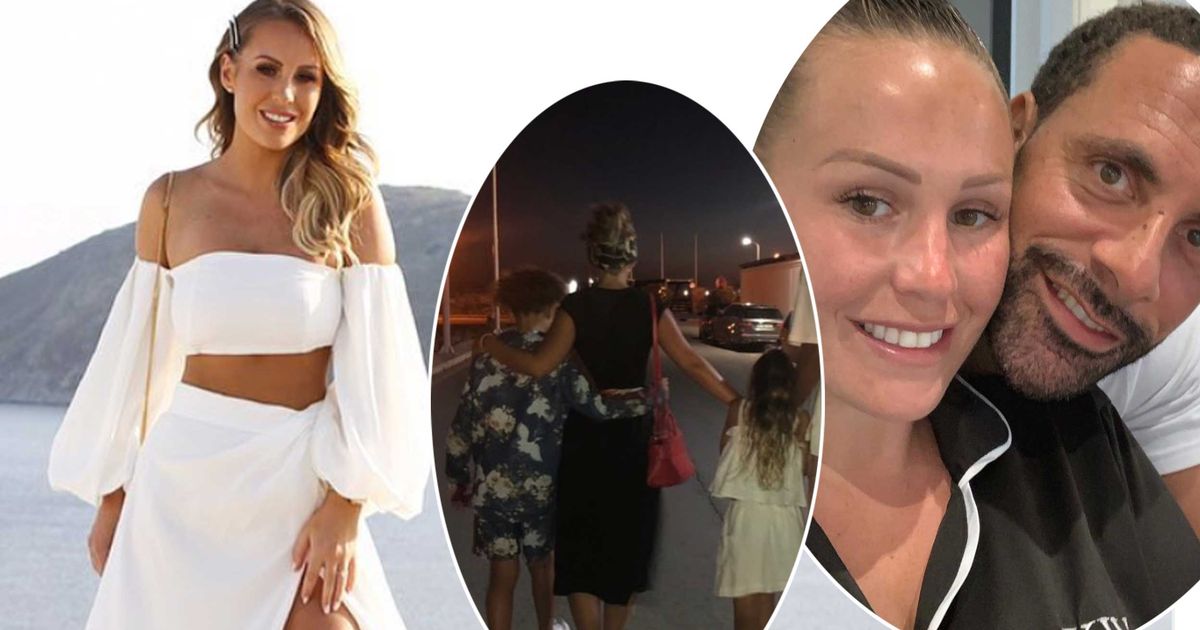 Kate Wright has opened up on becoming a mother-figure to Rio Ferdinand’s three young children – Lorenz, 12, Tate, ten, and Tia, eight – who lost their mother Rebecca to cancer in 2015.

The former TOWIE star has completely overhauled her lifestyle since meeting the former footballer, leaving her booze-filled nights out behind in place of a more family-friendly environment.

Speaking to The Sun, she said: “I had two choices. I’m in this world with lots of drama and then I met Rio and the children, and, I thought, ‘I’m with these kids who have lost their mum. They don’t need a woman who is out all the time, they need someone at home with them.

“A really big part of our relationship and it working for the children is that we’ve included them in everything we’ve done.

“So from the first date, him asking me to be his girlfriend, us moving in — everything — the kids were part of it. So it wasn’t me taking their dad away from them, it was more us becoming a family unit.”

The gym-bunny went on to reveal the exact moment her and Rio decided to take things to the next level after they started dating in 2016.

Having dated for a few years, Rio popped the question in November 2018 in Abu Dhabi during a family trip , with his three children heavily involved in the planning. They revealed their happy news with a series of adorable pictures of the couple, and the three children, overlooking the skyline.

The duo are currently planning their big day, which will take place on a beach at a five-star resort in September.

But Kate is adamant that nothing will change once they become husband and wife, and Rio’s ex-wife will still play a huge part in their family.

“Rebecca is their mum and a mum is irreplaceable, so we have a special room with her photos and their grandmother’s photos in It.

“We do big occasions like Mother’s Day and Christmas. I know a lot more about their mum than they would think, so sometimes the kids will say, ‘How do you know that?’”

“We all normally have very busy days but we’re really good at understanding each other’s schedules and making time for each other.”