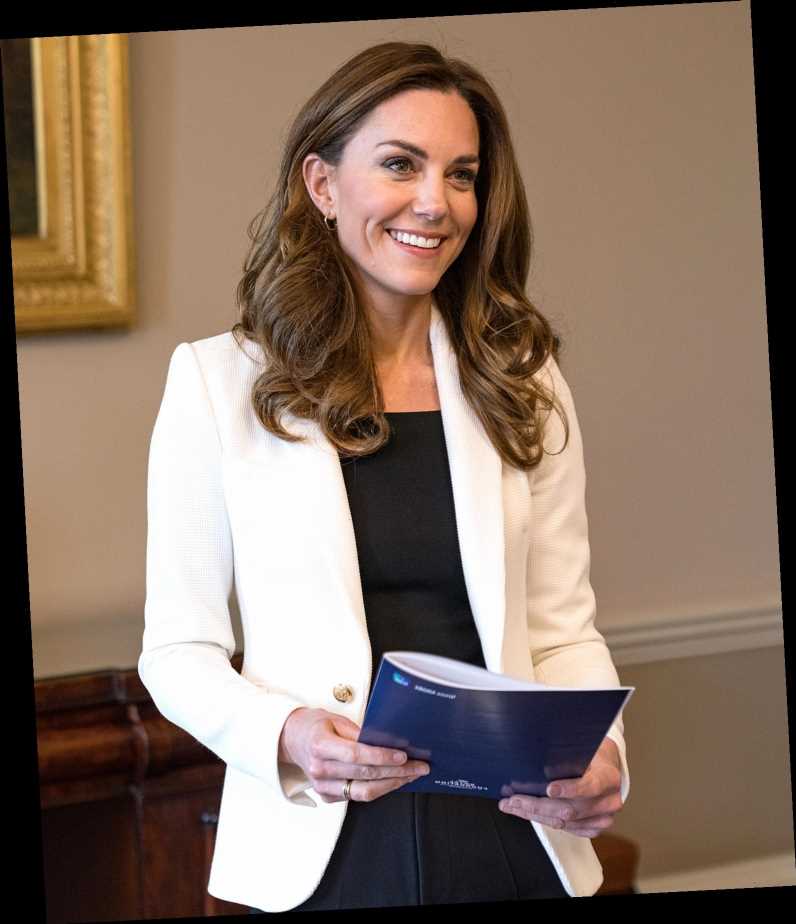 Kate Middleton is unveiling the results of her groundbreaking project helping to understand the challenges facing children and their parents.

The survey, which began with a tour around the U.K. in January and a wide-ranging podcast interview, is a "serious milestone" in her long-running work in the area, a palace source tells PEOPLE.

Undertaken by polling company Ipsos MORI for the Royal Foundation, the project asked "5 Big Questions on the Under Fives,"  of parents, carers, teachers, kindergarten workers and families about the early years between the ages of 0-5.

In a video shared Thursday by Kensington Royal Instagram, the duchess said, “Ninety-eight percent of you said that nurture is essential to lifelong outcomes. But just one in four actually recognize the specific importance of the first five years of a child’s life.”

Heralding the results, Kate, 38, is set to make the keynote address at an online forum later on Friday. In that, she will talk about the journey she has been on over much of the last ten years of her public life. “Over the last decade I have met people from all walks of life,” she’s expected to say.

“I have seen that experiences such as homelessness, addiction, and poor mental health are often grounded in a difficult childhood.”

“But I have also seen, how positive protective factors in the early years can play a crucial role in shaping our futures.”

A royal source says this is Kate "as you likely haven’t seen her before — talking about why she is so passionate about this topic and it is a serious milestone moment for her and her work." "The early years is going to have an effect on healthy mums raising healthy babies but it’s so much more than that," adds the royal source. "What she has learned is that some of societies’ biggest issues can be traced back to those early years. And she hopes to start a national conversation on it.”

Earlier this week, mom-of-three Kate announced that more than 500,000 people took part in her survey – making it the biggest ever for such a program in the U.K.

Can’t get enough of PEOPLE‘s Royals coverage? Sign up for our free Royals newsletter to get the latest updates on Kate Middleton, Meghan Markle and more!

The five key findings that will be unveiled at the forum later on Friday are:

1. Only one in four people recognize the specific importance of the first five years of a child’s life and 98 percent of people believe nurture is essential to lifelong outcomes.

2. The "reality of life makes it hard for parents to prioritize their wellbeing," the report found. Ninety percent of people see parental mental health and wellbeing as being critical to a child’s development, but in reality, only 10 percent of parents mentioned taking the time to look after their own wellbeing when asked how they had prepared for the arrival of their baby. Thirty-seven percent of all parents expect the COVID-19 pandemic to have a negative impact on their long-term mental wellbeing.

3. Parents say they can feel judged by others while nearly half feel this negatively impacts their mental health.

4. Parental loneliness has dramatically increased during the pandemic from 38 percent to 63 percent as parents have been cut off from friends and family.

5. During the coronavirus crisis, support from local communities has substantially increased for many — but not for all, the report found. But parents in the most deprived areas are less likely to have experienced this increased support than elsewhere.

Earlier this week, Kate said in a brief teaser video, "This year has been a hugely challenging time for us all and there hasn’t been a more important time to talk about families."

"Later on this week we’ll share 5 Big Insights that we’ve discovered and I will take your questions," she continued. "This is just the beginning and I want to thank you for starting a conversation because we’re all on this journey together."