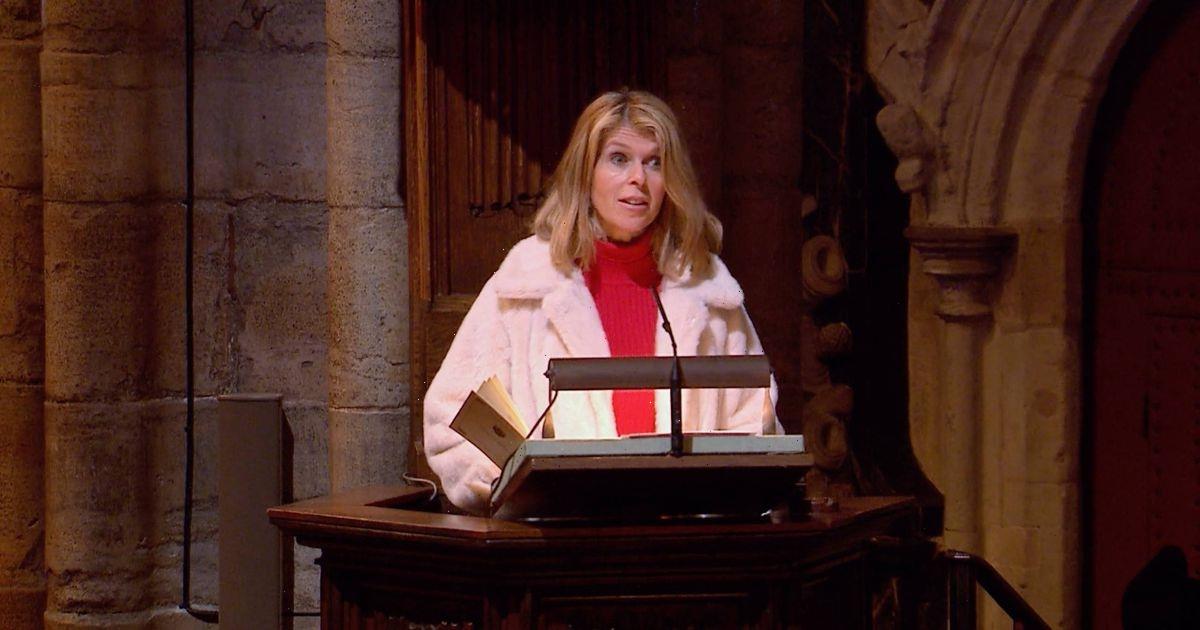 Kate Garraway has admitted that she found it “incredibly intimidating” doing a reading in front of the Duke and Duchess of Cambridge.

The Good Morning Britain host, 54, was invited to perform a reading at the Duchess’ Christmas carol concert at Westminster Abbey earlier this month.

The concert, which is called Royal Carols: Together At Christmas, is due to air on Christmas Eve on ITV.

However, Kate revealed that she found doing the performance nerve-wracking.

After a clip of Kate was shown on Thursday morning's GMB, Kate's co-host Richard Bacon turned to her and said: "It was wonderful seeing you there Kate."

"It was a wonderful thing to be invited to, it was a really special occasion and I was so lucky to be there," Kate replied.

Richard then asked Kate if it was 'intimidating' to read in front of royalty, to which she replied: "It's incredibly intimidating! And before me, William himself had done a reading and been brilliant and there were lots of other people involved."

Kate, 54, also revealed that she got the chance to meet the future King and Queen before the service along with her young son Billy, who’s 12.

"I was allowed to bring my William, Bill, and he got to meet them as well and he wears a cap all the time.

"It's sort of like his thing, rarely ever takes it off – even in the bath – baseball cap backwards, very early nineties.

"And when she appeared, she and William appeared, he took it off! And I said to them, 'oh my goodness, you've made Bill take his cap off'. So in the presence of royalty, the cap goes."

Kate went on to confirm that after the service, she was sent a note from mother-of-three Kate to thank her for her involvement.

"It was really sweet, so lovely. She thanked everybody involved I think because it means so much to her," Kate explained.

"I'm wondering if that was a secret that I got sent a note," she then added, as Richard replied: "Not anymore!"

"Not anymore! Crikey, I'll be in the tower!" Kate joked.

Spearheaded by The Duchess, the Royal Christmas concert is set to pay tribute to the incredible work of individuals and organisations across the UK who have supported their communities through the pandemic.

Alongside carols, the concert is set to feature readings by The Duke of Cambridge and British Paralympian and junior doctor Kim Daybell, as well as GMB presenter Kate.

Stay up to date with all the latest on your favourite stars by signing up to OK!'s daily celebrity newsletter.