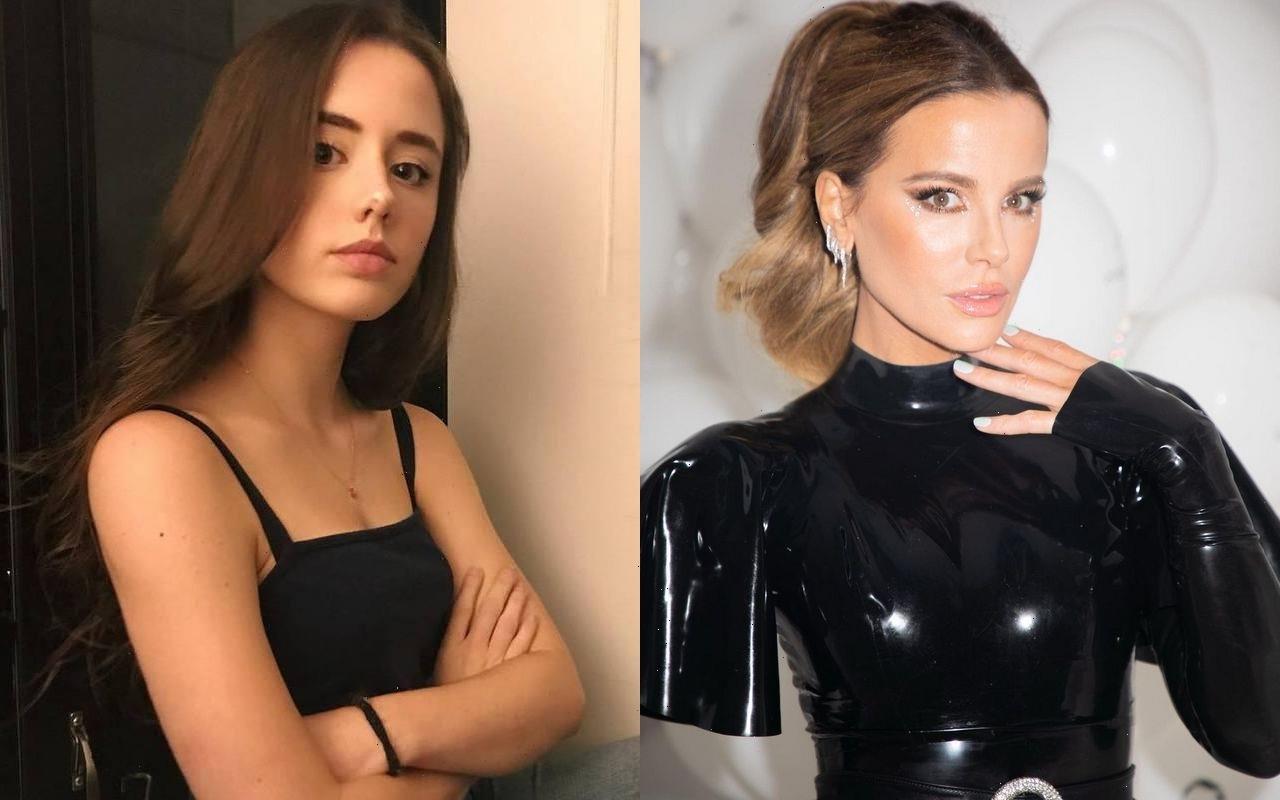 The ‘Underworld’ actress praises daughter Lily whom she shares with ex Michael Seen, saying the girl looks like a ‘gorgeous Disney animal’ with her giant eyes.

AceShowbiz –Kate Beckinsale jokingly told her lookalike daughter, “Get your own face!” Praising her girl Lily Mo Sheen as “a better version” of her, the 49-year-old actress said she loves how she has giant eyes which she thinks Lily gets from her actor dad Michael Sheen.

“I do see it. Yeah, I do. Sometimes I’ll send her a text saying, ‘Get your own face!’ She’s like a better version. She’s got something that I don’t. She looks like this gorgeous Disney animal – she’s got these giant eyes… I think probably Dad (Michael Sheen) helped with that a bit – but she’s very much herself,” Kate told the Daily Mail newspaper about the resemblance in a chat printed on Friday, January 20, 2023.

Kate had Lily in 1999 while dating 53 year old Michael between 1995 and 2003. The actress admitted in 2001 she was left “embarrassed” he never proposed, but said she ended up feeling like they were married. She later insisted they remain close friends, saying in 2016, “He’s really dear, close family. He’s somebody I’ve known since I was 21 years old. I really love him a lot.”

Lily, set to turn 24 at the end of January, is Kate’s only child and is best known for starring in “The Unbearable Weight of Massive Talent” alongside Nicolas Cage.

Kate added to the Mail while partying with Rita Ora, 32, after the Golden Globes on January 11 about how her daughter struggles with being quizzed about her famous parents while trying to carve out her career, “It’s really tough to be just constantly asked if you’re going to do the same job your mum did, but also then people going, ‘Well, do you look like her? Or do you look like your dad?’ “

“You know, to me, she just always looks like herself. And maybe we can tell we are in the same family. We are quite similar in terms of sense of humour and all that stuff. But she’s very much her own self.”

Kate said when asked if she offers career advice to her daughter, “I feel like she could do the advising, and I’m in awe and proud to see whatever it is she does do. She’s an exciting person.”