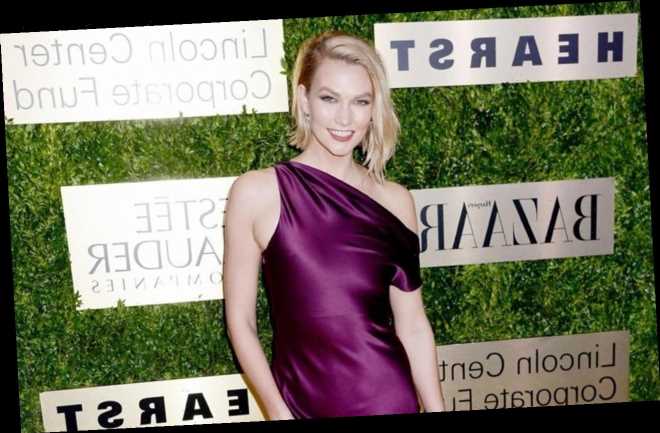 The Victoria’s Secret model talks about scaling back her fitness regime as she admits pregnancy has put ‘a little bit of a damper’ on her exercise routine.

AceShowbiz –Karlie Kloss has been struggling to keep up with her usual running regime during her pregnancy.

The model is gearing up to welcome her first child with husband Joshua Kushner into the world, and opened up to the Wall Street Journal newspaper about how she’s coping with being pregnant during a pandemic.

Reflecting on how the unborn baby has already impacted her generally active lifestyle, Karlie explained, “I normally love running but I have to say I’m out of breath these days just talking or going up a flight of stairs.”

“Being pregnant has put a little bit of a damper on my running routine but I still have been trying to stay active no matter what, going for lots of long walks.”

Karlie – who has been married to Joshua since 2018 – added she’s found it increasingly difficult to motivate herself to exercise in recent times.

She explained, “I normally am up at 6.30, 7 (a.m.), but I feel like these days, more into winter, I’m hitting the snooze button more and more. I like to get my workout in first thing in the morning, so I almost force myself to get out of bed and put on my leggings, my sneakers and my sports bra.”

The “Project Runway” host also revealed she’s been “loving everything salty and crunchy” since falling pregnant.

Karlie Kloss announced her pregnancy in October, a couple of weeks after celebrating her second wedding anniversary with husband Joshua.