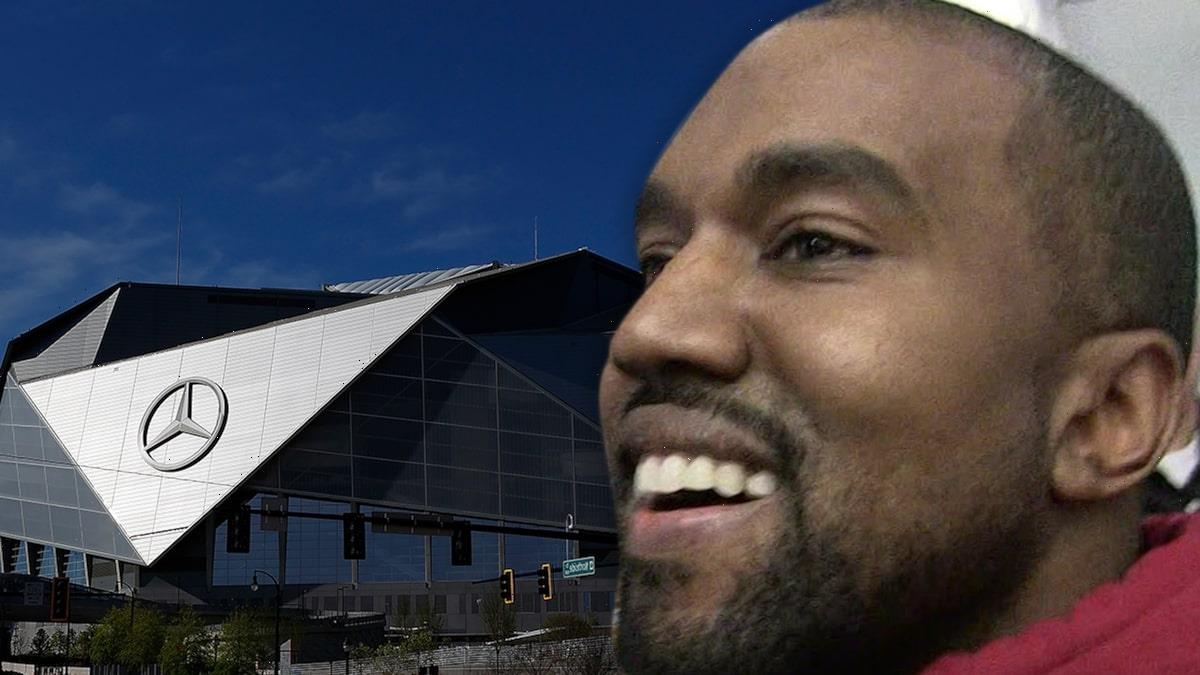 Kanye West‘s listening party might be over and done with — but the man hasn’t left the venue where he held it … he’s made the stadium a home until he finishes his album.

Sources with direct knowledge tell TMZ … Mr. West will miss his weekend performance at Rolling Loud in Miami because he has literally moved into Atlanta’s Mercedes-Benz Stadium.

MBS was the location of Kanye’s massive album party Thursday — where scores of people came together to jam out to his new offering, “DONDA,” and watch Ye perform.

We’re told Ye is STILL IN THE BUIDLING … and Kanye and team have created a studio space, living quarters and even have a chef to prepare his meals inside MBS.

Kanye was spotted at the Atlanta United soccer game Saturday wearing the exact same outfit he wore at the Donda event … and had fans wondering — what are you doing here, bro??? Well, we have the answer — to put it simply, the guy is still working.

We’re told Kanye was so inspired by the Donda crowd, he wanted to stay in Atlanta and finish things up … with a new August 6 release date as the goal.

It’s unclear if any totally new tracks will come from Kanye’s stadium visit — or if he’s just mixing and mastering — but it’s certainly a unique way to get things done.

Soooo … if you’re a night shift worker there and you hear some eerie sounds emanating from the lower deck somewhere — don’t stress, it’s not the Phantom of the Opera. It’s just Ye!