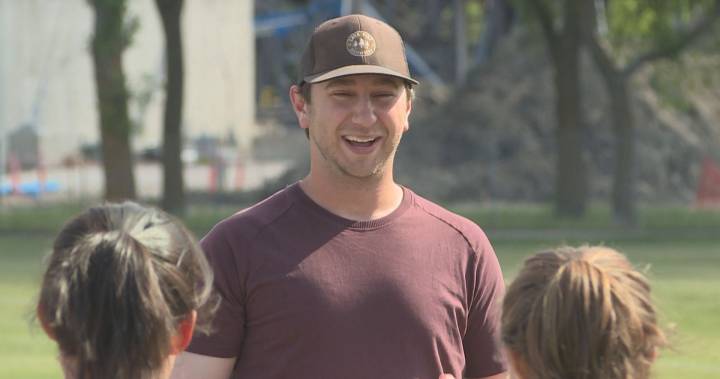 Willem Konrad may be soft spoken and humble, but his athletes are showing appreciation for his hard work and dedication to the game of Ultimate Frisbee.

Konrad has been involved in Ultimate for almost a decade and loves coaching almost as much as he loved playing the game.

He may be a bit quiet during practices, but the coaches around him are happy for the experience he brings to each practice and game.

“When he speaks, it means a lot,” Team Manitoba Ultimate Frisbee coach Carmen Lee said. “I think the girls and whoever he coaches knows to listen. Every word is quite valuable.”

Konrad and Lee coach Team Manitoba’s Girls Ultimate Frisbee team, “Masters of Flying Objects.” Ultimate on that big of a stage can get quite competitive, but all Konrad and Lee want is for the girls to try their best every time they step on the field.

“Willem tells us to focus on what you do well,” athlete Carol-Jean Wong said.

“That’s what’s going to help you play better in the future.”

Konrad’s athletes are also grateful for the techniques he has taught them.

“Willem’s done so much for all of us,” Lindsay Marshall, one of the athletes on the team, said. “It’s been really awesome to be a part of his team and to be coached by such an awesome guy.”

Konrad travels to Oxford House to run clinics for their school and get kids involved in the game. He has also donated $10,000 for a second year in a row to the high school in Oxford House so that its athletes could fly in for the provincial championships.