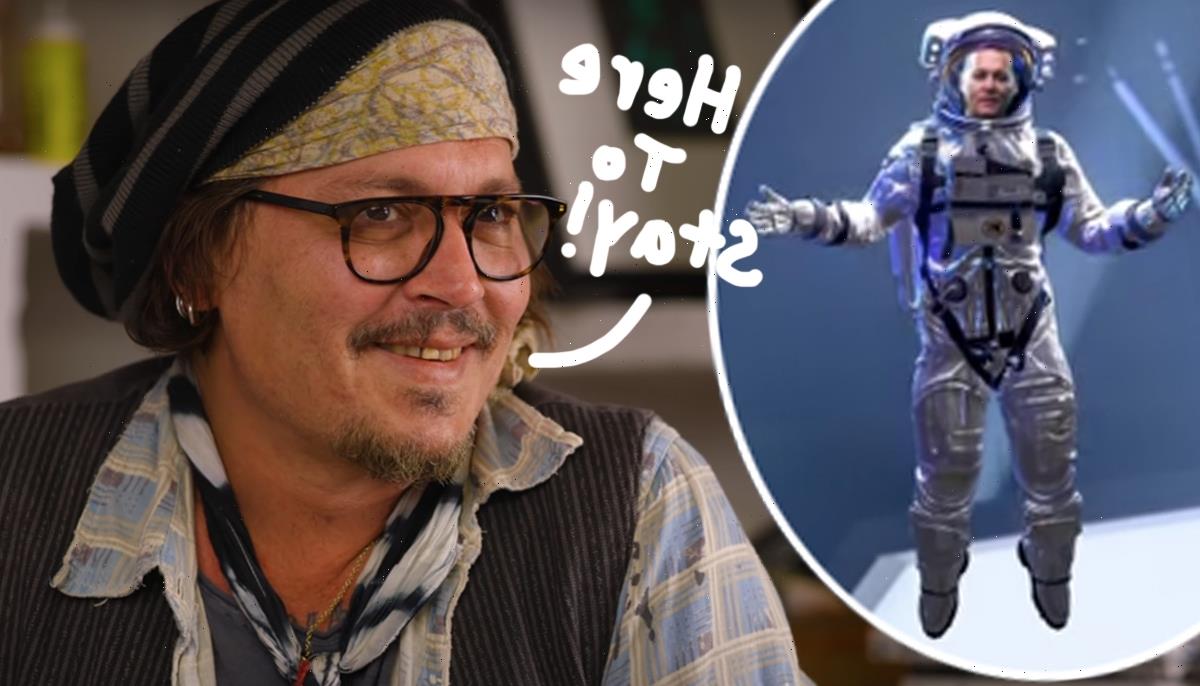 Johnny Depp is back whether you like it or not.

Fans tuning in to the 2022 MTV VMAs on Sunday night were surprised with a few cameo appearances from the highly controversial star sprinkled throughout the show, but not everyone was happy about it. In his surprise feature, the Pirates of the Caribbean star appeared via hologram as MTV’s Moonman, the iconic silver figure which winners are awarded with.

However, the 59-year-old seemed not only aware of his current damaged public image, but decided to make light of the less-than-ideal situation. At one point, he joked:

“Hey, you know what? I needed the work.”

While LL Cool J’s Mama Said Knock You Out could be heard playing in the background — likely alluding to his return to the limelight — don’t call it a comeback just yet! The actor later added:

“I just want you guys to know that I’m available for birthdays, bar mitzvahs, bat mitzvahs, weddings, wakes. Any old thing you need.”

See the full thing (below):

Damn, Johnny! As we all know, the whole world was recently given front row access to his extremely public defamation trial against ex-wife Amber Heard where the ruling ultimately culminated in his favor. Since then, he’s slowly but surely been trying to rehabilitate his Hollywood career — the Edward Scissorhands star recently signed a multi-year deal with Dior to continue being the face of the brand’s famous fragrance, Sauvage, which he first became attached to in 2015. However for some fans, it’s just too soon.

In response to his VMAs appearance, a slew of mixed reactions hit the web covering everything from disgust to celebration. Radio producer Shem remained neutral, tweeting:

“Having Johnny Depp be the #VMAs Moon man is certainly a choice.”

While journalist Alex Suskind pushed back:

“Johnny Depp showing up at the VMAs for funny cameos is really f**king gross.”

However, there were some viewers in Johnny’s corner, as one noted:

“Johnny Depp saying ‘Hey, I needed the work’ was pretty funny, but you gotta be read well into the Depp drama to know what it’s about. That said, kudos to the #VMAs for giving a defamed man a chance to be back in the limelight.”

But one unhappy Twitter user in particular took to the platform to share their disapproval of the guest appearance, garnering over 4,000 likes in the process:

“hollywood LOVES to remind everyone just how much they live to protect abusers. they will go out of their way to do it, actually. johnny depp has no real connection to the VMAs, but he could be there anyway cause that’s what they do.”

Any way you put it, drama will likely continue to follow Johnny for years to come. But what are your thoughts on his VMA appearance? Too soon or should he stay full speed on the road to public image recovery? Let us know in the comments (below)!