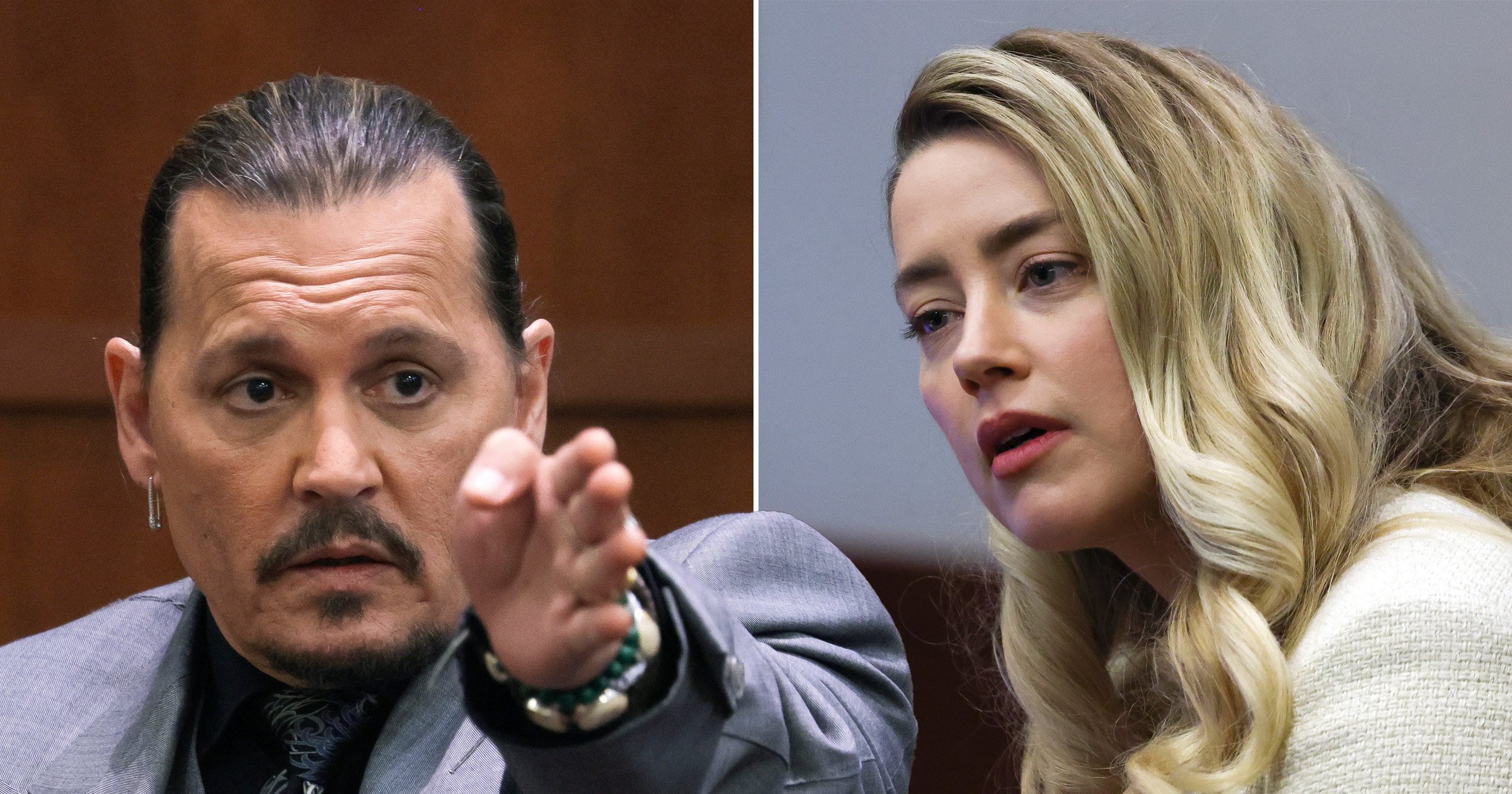 Johnny Depp has told the court that he was ‘more inspired’ to drink alcohol and take drugs due to  the constant clashes with Amber Heard.

The Pirates of the Caribbean star, 58, is suing ex-wife Amber Heard after she wrote an op-ed in the Washington Post, discussing her experiences with domestic abuse, and is seeking $50million (£39million) in damages.

Depp was not named in the article, which was published in 2018, but his lawyers argued that it falsely implies that his former partner was physically and sexually abused by him when they were married. Heard is countersuing.

He testified at the Fairfax County Courthouse in Virginia, where he told the court that he turned to drink and drugs more frequently as his marriage to Heard broke down.

‘Yes, I was more inspired by Ms Heard to reach out for a numbing agent because of the constant clashes.

‘There wasn’t a day that she would wake up and you’d expect something would hit the fan, and pretty much like clockwork it did.

Depp added that his marriage to Heard, 35, had begun to feel like he was ‘in a relationship’’ with his mother due to her ‘need for conflict’.

He had previously opened up about the abuse he experienced at the hands of his mother, Betty Sue Palmer, throughout his childhood.

Depp explained: ‘Things started coming up and I was suddenly just wrong about everything if I made a statement about something that I had been familiar with … I was suddenly wrong.

‘Then, beyond that, if you tried to explain yourself and correct the problem, the misunderstanding, it would then begin to heighten as Ms Heard was unable to be wrong. It just didn’t happen, she couldn’t be wrong.’

He continued: ‘At a certain point what enters your mind [is] you start to realise you are in a relationship with your mother, so to speak.

‘I know that sounds perverse and obtuse, but the fact is that some people search for weaknesses in people, that is to say sensitivities.’

Depp had filed a defamation lawsuit against Heard following allegations of abuse during their marriage – something he has denied.

The case began on April 12 and has heard testimonies from multiple people so far, including Depp’s nurse, Dr David Kipper – who treated him for addiction – and the former couple’s therapist, Laurel Anderson.