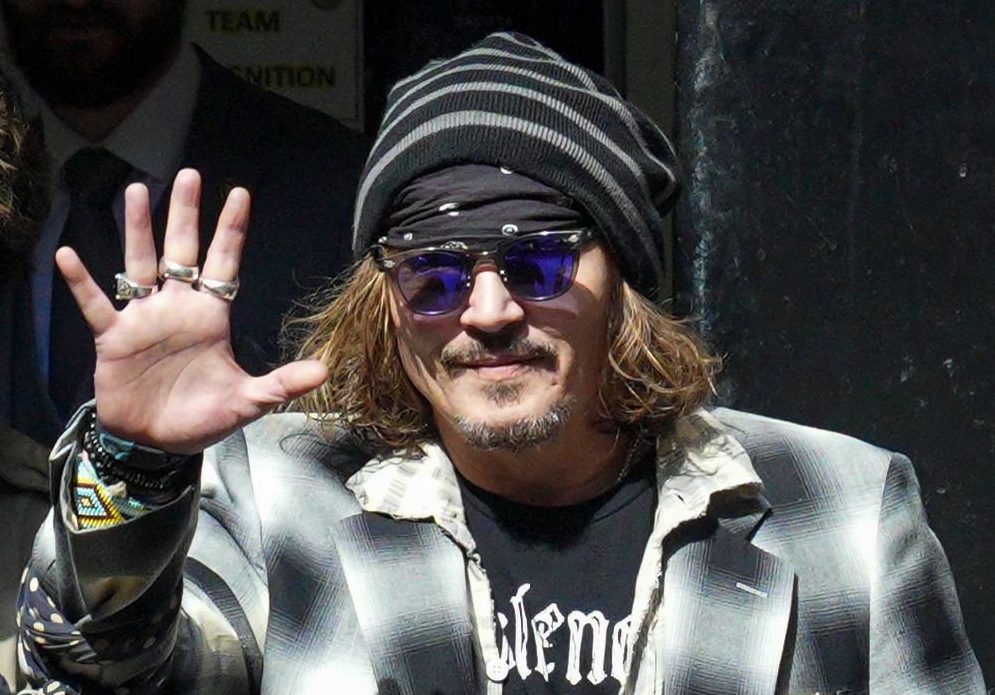 Johnny Depp is on a mission to get his groove back after winning the libel trial against ex-wife Amber Heard and so has joined TikTok.

The Pirates of the Caribbean actor appears reluctant to take time out of the spotlight following the explosive trial that unfolded between him and Heard about an article she wrote discussing her domestic abuse experience.

During the six-week trial, the harrowing details of their former marriage played out in court before a jury found that Amber did defame Johnny with the op-ed she published in The Washington Post in 2018. The article did not mention Johnny by name, but his legal team argued it implied he was physically and sexually abusive towards her during their marriage.

It appears that Johnny, 58, is determined to rejuvenate his previously stellar Hollywood career as he’s spent the past week touring the UK with musician Jeff Beck, and now he’s set to become a TikTok star.

The Fantastic Beasts and Where to Find Them actor has quietly joined the booming social media website and is verified, but is yet to post any videos. His bio reads ‘occasional thespian’, perhaps a nod to his halted acting career, and he currently boasts nearly two million followers at 1.9m.

According to E! Johnny had 800,000 followers on Monday so he acquired more than a million of those in just a day as news spread of his presence on the app.

The film star is already accustomed to social media as he’s had his Facebook and Instagram accounts for years, but only occasionally posts, with his most recent including the statement after his victory in the trial.

In the lengthy message, Johnny explained how his life was snatched away six years ago when his legal battles with Amber, 36, began.

‘Six years ago, my life, the life of my children, the lives of those closest to me, and also, the lives of the people who for many, many years have supported and believed in me were forever changed,’ he wrote.

‘And six years later, the jury gave me my life back. I am truly humbled.’

He continued: ‘From the very beginning, the goal of bringing this case was to reveal the truth, regardless of the outcome. Speaking the truth was something that I owed to my children and to all those who have remained steadfast in their support of me. I feel at peace knowing I have finally accomplished that.’

The jury awarded Johnny a total of $15million in both compensatory and punitive damages, but this was reduced as they also awarded Amber $2million in compensatory damages, while the judge also capped his money at $350k per Virginia laws.

However, Amber’s attorney has since revealed that the Aquaman actress is unable to pay the damages due to her acting career also being halted.