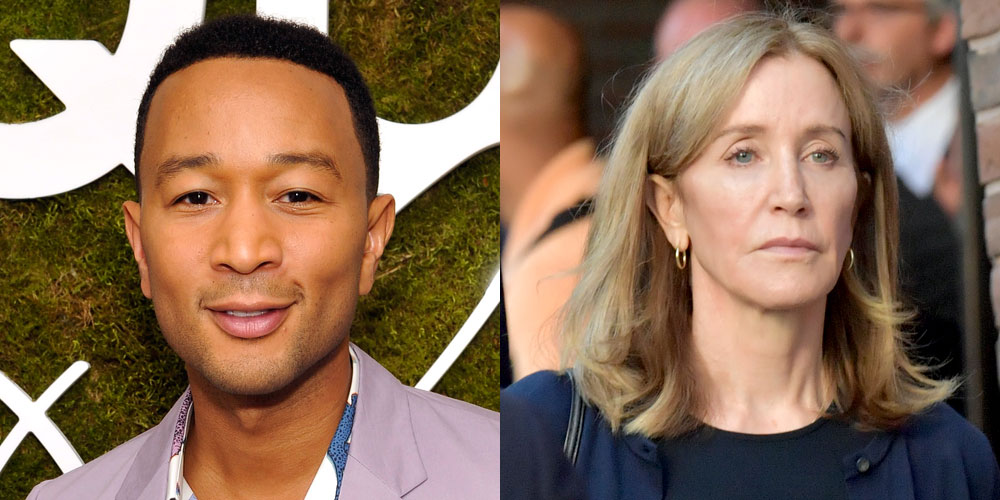 John Legend is speaking out in response to people who are calling for Felicity Huffman to get a longer prison sentence for her role in the college admissions scandal.

The former Desperate Housewives actress was sentenced to 14 days in prison. Many people have been comparing her sentence to that of homeless mom Tanya McDowell, who was sentenced to five years in prison for sending her son to the wrong school district.

John doesn’t think that either woman deserves the amount of prison time that they received.

“I get why everyone gets mad when rich person X gets a short sentence and poor person of color Y gets a long one. The answer isn’t for X to get more; it’s for both of them to get less (or even none!!!) We should level down not up,” John wrote on her Twitter account.