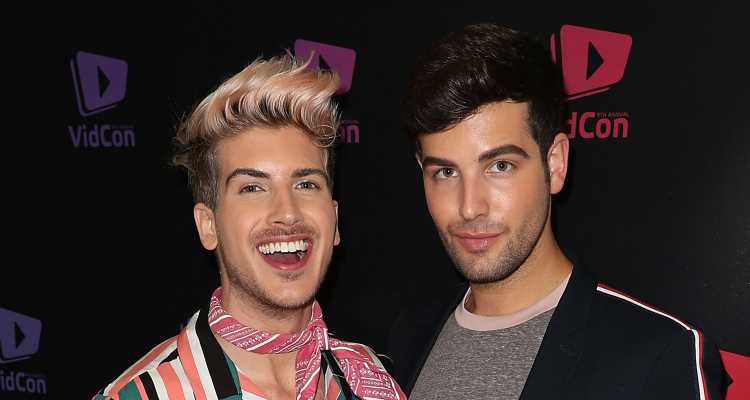 Joey Graceffa uploaded a brand new video on Thursday (August 1) with the title “We’re Expecting…” and an ultrasound photo in the thumbnail.

The YouTuber and his boyfriend of five years, Daniel Preda, announced halfway through the video that they were have a baby, or five to seven babies.

The couple then revealed that their youngest dog, Lark, was pregnant with at least five puppies.

Joey and Daniel plan to keep fans updated on the progress of her pregnancy in vlogs and social media. You can even follow Lark and her pregnancy on Instagram at @TheHuskyPac!

In addition to the new dog pregnancy announcement, they announced that tickets to the real life Escape The Night escape room are now on sale. There are different tiered tickets that you can buy, with some including a chance to do the room with Joey himself. You can get tickets at EscapeTheNightTickets.com!