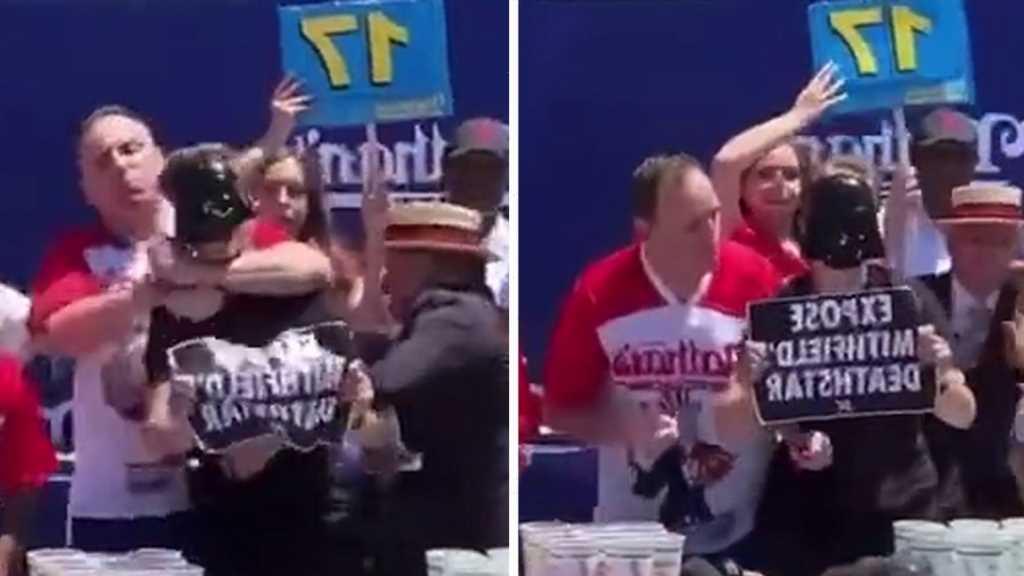 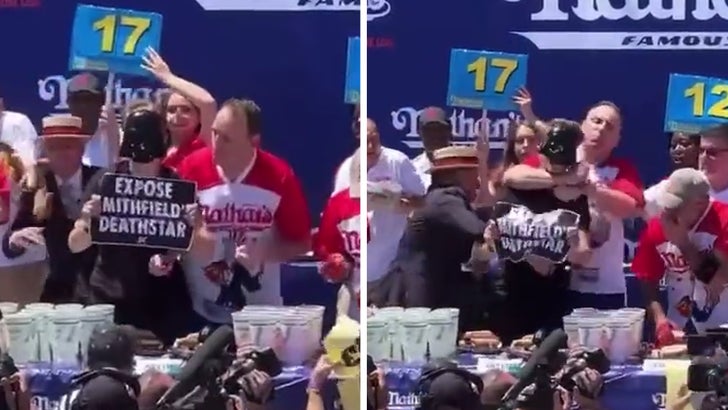 Joey Chestnut‘s inner dog wasn’t going to be deterred by a would-be human torpedo, who tried derailing his wiener gobbling mid-competition … but failed, ’cause the guy won anyway.

The reigning Nathan’s Hot Dog Eating Contest champ successfully defended his title Monday in Coney Island, where year after year he comes back to devour dozens of dogs in a matter of 10 minutes. This year, he did it again … downing 63 franks, far ahead of the competition. 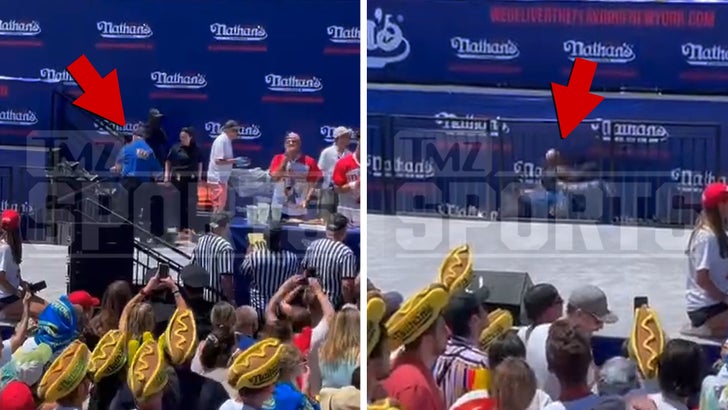 But something nuts happened about midway through … a dude in a Darth Vader mask made his way onstage and made contact with JC — and the King didn’t take too kindly to that!

Check it out … rather than let security haul the poser away (which they eventually did), Joey took care of this punk himself — putting the whipper-snapper in a headlock and yanking him around a bit, before getting back to stuffing his face. He didn’t even think twice about it.

We got video of the aftermath … namely, this poor sap being dragged away to be dealt with — but it’s insane that Joey still won the race even with this major interruption. 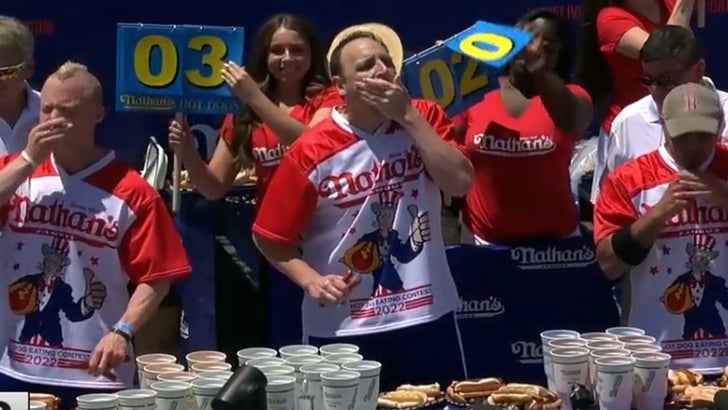 Ya gotta wonder if it actually affected the number of sausages he was ultimately able to inhale. While 63 is nothing to sneeze at — and way more than anyone else got to — it doesn’t compare to his record 76 hot dogs from last year.

Maybe the dark side did actually get to Joey after all. Oh well … congrats, man!