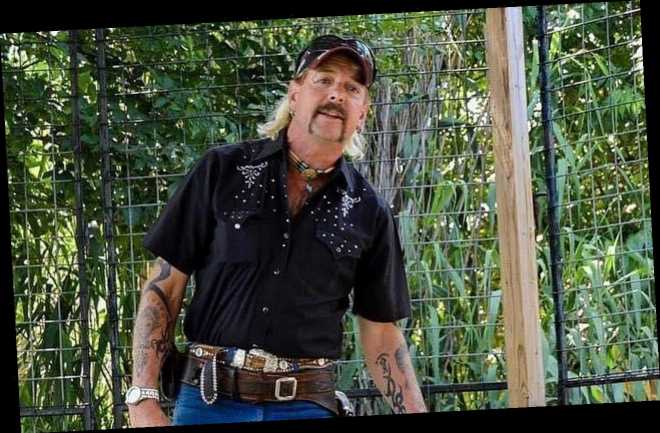 The ‘Tiger King: Murder, Mayhem and Madness’ star is noticeably absent from the list of 70 people who receive presidential pardon in Trump’s final hours in the White House.

AceShowbiz –Joe Exotic has failed to receive a presidential pardon from Donald Trump in his final hours in office.

The “Tiger King” star is currently serving a 22-year sentence behind bars after he was convicted for masterminding a murder-for-hire plot against rival Carole Baskin.

But he had turned to exiting POTUS Trump to for a pardon, and was so confident he’d be granted one that he even had a limousine on standby outside prison.

However, when Trump announced his final list of pardons on Tuesday (19Jan21) as he prepared to leave the White House and have Joe Biden take his place, Exotic’s name was noticeably absent from the list of the 73 individuals freed, and from the list of 70 people who had their sentences commuted.

“Tiger King” fans reacted to Exotic’s snub on Twitter, with one writing, “Joe Exotic did not get a pardon. Looks like Trump is on Team Baskin after all.” Another added, “I’m actually shocked Trump didn’t pardon Joe Exotic.”

“We anticipate the word last minute, saving the biggest name for the last moment,” he tweeted late on Tuesday night. “We are grateful to all of the supporters, fans, family and friends. Tomorrow is our day. Salute, goodnight, I love you all.”

Meanwhile, Lil Wayne and Kodak Black have been granted pardons by President Trump in his last day in office.