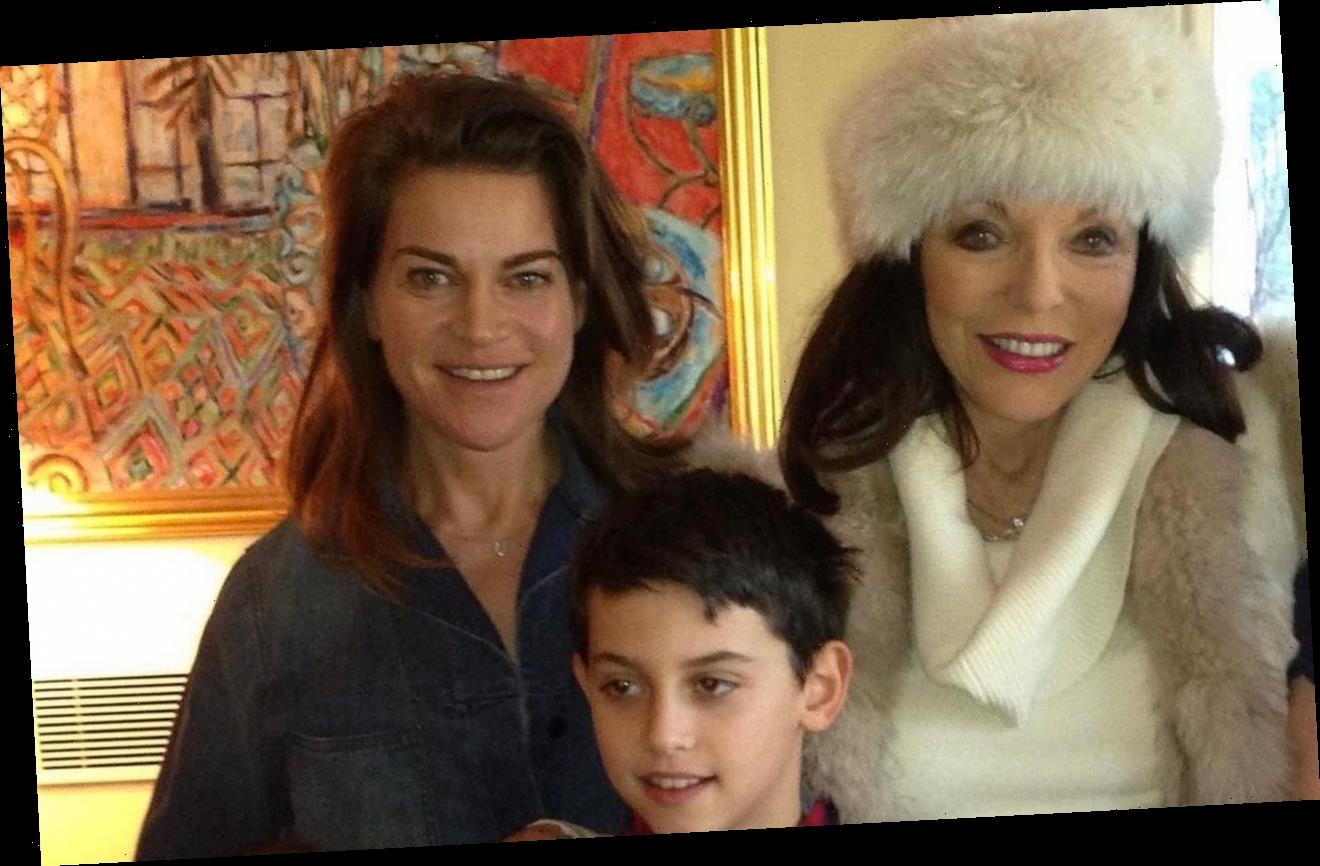 The ‘Dynasty’ alum pays tribute to her late goddaughter Milica Kastner who recently passed away at the age of 49 after losing battle with stage 4 cancer.

The 87-year-old actress’ goddaughter Milica Kastner sadly passed away at the age of 49 after a battle with stage 4 colon cancer and a rare cancer of the uterus, stage 4 uterine sarcoma and now Joan has posted a tribute to the late film producer on her Instagram page.

Taking to the photo-sharing site, Joan wrote, “May you #restinpeace my beautiful brave #goddaughter @milica_kastner You fought a great fight and I admire you so much for your strength. You are with the #angels now and you have always been an #angel. (sic)”

Milica – who was the daughter of interior designer Tessa Kennedy and late film producer Elliott Kastner – wrote poignantly about her cancer battle, admitting the news of her diagnosis was “shattering” but she was desperate to fight for the sake of her kids.

Writing at the time, she shared, “I was diagnosed with two stage-four cancers. One was in my colon, and I also had a uterine sarcoma that they told me was so rare, only one in a million people get it. Little wonder, perhaps, that my friends have always called me ‘One in a Mil.’ I was told I had six months to live if I didn’t have treatment – and 33 months if I did. I remember staring at my oncologist, Naureen, and saying to her: ‘Pump me up then, because I can take the drugs. I may be small, but I can take them.’ And so the fight began. Having been pretty healthy throughout my 48 years, the news was shattering.”

“All I could think about was how I was going to tell my two children. They had already seen their grandfather and one of my best friends, Charlotte Brosnan, die of cancer far too soon (I always look out for Charlotte’s daughter, Bella, who is my goddaughter), so they sensed what might be in store. My 15-year-old son, Jack, was in despair. My daughter, Sophia, 11, sat down at the table with my mother and started making me the most beautiful ‘You can do it’ card.”