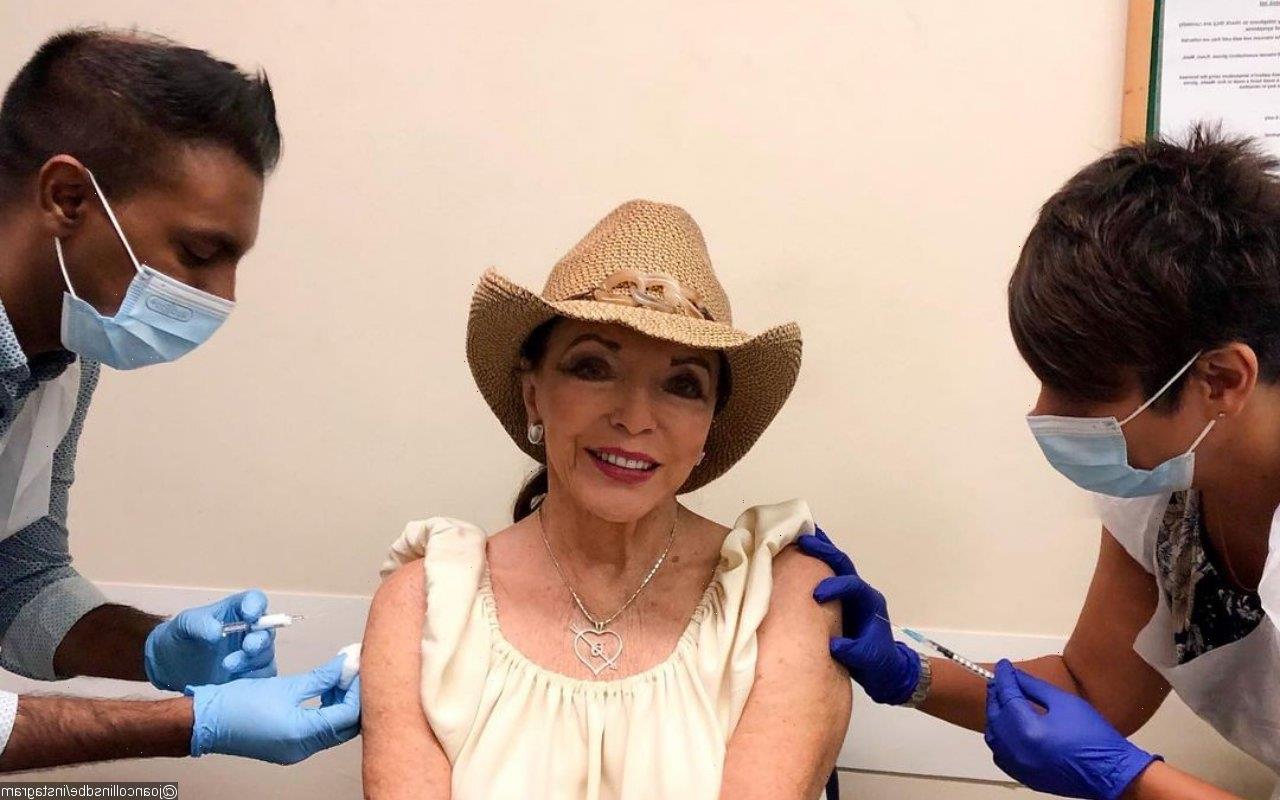 While the ‘Dynasty’ star becomes one of the first Brits to receive the booster jab, former ‘Modern Family’ actress Sarah Hyland is among the firsts in the United States.

AceShowbiz -Dame Joan Collins has become one of the first Brits to receive a COVID-19 booster vaccine.

The 88-year-old “Dynasty” star got a flu vaccination as well as a coronavirus booster jab and shared the news with her 255,000 Instagram followers, encouraging them to “turn up when called” once their time for a shot comes around.

“Delighted to have received the flu jab and booster vaccine at the same time, and have had no side effects,” she wrote. “I encourage everyone to turn up when called. Diamonds maybe [sic] forever, but the vaccine is a lifesaver. Thank you Drs Ammara Hughes and Raj Gill.”

Introducing the third booster jab, U.K. health secretary Sajid Javid suggested it will ensure the most vulnerable people are protected “through the winter months.”

He said, “It is excellent that getting your booster jab has now become even easier thanks to the opening of the National Booking Service to those eligible. Booster doses are an important way of keeping the virus under control for the long term.”

Last week (ends September 17), it was confirmed that booster jabs would start to be rolled out across England. The decision was made after the government’s vaccine advisers, the JCVI, suggested that somewhere in the region of 30 million people should be offered a third dose.

The recommendation is that the booster jab should be given at least six months after someone has received their second injection.

Former “Modern Family” star Sarah Hyland, meanwhile, was one of the first people to get the booster jab in the United States. The 30-year-old’s chronic kidney condition made her eligible to get the jab ahead of the masses.

“Got my booster vaccine AND my flu shot!!!” she posted on her Instagram Story on Wednesday, September 15. “Stay healthy and trust SCIENCE my friends!” She also posted video footage of herself getting one of the two shots.