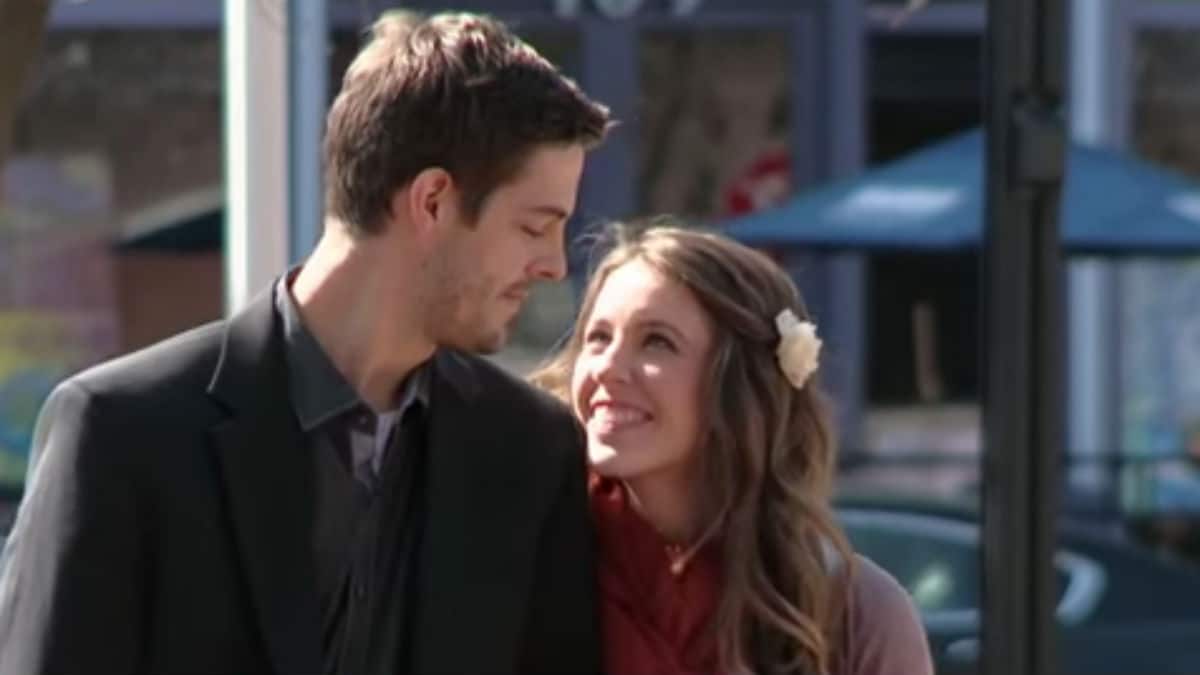 Jill Duggar and Derick Dillard recently celebrated their five-year anniversary. They were able to get away and enjoy some time without the hustle and bustle of children around.

Of course, their getaway choice was Branson, Missouri. That is a place where the Duggars have gone for years and they often share photos of Silver Dollar City and other area attractions while there.

Not only did Jill Duggar and Derick Dillard decided to share their adventures, but they also shared their plans to spice things up in the bedroom. A photo from the Instagram collage shared by Jill revealed the couple had a Kama Sutra book and some other bedroom-related games. 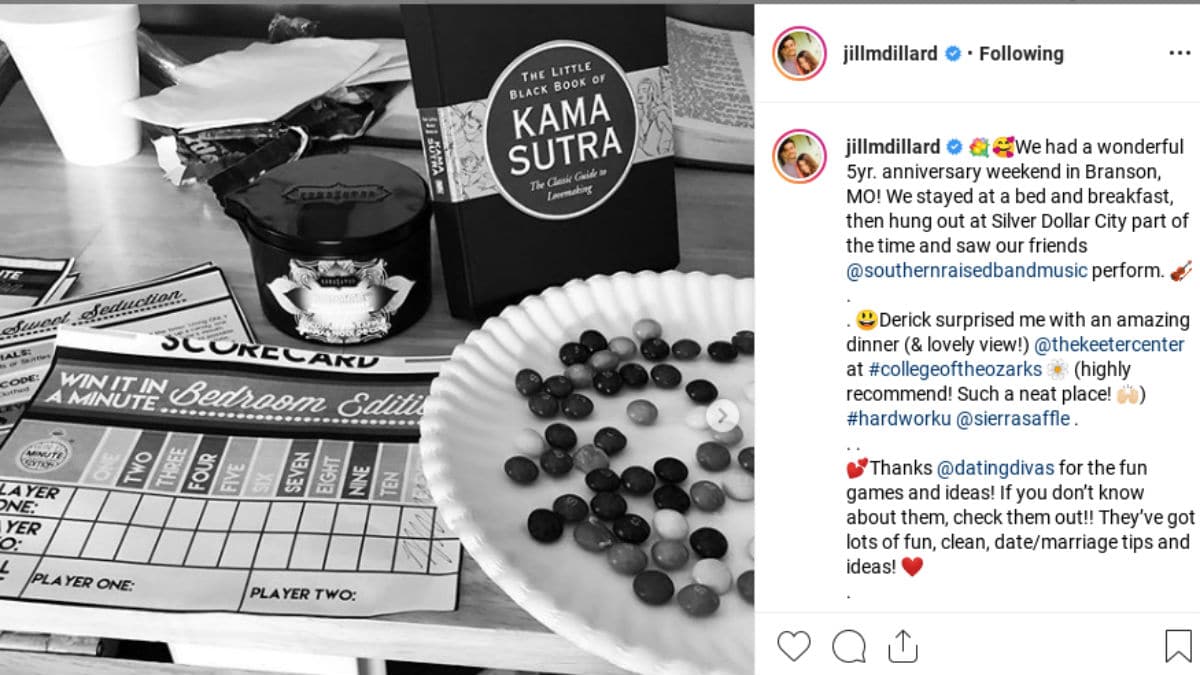 Counting On viewers were shocked at the amount of openness Jill shared on her post about her fifth anniversary with Derick. It has garnered plenty of attention and some have praised the young wife and mother for opening up about keeping the spice in your marriage.

Right now, Jill Duggar has been making plenty of headlines. There is speculation she may be coming back to film Counting On with her siblings. Jill was a huge part of Jessa Duggar’s birth special and many viewers were excited to see her on camera again.

Being an Instagram influencer has also been something Jill has tried her hand at. She has a few sponsored posts up now, mostly clothing brands. While nothing has taken off, she is still trying.

Rumors have been surrounding Jill Duggar and Derick Dillard about a third baby on the way. At this point, it doesn’t look like she is currently pregnant. After their anniversary getaway, anything is possible.