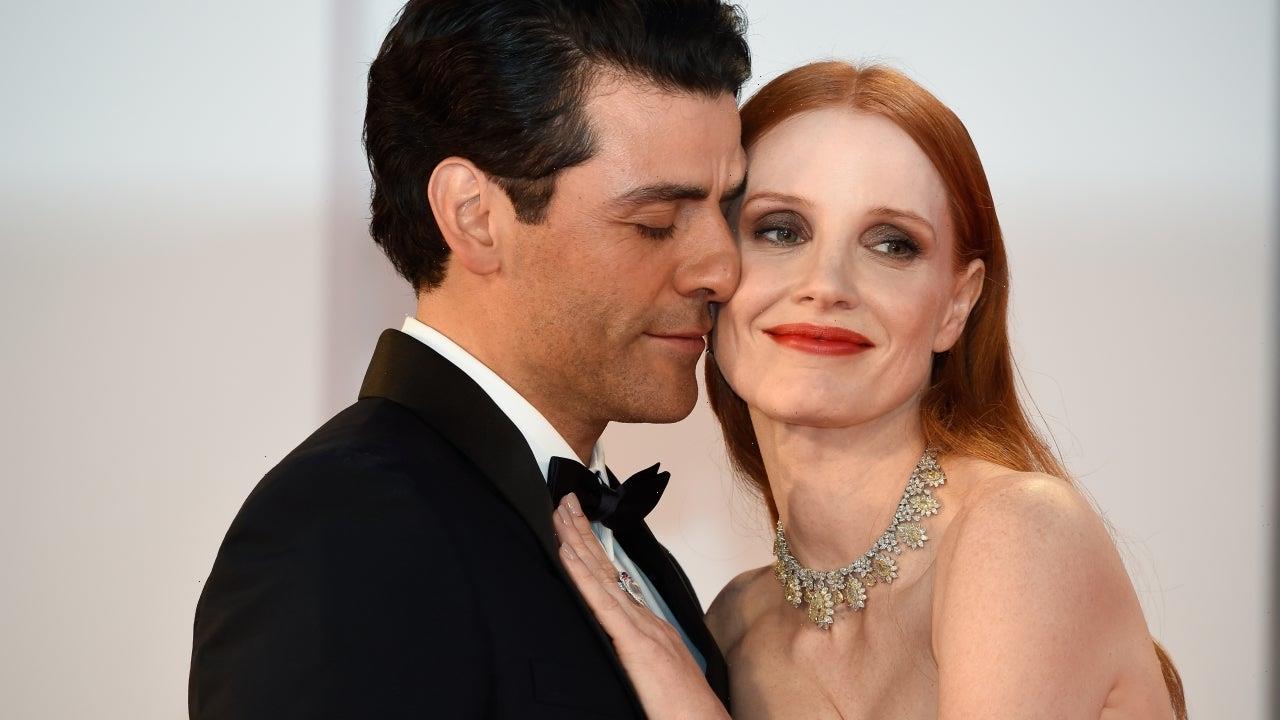 Jessica Chastain has a sense of humor about fans going wild over her obvious chemistry with her Scenes From A Marriage co-star, Oscar Isaac.

Chastain and Isaac sent fans into a frenzy thanks to a video of the two posing together on the red carpet at the premiere of their HBO mini-series at the Venice Film Festival on Saturday. The two shared a moment, with Isaac giving her a playful look before smelling her arm. Chastain laughed out loud at Isaac’s antics, affectionately cupping his cheeks in response.

Social media couldn’t get enough of the interaction, with one tweet reading, “I’ll never not be bitter we aren’t getting a live action Addams Family starring Oscar Isaac and Jessica Chastain.”

“This video of Oscar Isaac and Jessica Chastain is quite literally the sexiest thing I have ever seen,” another tweet reads.

Chastain took to Twitter on Monday to poke fun at the now viral video, tweeting a picture of Gomez Addams from The Addams Family films kissing his wife, Morticia’s, arm.

“Sept 12th 😈,” she wrote, referring to Scenes From a Marriage’s release date.

Of course, 44-year-old Chastain and 42-year-old Isaac are both happily married in real-life and not to each other. Chastain married Gian Luca Passi de Preposulo in 2017, and Isaac married his wife, Elvira Lind, also in 2017.

Chastain and Isaac play a married couple navigating the ups and downs of their relationship in HBO’s new limited series. The five-episode limited series is based on Ingmar Bergman’s 1973 Swedish miniseries by the same name. Isaac plays Jonathan, a passive philosophy professor, while Chastain plays Mira, an ambitious tech executive. In the trailer released last month, fans saw the two characters fall in and out of love, start a family, try to work it out and even come back together as they search for the passion that once fueled their relationship.