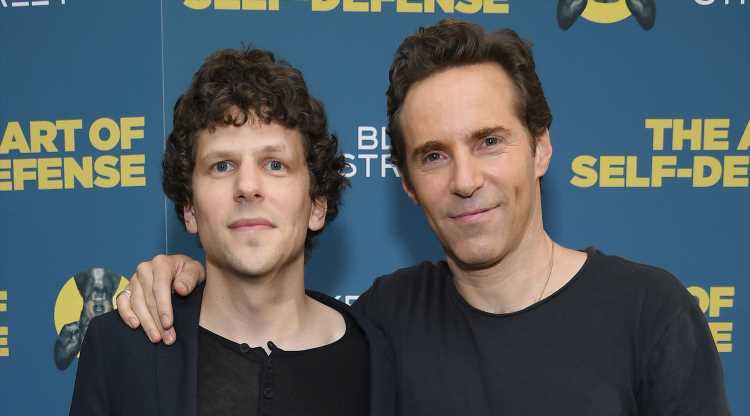 Jesse Eisenberg and Alessandro Nivola buddy up for a screening of their new movie The Art of Self-Defense on Thursday night (July 11) at the Alamo Drafthouse in Brooklyn, New York.

The co-stars were joined by director Riley Stearns along with Michael Gandolfini as they stepped out to promote their new movie.

PHOTOS: Check out the latest pics of Jesse Eisenberg

The film centers on Casey (Eisenberg), who is attacked at random on the street and enlists in a local dojo led by a charismatic and mysterious Sensei (Nivola), in an effort to learn how to defend himself. What he uncovers is a sinister world of fraternity, violence and hypermasculinity and a woman (Imogen Poots) fighting for her place in it. Casey undertakes a journey, both frightening and darkly funny, that will place him squarely in the sights of his enigmatic new mentor.

The Art of Self-Defense will be released on Friday, July 12 – watch the trailer here!

15+ pictures inside of the stars at the premiere…