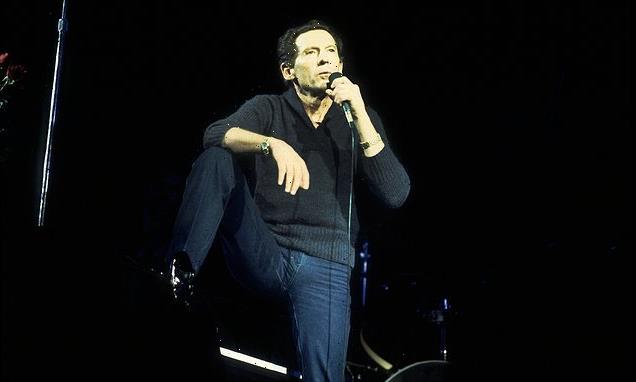 Jerry Lee Lewis is still alive and well in Memphis, despite an earlier report erroneously claiming he had passed away.

TMZ, which originally reported the death, reports someone claiming to be Lewis’ representative informed them he had passed away, which turned out to not be true.

Lewis’ first hit was the 1957 track Whole Lotta Shakin’ Goin’ On, followed by the iconic song Great Balls Of Fire which was even featured in both Top Gun films. 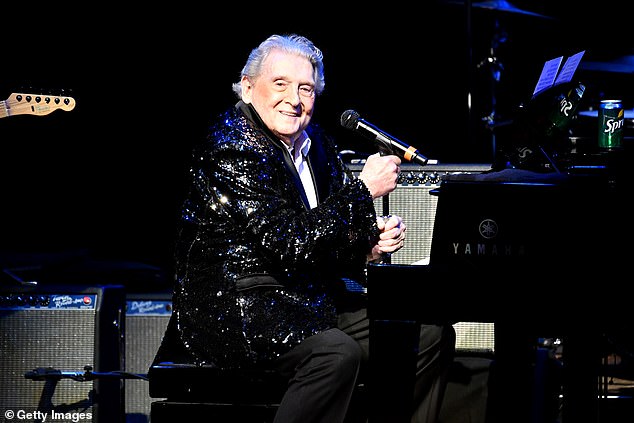 Jerry Lee Lewis is still alive in Memphis, despite an earlier report claiming he had passed away

Lewis sparked health concerns last week after he was unable to attend his induction into the Country Music Hall of Fame after catching the flu.

Lewis’ team posted a photo of the musician in bed as he received the award from Kris Kristofferson, who accepted the gong in his honor.

Accompanying the photo was his acceptance note, where he expressed his ‘heartfelt sadness and disappointment’ at not being able to attend the ceremony in person. 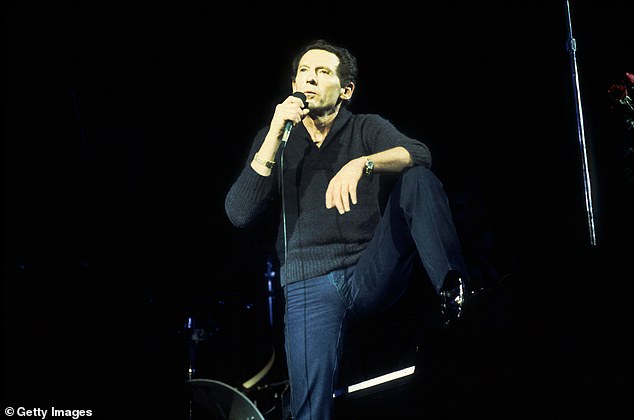 TMZ , which erroneously reported the death, reports someone claiming to be Lewis’ representative informed them he had passed away, which turned out to not be true

‘It is with heartfelt sadness and disappointment that I write to you today from my sick bed, rather than be able to share my thoughts in person,’ began his acceptance note. ‘I tried everything I could to build up the strength to come today – I’ve looked so forward to it since I found out about it earlier this year. My sincerest apologies to all of you for missing this fine event, but I hope to see you all soon.

‘To be inducted into the Country Music Hall of Fame is the highest honor in Country music. Through over 60 years singing music professionally, country has always been the genre where I felt the most at home – between my fellow artists, the radio and the industry players — some of them anyway. I am honored to be going into that Hall of Fame rotunda with some of my heroes – Hank Williams Sr., Jimmie Rodgers and the like – not to mention so many amazing friends who have been so good to me through the years.

‘Thank you all for your support and love and for electing me into the Country Music Hall of Fame, and most of all, thanks to God for allowing me to experience this honor while I am still here. Since I could not be in-person with you today, I have asked one of my closest and dearest friends to accept this great honor for me – and he’s no stranger to this process: the legendary, Kris Kristofferson.’ 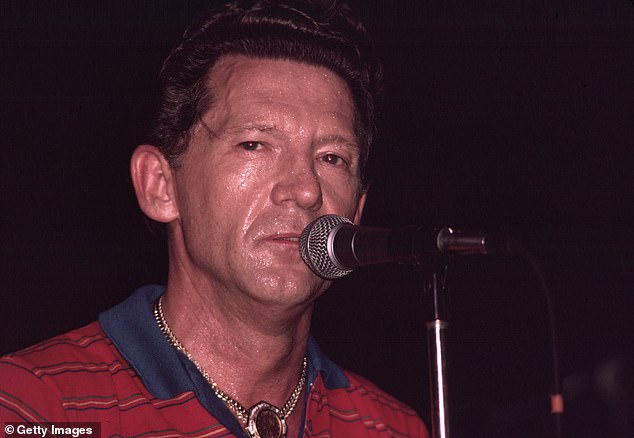 Nicknamed The Killer, Lewis’s pioneering music career began in the 1950s and both Rolling Stone Mick Jagger and Beatle Paul McCartney have named him as their inspiration.

In one interview, Jagger said: ‘Jerry Lee Lewis is a pioneer who introduced the world to a whole new level of showmanship.’

Elvis Presley once said that if he could play the piano like Lewis, he would stop singing.

Lewis is famed for his showmanship – he once played a burning piano – a turbulent private life and seven marriages.

He had huge hits including Whole Lotta Shakin’ Goin’ On, Breathless and High School Confidential in the 1950s but his career faltered in the wake of his marriage in 1958 to 13-year-old Myra Gale Brown, who was his cousin’s daughter.

Amid widespread outrage, some churches ordered his records to be burned and his tracks were banned from the radio in America’s religious Deep South.

A star in Lewis’s honour was unveiled on Hollywood’s Walk of Fame in 1989, the same year that a film chronicling his life – starring Dennis Quaid as the rocker – was released. 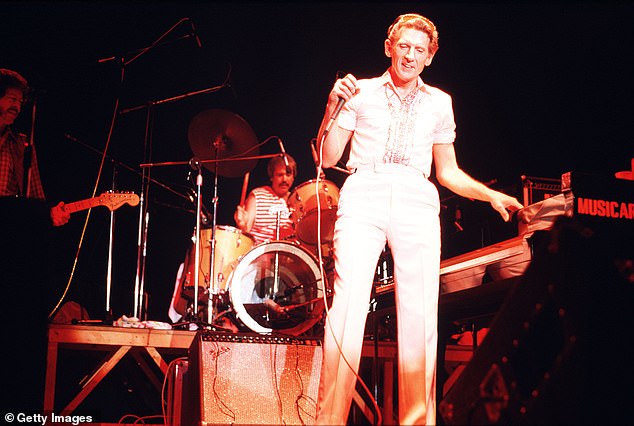 His huge hits include Whole Lotta Shakin’ Goin’ On, Breathless and High School Confidential in the 1950s but his career faltered in the wake of his marriage in 1958 to 13-year-old Myra Gale Brown, who was his cousin’s daughter