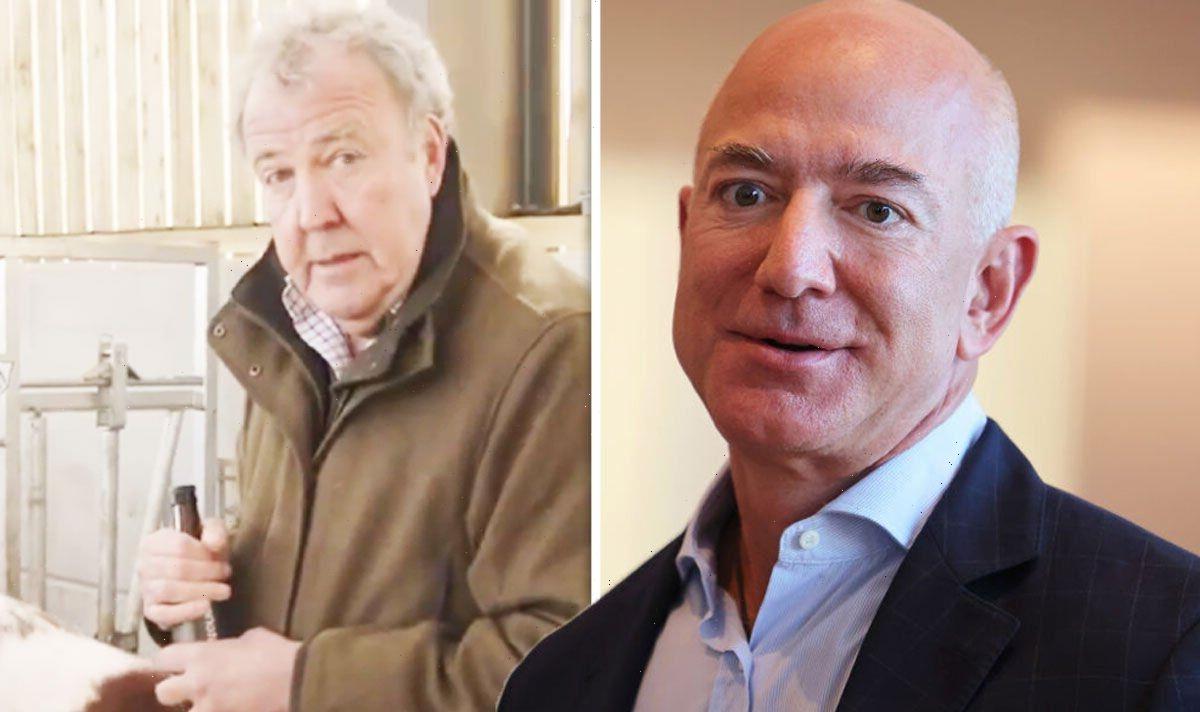 Jeremy Clarkson asks why council should be serving vegan food

The 61-year-old was being filmed at his Diddly Squat Farm where he could be seen holding his Hawkstone Lager while stood alongside a baby calf.

The TV presenter thanked Amazon for selling his recently launched beverage on their website.

In a “thank you” message, Jeremy decided to gift Jeff by naming him after the farm animal.

He began: “I want to thank Amazon Prime for selling Hawkstone Lager online.”

The car enthusiast turned to the farm animal and pointed, before saying: “I have named this little fella Jeff.”

“Is it?” Jeremy quizzed, as he jokingly attempted to check for himself before the camera cut away showing the bottle of his lager.

Jeff, who played a key role in the growth of the e-commerce site Amazon, founded the website in 1994 and was the chief executive officer.

He stepped down as the CEO to become the executive chairman in 2021.

The former Top Gear presenter, who grows barley on his own Diddly Squat Farm in the Cotswolds, revealed he began to make the beverage as a way to make money due to cuts in farming subsidies.

Writing in the Sunday Times, he joked that he originally wanted to call the company “Lager McLargerface” before settling on Hawkstone.

He said: “Choosing a name for it was the first problem. I wanted to call it Lager McLagerface.

“Or McFace for short. But one of my partners in the enterprise is an important London ad man, who said that McFace didn’t conjure up quite the premium image. He wanted the Milk Tray chocolates man parachuting into a schloss, not Begbie and a mega mega white thing.”

He continued: “Eventually we settled on Hawkstone, because there’s a neolithic standing stone of that name here in the Cotswolds.

“And it was the neolithics, 4,000 years ago, who invented barley farming. Weirdly, back then, they just ate it.”

Meanwhile, fans are eagerly awaiting the shenanigans of Clarkson’s Farm season two which is due to return to Amazon Prime.

Filming has already commenced on the hit TV series and will air later this year.

During the first season, filming and farming were both thrown into chaos as a result of the coronavirus crisis, with the weather also playing a significant part in their ability to work.

This time around, they will be dealing with the unpredictable weather patterns once again, with heatwaves, storms and even snow hitting the UK throughout 2021.