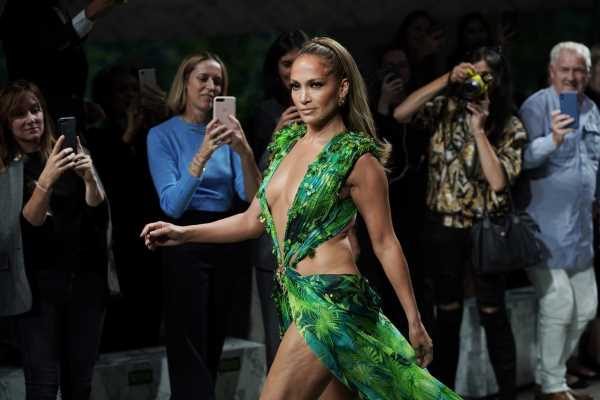 In today’s world of fast fashion and fleeting trends, there are some looks that have stood the test of time and continue to influence the sartorial creations that come down the runways even years later. One prime example is Jennifer Lopez’s plunging green Versace dress, which she wore to the Grammy Awards back in February 2000 and has even been credited as being the impetus behind the invention of Google Images. Almost a decade later, Jennifer Lopez’s story about her iconic green dress just hours after wearing an updated version of the internet-breaking number during Milan Fashion Week is so timely, and it’s just further proof that style is forever.

It’s no secret that the fashion world has been taking cues from the past with plenty of nostalgia-inducing trends this year. So, when the Versace SS20 show made the ultimate reference to that Versace dress at Milan Fashion Week on Friday, Sept. 12, fans were so here for the surprise. If you watched footage from the event, you’ll know that a group of models stormed the catwalk to the soundtrack of Lopez’s 2001 bop "Love Don’t Cost a Thing" while image searches for J.Lo’s OG plunging Versace number were shown to the crowd. When a voiceover announced, "OK, Google, now show me the real jungle dress," Lopez strutted her way down the runway in an updated version of the frock.

Unlike the original, the 2020 version is sleeveless and has additional cutouts, a slightly raised neckline, and a billowing skirt with peekaboo elements. The crowd went wild when the Hustlers actress made her entrance, and it’s a fitting testament to the staying power of fashion. In a Vogue video shared on Saturday, Sept. 21, Lopez took viewers on a trip down memory lane and opened up about seeing her OG green dress for the first time. Despite some doubts from her stylist, she said that she knew the number was the one from the moment she saw it.

"I was like, ‘This is what we’re gonna wear, this is it,’" Lopez told Vogue. "I was more excited that it was the Grammys; I wasn’t thinking about the dress all that much. I was just glad I had something to wear."

The response was immediate, Lopez recalled, telling the publication, "People started yelling and screaming — obviously they always yell and scream your name, but there was something extra about it."

In the video, Lopez also confirmed that the dress made history as a piece that broke, or rather, changed, the internet forever with the creation of Google Images.

Former Google CEO Eric Schmidt previously told Project Syndicate in 2015, "People wanted more than just text. This first became apparent after the 2000 Grammy Awards, where Jennifer Lopez wore a green dress that, well, caught the world’s attention. At the time, it was the most popular search query we had ever seen."

He continued, "But we had no surefire way of getting users exactly what they wanted: J.Lo wearing that dress. Google Image Search was born." 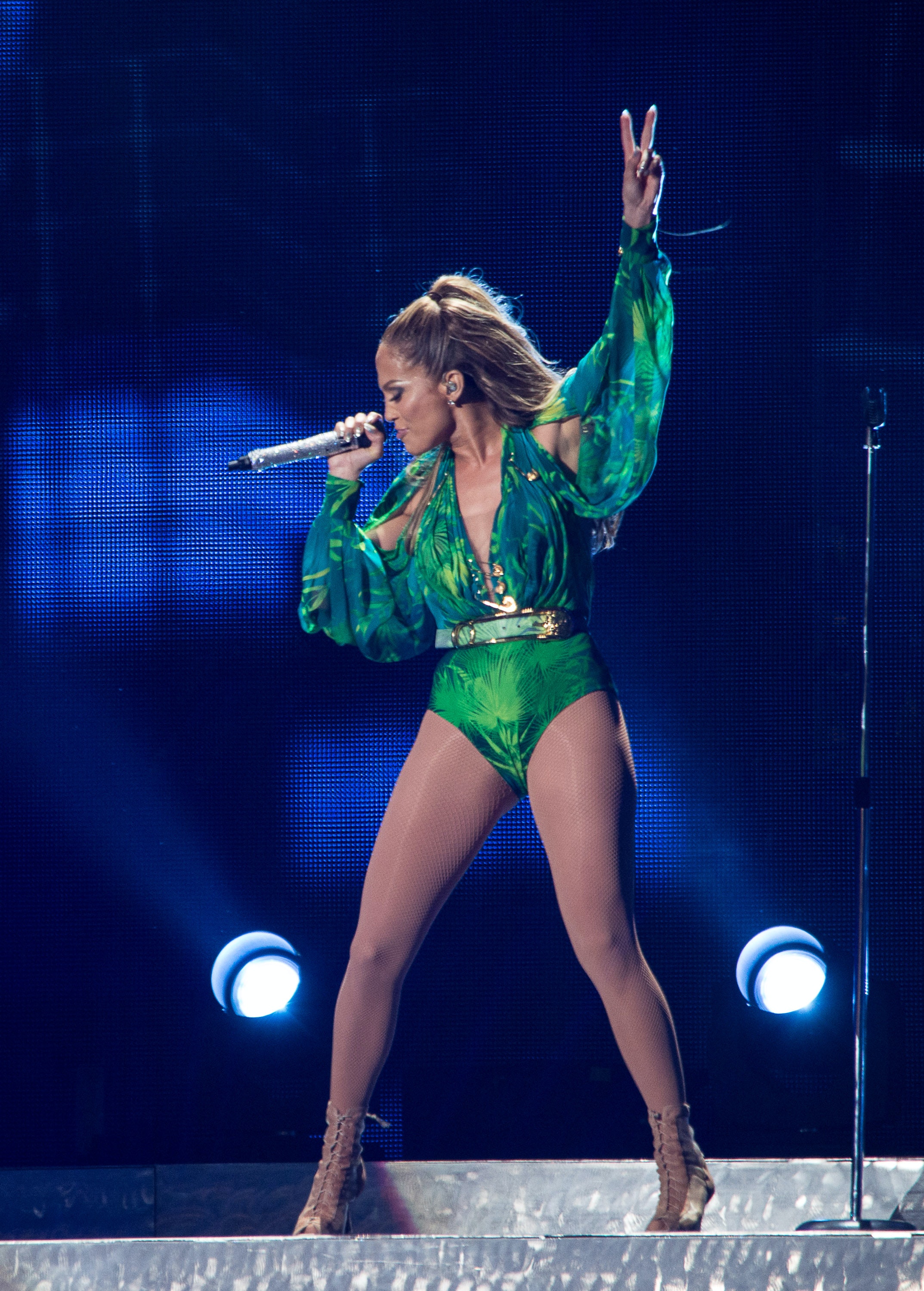 Lopez has since paid homage to the number by wearing a deconstructed version of it to perform at one of her shows. However, her latest makeover of the OG ’00s look might be, dare I say it, even better than the original, and it proves that true fashion is timeless.