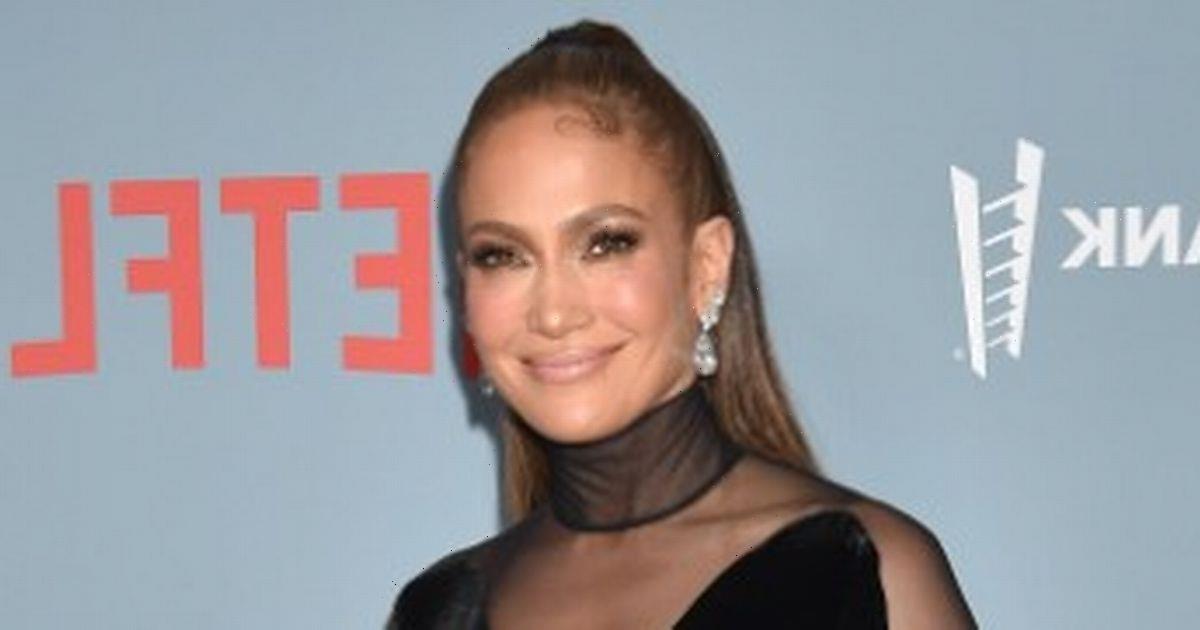 Jennifer Lopez looked absolutely sensational as she stepped out in style for the premiere of her Netflix documentary, Halftime.

Wowing the crowds at the Tribeca Film Festival in New York on Wednesday, the 52 year old oozed confidence in a heavily cut-out black velvet figure-hugging dress.

The sheer panels of the multi-talented star's gown gave way to her famously gym-honed figure as she posed up a storm at the event.

Jennifer, who was seen in the trailer for the doc breaking down in tears after her role in Hustlers was snubbed by the Oscars, had half of her locks pulled back while the rest fell past her shoulders in a sleek style.

She toted her belongings in a black velvet clutch encrusted with a glittering lining and stood tall in a pair of matching platform high heels.

The trailer for her documentary was released last month, and in one clip, the star could be seen bursting into tears after being snubbed by the Academy and denied an Oscar nomination for her star turn in Hustlers.

Upon Hustlers' release, Jennifer was widely praised for her portrayal of New York City stripper Ramona.

The Oscar wasn't meant to be though, as the multi-talented star was rejected by the Academy in early 2020, leaving her visibly upset in bed after hearing the news.

"It was hard. I just had a very low self-esteem," Jennifer was heard saying in a voiceover.

The Get Right singer admitted that she felt she needed to rethink her Hollywood career after the Oscars snub as she added: "I had to really figure out who I was and believe in that and not believe in anything else."

The doc follows the star as she is preparing for the 2020 Super Bowl Halftime show.

Jennifer's fiancé Ben Affleck also shows up briefly in the new doc trailer as the topic of trolls and bad press the star has experienced is addressed.

The couple reunited in 2021 after ending their relationship initially 20 years prior due to too much public scrutiny, among other reasons.

"I asked her, doesn't this bother you?" Ben said about Jennifer in the clip before he shared that she told him in response: "I expected this."

Halftime is set to be released on Netflix on 14 June.

For all the latest showbiz stories, sign up for OK! 's daily newsletter here.