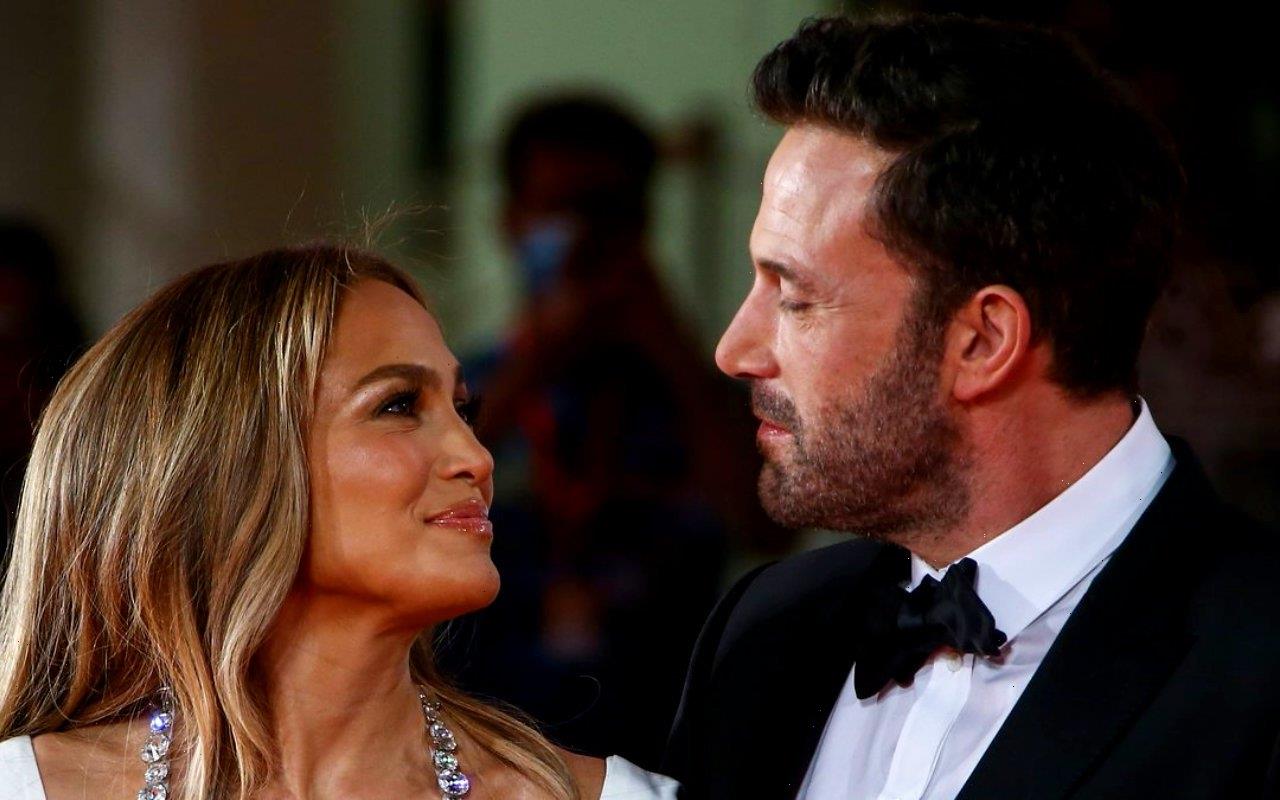 Showing some skin in a plunging white gown, the Shotgun Wedding actress is cozying up to her actor boyfriend when attending the premiere of his film ‘The Last Duel’ in Venice.

AceShowbiz –Jennifer Lopez and Ben Affleck are finally making their relationship red carpet official. Months after rekindling their romance, they made their first official public appearance together as a couple at the 78th Venice International Film Festival.

The pair walked hand-in-hand as they attended the premiere of his new film “The Last Duel” on Friday night, September 10. They flaunted PDA while posing for pictures, smooching and wrapping their arms around each other in front of photographers. The pair were also captured staring adoringly at each other.

Coming in support of her boyfriend, J.Lo stole the attention with her skin-baring and glam-up look. The 52-year-old actress/singer bared her cleavage in a white Georges Hobeika gown with a plunging neckline trimmed in crystals, which she paired with matching silver platforms and a sparkly clutch.

Ben, meanwhile, looked dapper in a classic black tuxedo with a white shirt and a black bow-tie. He completed the formalwear with shiny black leather shoes while sporting well-trimmed and thin facial hair.

Earlier on Friday, Jen also accompanied Ben at a “The Last Duel” photo call. For the promotional event, the duo opted for more casual look with the “Hustlers” star donning a two-piece outfit and high heels. Her hair was styled in high ponytail and she carried a black bag.

As for Ben, the 49-year-old Oscar-winning writer wore a dark suit on top of a white shirt. He accessorized with black sunglasses. He was also spotted on a speedboat, laughing with his co-stars Jodie Comer and Matt Damon as they sped around the canal.

Jen and Ben were first dating from 2002 and got engaged in November of that year, but they split in 2004. They moved on with different persons but after several failed relationships, they rekindled their romance in April. It has been reported that the pair have been house hunting in Los Angeles, apparently looking to buy something together, but they haven’t made their decision just yet.