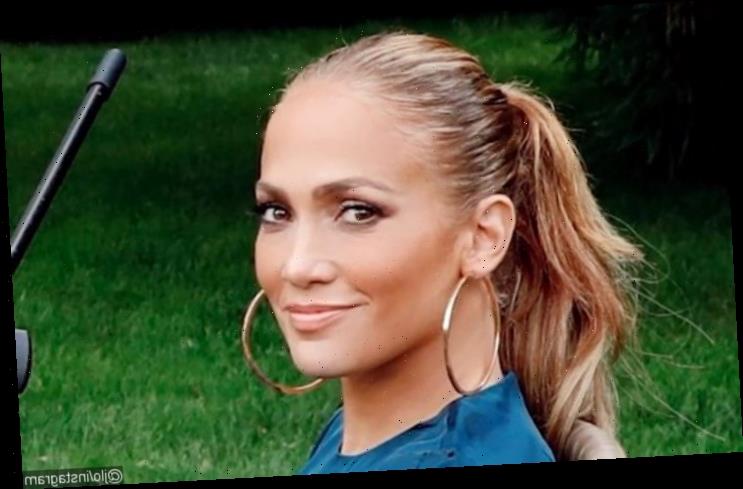 The ‘Hustler’ star speaks on the significance that she will bring to MLB if she becomes the first female owner of a sports franchise with the potential Mets acquisition.

AceShowbiz –Jennifer Lopez isn’t shying away from her interest to become the owner of the New York Mets. Appearing on “The Corp”, Alex Rodriguez‘s podcast with Barstool Sports’ Big Cat, the actress/singer has addressed rumors of her and her fiance being in talks to purchase the MLB team.

During the interview, the 51-year-old performer couldn’t hide her excitement at the prospect of being the first female owner of a sports franchise and what significance it will bring to the sport. “In this day and age, that would be something that would be so amazing,” she said. Noting that she didn’t “have anything to report on that end right now,” she added, “But I think in every field, especially in institutions like Major League Baseball that are so American in this moment in time, it is important for diversity.”

“It is important for women to have positions of power that they’ve earned, and deserve, and can contribute in a way that is just as good as any man on the planet. So of course I am for it,” she continued about being a strong woman with power in the league. As for the deal itself, the “On the Floor” songstress stressed, “Nothing to report.”

Rumors that J.Lo and A-Rod are interested in buying the Mets started swirling after Variety reported in April that the couple retained JPMorgan Chase to raise capital to put toward a possible bid. Months later, the engaged pair fueled the speculation as they were spotted taking a tour of the Mets’ stadium, Citi Field, earlier this month.

While baseball would be a totally new world for J.Lo, it’s not for her fiance. Alex played for the New York Yankees for 12 seasons before he retired from the sport in 2016. He was latter tapped to serve as special advisor and instructor for his former team, but his run concluded in 2019 after two years in position.