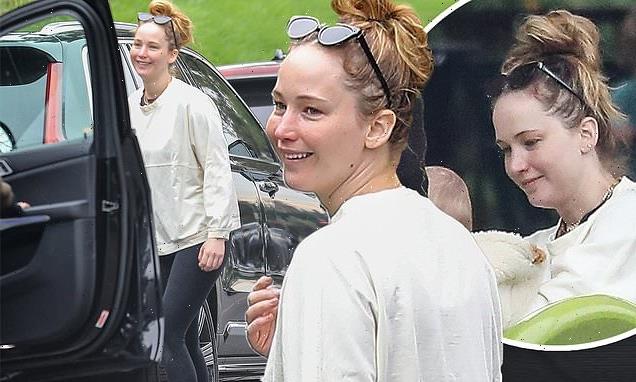 Baby’s day out! Jennifer Lawrence is a doting mother as she makes the rare move of holding her son Cy in public at a park in Los Angeles

Jennifer Lawrence made a rare appearance at the park with her son Cy on Wednesday in Los Angeles, California.

The 32-year-old shared some adorable moments with her little boy— whom she shares with her husband, Cooke Maroney — as they played on the slide and the baby swing before they headed back to their car.

The award-winning thespian wore a busy mom look with black leggings, a black t-shirt with a cream-colored long sleeve thrown over it, and Sherpa slides. 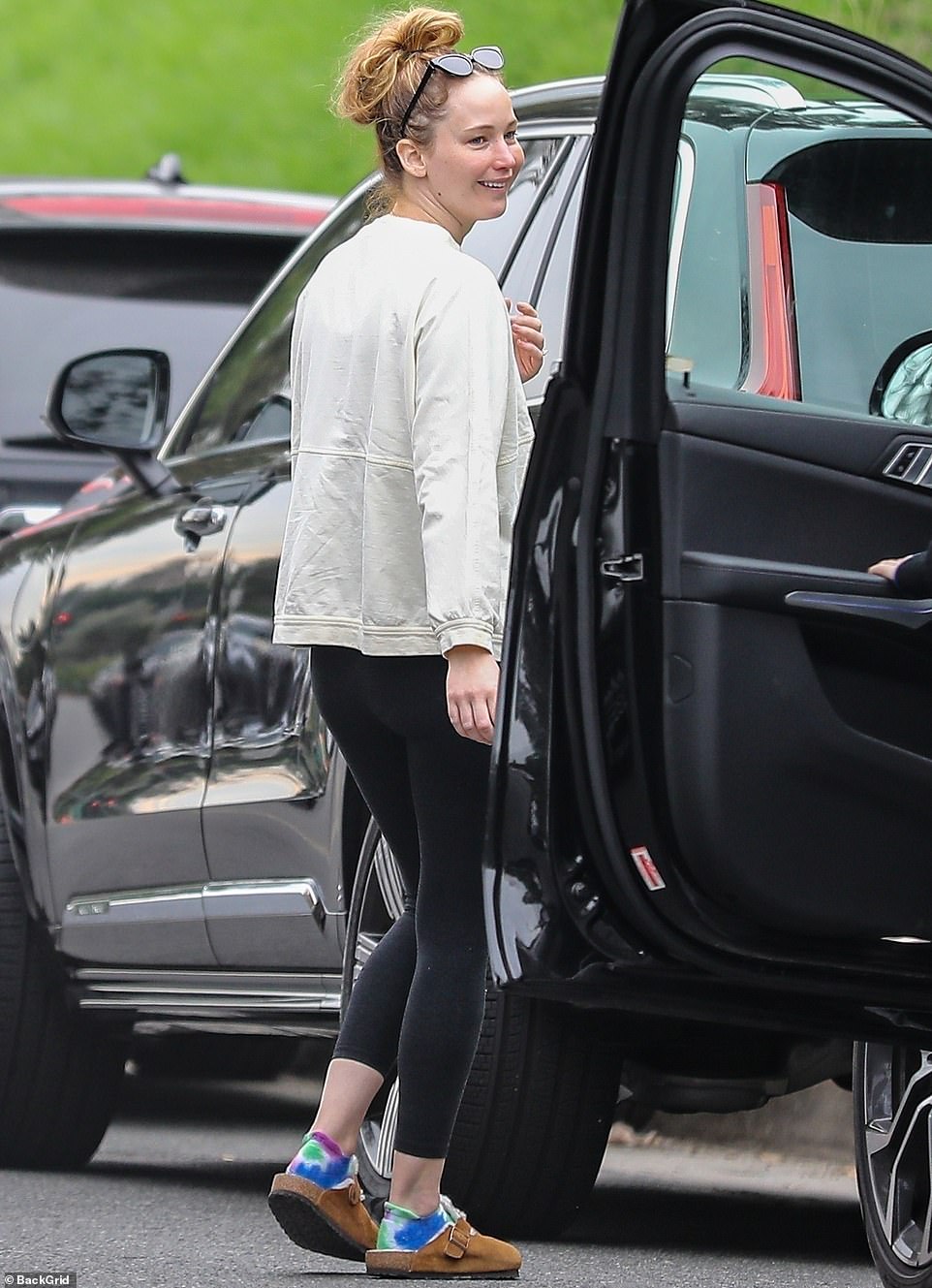 Mom on the go: Jennifer Lawrence was spotted at the park with her son Cy in Los Angeles on Wednesday 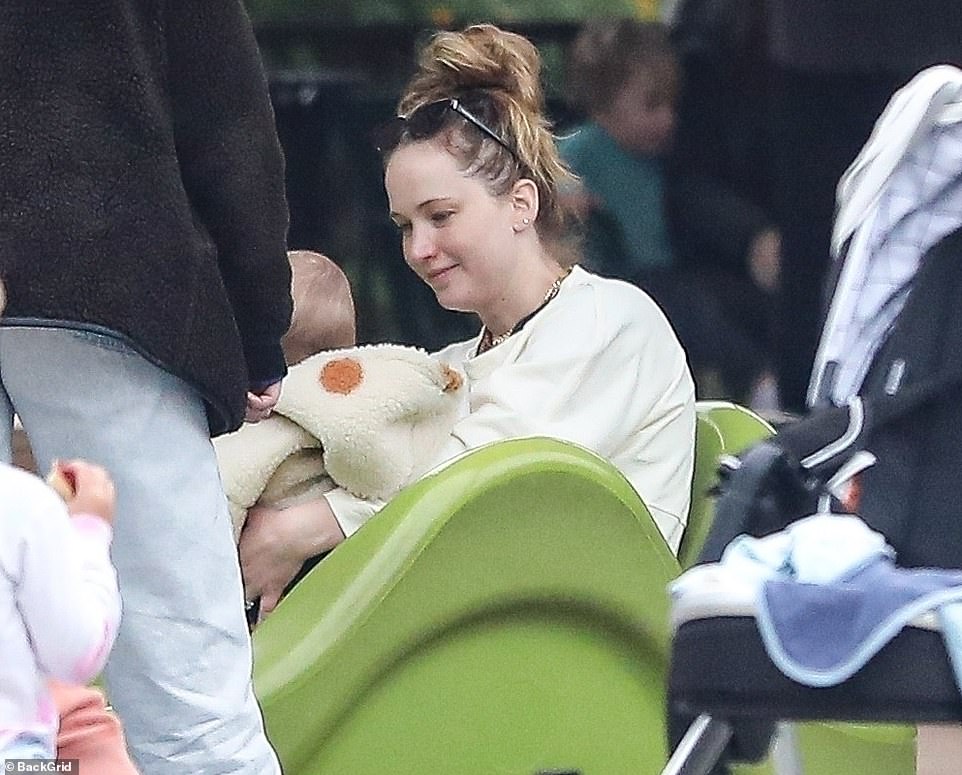 Adorable moments: The 32-year-old actress spent time playing on the slide and the baby swing with her 10-month-old

The star also had her thrown up in a messy bun, had no makeup on, and had a pair of sunglasses on her head.

Her 10-month-old son Cy was dressed in a pair of pear print overalls, a polka dot Sherpa jacket from At Noon, and converse sneakers.

The Hunger Games actress had her son in February with her husband Cooke Maroney, who is an art gallerist in New York City.

The pair met in 2018 when a mutual friend introduced them, and they got engaged after less than a year of dating. 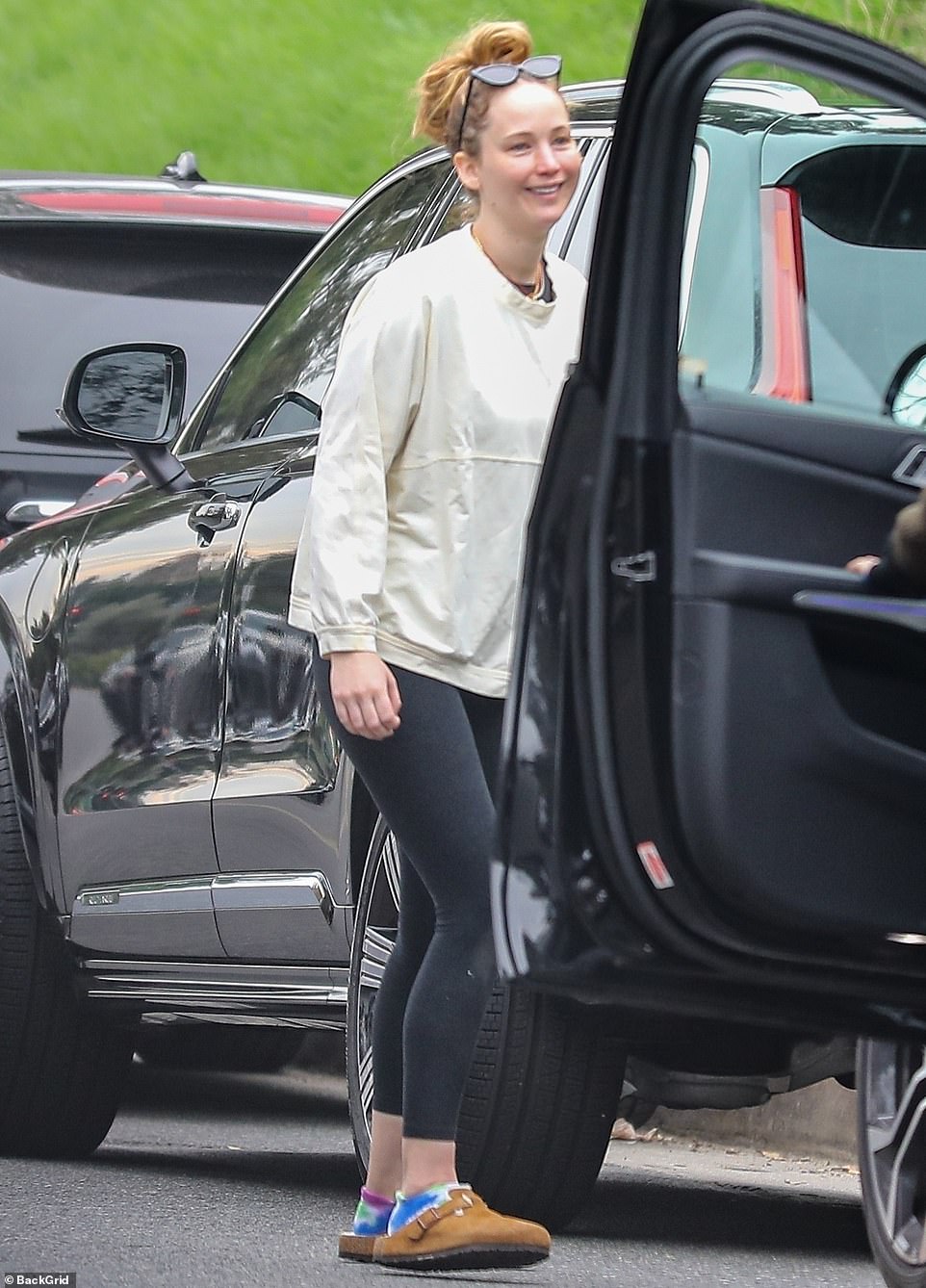 Still stunning: The Hunger Games star wore her hair in a messy bun, had no makeup on and had a pair of sunglasses on her head and she still looked good

Jennifer was recently featured on Variety’s Actors on Actors and took part in the one-on-one interview with Viola Davis.

The two A-list actresses opened up about the similar struggles of motherhood and the lack of connection between people in recent years.

Viola, who is most known for her roles in The Help, How to Get Away with Murder, and The Woman King, said: ‘Listen, everything that we do as actors helps people feel less alone.

‘We’re living in a world now where we’re so disconnected from ourselves that we can’t connect with other people. And that’s because everybody is perpetrating a fraud. I mean, everybody!’ 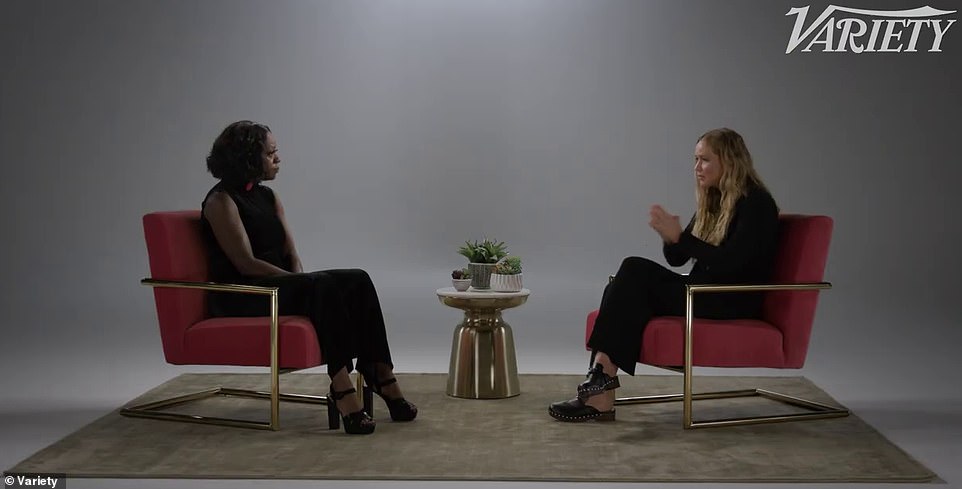 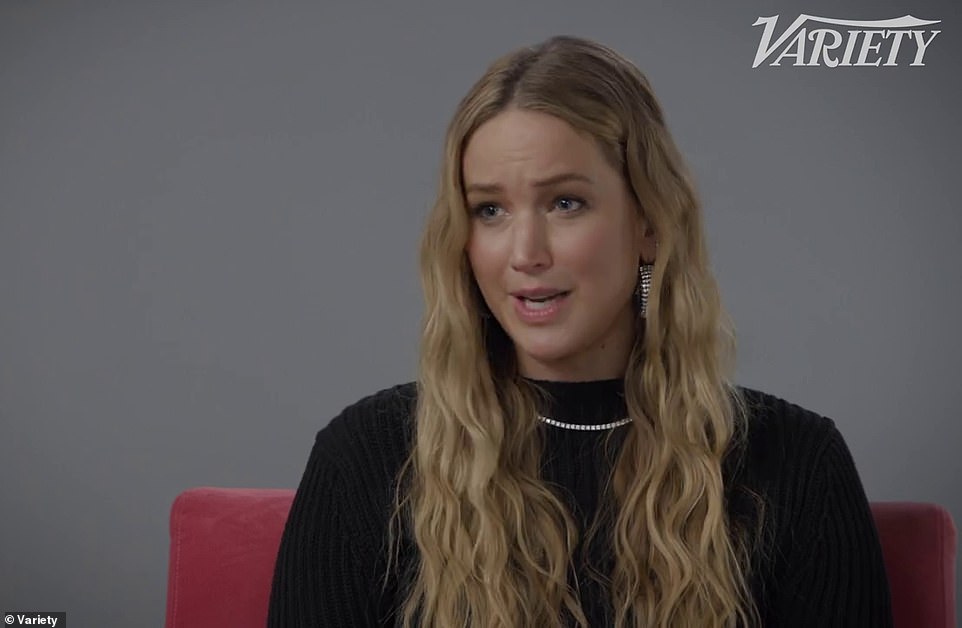 Struggles of motherhood: The two actress shared their thoughts on motherhood and how hard it is for people to make connections

Jennifer then spoke about how her latest film, Causeway, was made during three significant events in her life: marrying her husband Cooke, having her first child, and the global pandemic.

‘I made the movie right before I got married. And then we had the pandemic. Two years later, I’m pregnant, we go back, and we make the rest of it. It was the scariest thing in the entire world to think about making a family.’

Causeway is an Apple TV+ film that stars Jennifer and Brian Tyree Henry and follows a US soldier who experiences a traumatic brain injury during her tour in Afghanistan and now struggles with everyday life as she waits for her redeployment. 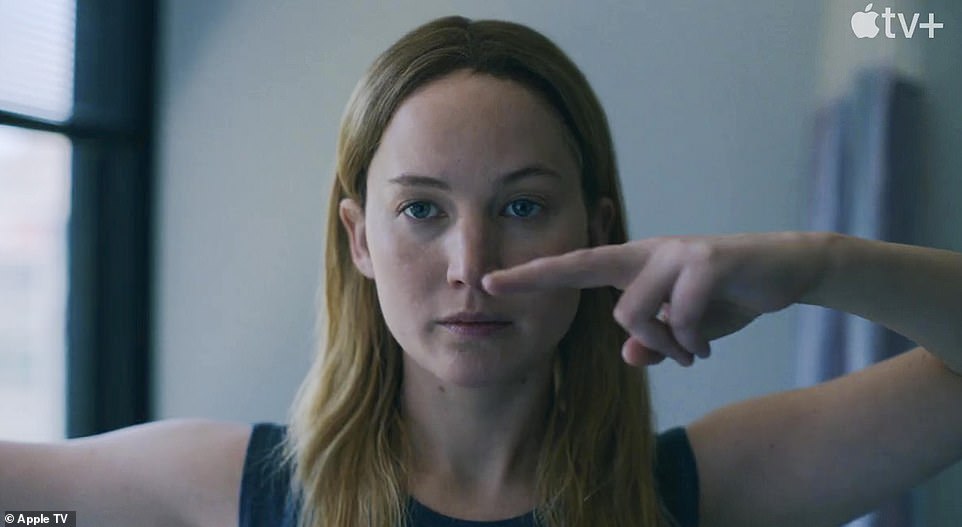 Work life balance: In the midst of getting married and having a child, Jennifer filmed her new movie Causeway which released on Apple TV+ in September