They were on a break! Jennifer Aniston and David Schwimmer kept fans fascinated for 10 seasons with their will-they won’t-they relationship as Rachel and Ross on Friends. What viewers did not know is that the actors’ chemistry was so real that they nearly dated off screen too.

Aniston, 52, and Schwimmer, 54, revisited their flirtatious interactions during Friends: The Reunion, which dropped on HBO Max on Thursday, May 27. When James Corden asked the cast if anyone had real-life romances, the Morning Show star replied, “David?” 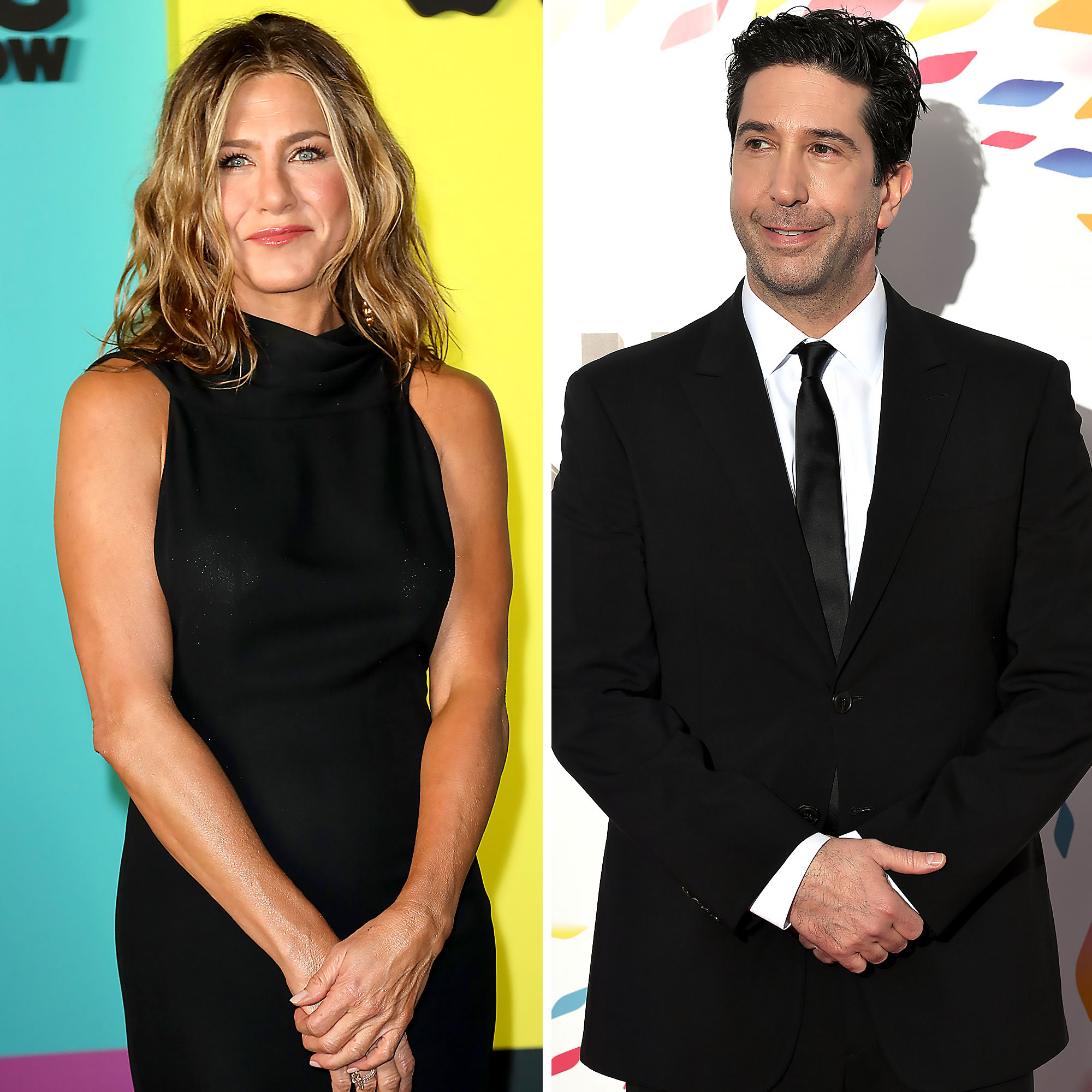 The American Crime Story alum confessed that he had feelings for his costar. “The first season, I had a major crush on Jen,” he recalled, while she revealed, “It was reciprocated.”

Schwimmer detailed the nature of their relationship, insisting that it never went further than friendship. “I think at some point we were both crushing hard on each other, but it was like two ships passing because one of us was always in a relationship, and we never crossed that boundary,” he said. “We respected that.”

‘Friends’ Cast From Season 1 to the HBO Max Reunion

Aniston and Schwimmer hoped to cross into more romantic territory before their characters got together on the show, which happened during season 2. “I remember saying one time to David, ‘It’s gonna be such a bummer if the first time you and I actually kiss is going to be on national television,’” she divulged. “Sure enough, the first time we kissed was in that coffee shop. We just channeled all of our adoration and love for each other into Ross and Rachel.”

The castmates were very close when the cameras were not rolling too. “I thought back on the very first year or two, you know, when we had breaks from rehearsal, there were moments we would cuddle on the couch,” Schwimmer said.

Aniston added: “We would spoon and fall asleep.”

Schwimmer wondered if their offscreen chemistry was apparent. “I’m thinking, ‘How did everyone not know we were crushing on each other?’” he asked. However, the cast — LeBlanc, Courteney Cox, Lisa Kudrow and Matthew Perry — agreed they “knew for sure” about the sparks between the pair.

The Madagascar star resolved that “it was a situation that we couldn’t do anything about it.”

Schwimmer and Aniston’s Ross and Rachel dated on and off throughout the show’s run from 1994 to 2004. The couple ultimately ended up together in the series finale. The actress joked via Instagram in October 2019 that the iconic duo are “on a break” in the present day.

However, during the reunion special, she noted that they’d be married today with kids while Ross would still be “playing with bones” as an archeologist.

The Horrible Bosses star had several high-profile relationships while starring on Friends. She dated Adam Duritz and Tate Donovan before marrying Brad Pitt in 2000. She and the Oscar winner, 57, divorced in 2005. Aniston tied the knot with Justin Theroux in 2015, but they announced their separation in 2018.

As for Schwimmer, he was linked to Natalie Imbruglia, Mili Avital, Carla Alapont and Tina Barrett during his years on Friends. He was married to Zoë Buckman — with whom he shares daughter Cleo, 10 — from 2010 to 2017.