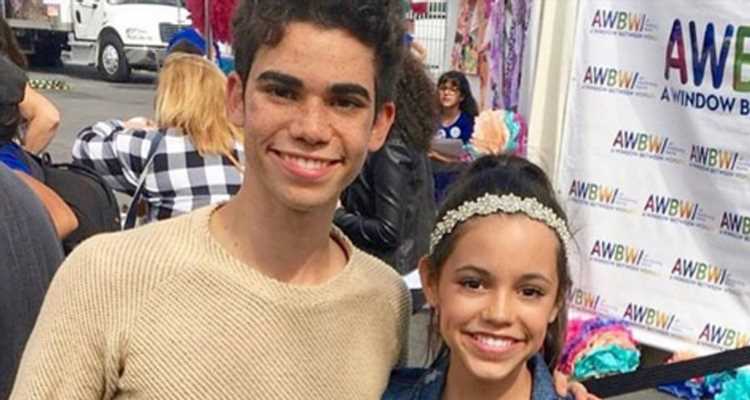 The 16-year-old actress took to her Instagram to share a photo with Cameron at an event and recall when they met for the first time on the set of Jessie.

“Cameron will forever be one of the nicest people I’ve met. I’ll never forget one of the first times I met him. He was skateboarding outside of the Jessie set. I was heading to an audition, when he rode past me with his arms reaching for a high five, shouting ‘Good luck! You’re gonna do awesome!’ I looked at my mom with the biggest grin on my face,” Jenna wrote.

She continued, “He was so good at making people happy. Thank you for all of the smiles, Cameron. The world is a little less bright without you in it. #DisneyFamily”