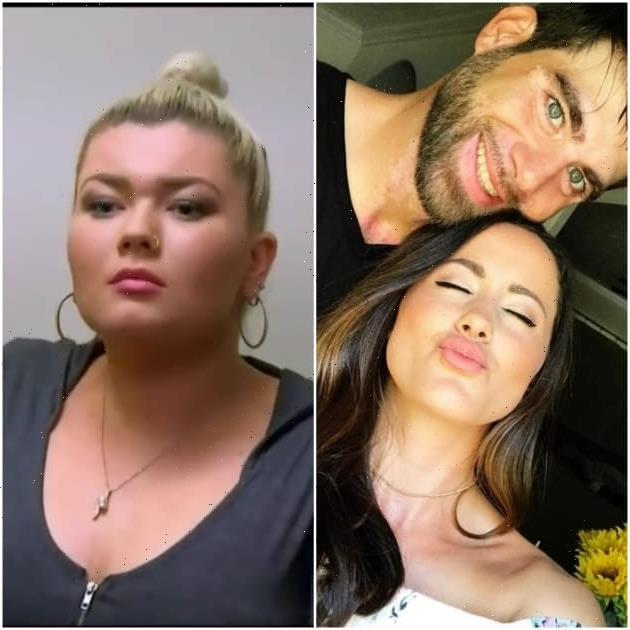 Jenelle Evans is always full of complaints, and her pity parties are usually full of finger-pointing and utterly devoid of self-reflection.

These days, Evans’ biggest gripe is that she deserves a chance to the world how much she’s grown and changed for the better, but MTV is denying her that opportunity.

Obviously, this argument is foolish for a number of reasons, not the last of which is that Jenelle still posts daily updates about her life, and she appears to be just as angry, ignorant, petty, bigoted, and reckless as she ever was.

And that’s how she comes off when she’s in complete control of what the public sees!

Despite that, Jenelle is convinced that the world would see her differently these days if only she had been invited to join the cast of Teen Mom: Family Reunion.

Clearly the real reason that Jenelle is pissed about not being re-hired by MTV is that she could really use the paycheck, but the “showing the world how much I’ve changed” argument is a nice cover for when Evans wants to complain about the injustice of it all.

And complain she does!

In addition to her anger at MTV, Jenelle is pissed at Amber Portwood, who committed the unpardonable crime of being cast on the latest Teen Mom spin-off.

Jenelle says Amber should have been fired from the franchise years ago, and to be fair, she has a point there:

Portwood attacked her baby daddy with a machete and somehow held onto her job, which is absolutely bonkers.

Anyway, Amber’s employment doesn’t affect Jenelle’s life in any way, but Evans has Portwood on the brain in a big way these days.

Earlier this week, Jenelle launched her latest project, and like most things in her life, it has everything to do with her ongoing MTV fixation.

Jenelle has made a series of videos in which she watches whole episodes of TMFR and comments on them in real time.

Needless to say, this is a person with a lot of time on her hands.

Jenelle’s husband David Eason didn’t appear in her first reaction video, but she says she felt the need to bring him in for episode two because “this sh-t is so bad” that he needed to see it for himself.

The “sh-t” Jenelle is referring to is Family Reunion, not her own YouTube series — she almost stumbled on to a factual statement there.

Evans and Eason really latched onto a scene in which Amber joked that she was waiting for her “meds to kick in.”

“She always says stuff like that, and then she’s like, ‘I need to take my meds before I do something crazy.’ David chimed in.

“I’m gonna tell you something right now, you have not changed if you need to take meds every morning to act normal.”

“I think you can talk about how great you’ve been when you stop getting in trouble,” Jenelle replied/

“When you haven’t been on probation for about ten years, let’s hear your recovery story – when you recover.” David said.

“You’re making excuses for yourself.”

Now, we could go on and on about the irony of Jenelle Evans of all people accusing someone of falsely claiming that they’ve changed.

But instead, we’ll focus on the more idiotic part of this segment, which is the fact that Jenelle and David think people who take medication to treat their mental illness should be mocked for doing so.

Thankfully, Evans’ commenters were quick to point out the needless cruelty of her remarks.

“Aren’t y’all on Xanax to be normal?” one person wrote.

“Jenelle really doesn’t get it, does she?” another asked.

“Jenelle wants to be seriously ill- which would most likely require her to be taking daily medication! She is a fool,” a third person chimed in, referring to Evans’ frequent complaints about her own health.

Another quoted one of Jenelle’s most absurd comments writing:

“The lack of self awareness is truly inspiring. ‘she’s always yelling at someone!’

Yes, the whole thing is pretty dumb, but at least these two don’t believe the Earth is flat or anythning batsh-t like that.

You just can’t make this stuff up!