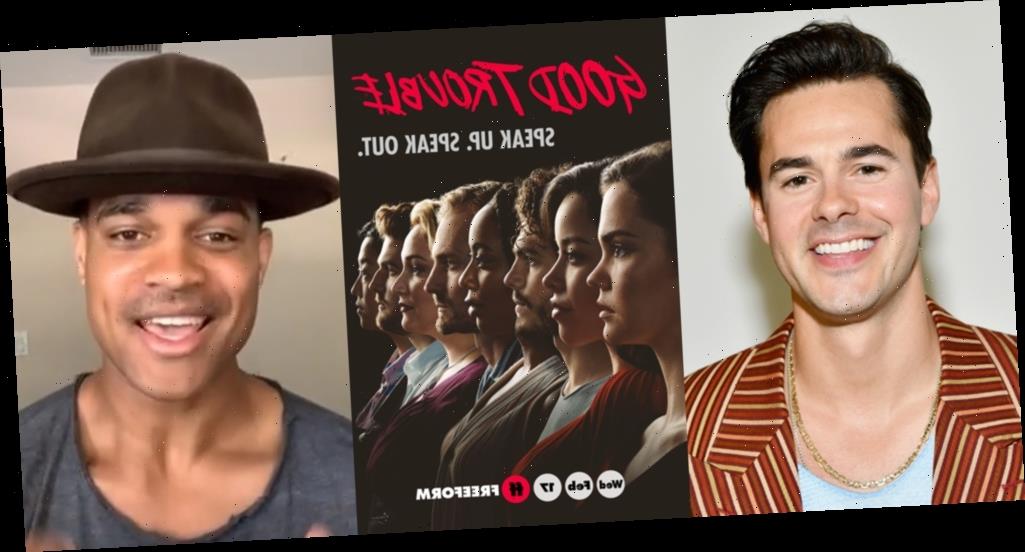 Good Trouble is getting a couple of new faces for the upcoming third season!

It was just revealed that Jayson Blair and Marcus Emanuel Mitchell have joined the cast as recurring characters.

Marcus will portray Dyonte, “an activist and organizer with a strong sense of purpose, a nurturing spirit and a sly, playful sense of humor who works with Malika (Zuri Adele).”

This isn’t the first Freeform series Jayson has been on. He previously had a recurring role as Josh’s brother on Young & Hungry, and was a love interest for both Emily Osment‘s Gabi and Aimee Carrero‘s Sofia.

Marcus is most well known for his role as Dondre Hall in Step Up: High Water, as well as Making Moves and High Strung.

In addition to the new casting announcements, a new season trailer was just released. Check it out here!