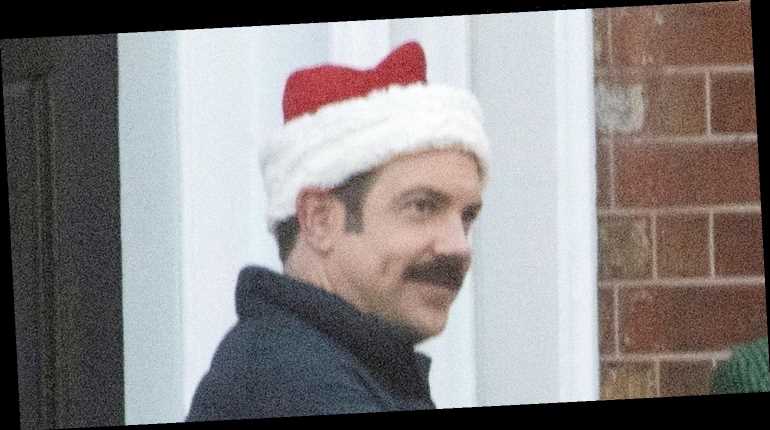 Jason Sudeikis is back at work!

The 45-year-old actor returned to work on the upcoming second season of Ted Lasso on Wednesday afternoon (March 3) in London, England.

In the latest set photos, Jason can be seen wearing a Santa Claus hat as he filmed a scene outside of a pub with co-star Hannah Waddingham.

In between scenes, Jason stayed safe in a face mask while the 46-year-old British actress sported a face shield while they chatted with crew members.

Jason‘s return to set comes just a few short days after he won Best Actor in a Comedy of Musical for his role in Ted Lasso at the 2021 Golden Globes!

During the awards show, Jason went viral for his outfit that fans can’t stop talking about.

Get the latest scoop on Jason Sudeikis‘ rumored new girlfriend.

You can stream all of season one of Ted Lasso on Apple TV+ now!